Crises, whether collective or personal, test our critical sense and our ability to analyze. Distracted by the exceptionality of the event that is hitting us, we often neglect important issues, delegating to other decisions that will affect our lives. Today, the raging pandemic and the related inconveniences, deflect our attention from issues that should be urgently and collectively discussed because they closely affect the fate of each of us.

That’s why I’m proposing to take a look at the National Recovery and Resilience Plan (PNRR). The PNRR sits within the Next Generation EU program, a €750 billion package provided by the European Union in response to the crisis caused by the pandemic.

Although the objectives are all aimed at recovering from the current situation, there is something about climate and energy that does not convince the experts. According to the opinion of the Energy for Italy group, in fact, the plan is lacking in the definition of measures that will lead to a real ecological transition and its accompanying energy transition. The increase in renewable energy foreseen by the PNRR is totally inadequate to face the crisis that is about to overwhelm us if we do not immediately take action.

The urgency and severity of the current climate condition do not allow for a moderate approach to the problem. We need an ecological transition based on the concept of integral ecology. This approach must involve the economic, social, environmental and cultural spheres. It is not possible to conceive of a revolution that excludes only one of these aspects. For the disastrous environmental situation to be reversed, a change in the economic sphere is necessary, accompanied by the creation of an ecological culture and society. In this sense, education and research are absolute priorities for the country. Italy must close the gap that sees it spending only 150 euros per citizen per year on research, compared to 250 and 400 euros in France and Germany. It must invest in education and in the creation of a more inclusive and equitable culture.

Currently, every day there are hundreds of calls to save the Planet. But what we would like to have is a bit more pragmatism, cleaned up by the poorly oiled mechanisms of bureaucracy. For example, we would like initiatives and proposals to be taken into consideration that have not yet been contextualized within start-ups and are not fully functional, but which could be incisive in the energy field. I am talking about small realities that study alternative energy solutions (especially in the wind power field) and that, not having solid economic structures behind them, have a difficult time emerging due to the bureaucratic vices of the country. It is a sad reality that links the possibility of speech to the economic capacity of any entity or company. This process, which unfortunately condemns to death all those proposals with low economic capacity, but potentially decisive, must be changed if we want to respect the principle of democracy that drives our Republic.

Of course, opening the market to unknown companies that are competitive in terms of ideas can scare off industry veterans.

Those who produce or support anything, even something as intangible as ideas, and that has wide diffusion, tend, even if in good faith, to dislike novelties that may turn out to be better than that and devalue it.

An example, in the field of everyday consumer goods, is the resistance – victorious for decades – of shaving cream and safety razor producers to the spread of electric razors, even though they are less irritating to the skin and cheaper in the long run.

A paradoxically opposite example, and therefore suspected of corruption, is the forced continuous renewal of the private car sector, which under the pretext of air pollution has been imposed in only 8 of the 28 EU countries, including Italy (in defiance of the spirit of Article 25, paragraph 2, of its Constitution and the letter of Article 24 of the Consumer Code), for the exclusive benefit of car manufacturers.

The greatest risk for life on Earth is Global Warming and the consequent Climate Change (much more serious risk than the pandemic, which is only a probable effect), caused by the growth of parts per million of CO2 in the atmosphere, occurred with the human industrial development, for the intense use of fossil energy sources (coal, oil, methane) made in the last two centuries.

It is therefore vital, in the truest sense, that every product – including green energy generators – have as low an energy cost as possible. Their EROEI (Energy Return On Energy Invested) should therefore be taken into account when choosing them.

One of the renewable sources most used today to produce energy without emitting CO2 is wind power, whose EROEI varies from 5 to 80, depending on how windy the place of use is. Consequently, incidentally, the sector has been infiltrated by organized crime, which has managed to profit from government incentives by installing factories even where there is little wind.

The energy cost of industrial products is proportional to their mass (weight); a mass that is not declared by any manufacturer of large wind towers, proving that this is their energy Achilles heel (see, for example, the General Electric website, which is one of the most important).

To the mass of the tower must be added that, approximately equal, of the foundation plinth in reinforced concrete, a material that is also very energy intensive.

Therefore, this does not seem to be the most efficient way to exploit the greatest reserve of energy on the planet: high altitude winds.

Not by chance, in 2011, the organizations that dealt with AWE were more than 40 and six years later they had grown to over 60, proving the attractiveness of a technology that, reducing by 90%, with the same power, not only the economic costs of wind towers, but also the energy ones, it reduces by the same amount the time of return on investment; important advantage, in a climate perspective, since the permanence in the atmosphere of CO2 is estimated between 50 and 200 years.

One example, among many, of the block that prevents new ideas – technical or not – to be at least known and judged by possible investors is the KGM1 Project.

It is based on concepts different from the multitude of AWE projects. Concepts based on simplicity and on a “linear” system that works at constant altitude and without ever stopping the generator, uses kites (Kite type) of normal production and is conceived by a paraglider and glider pilot, Marco Ghivarello, who meets those winds in person, for many years, every weekend.

Well, the 200 pages containing calculations, recordings of tests and an accurate Business Plan, in addition to the Master’s thesis done on KGM1 and a first prototype validator of trajectories have not been able to be at least examined, lately, neither by the only Italian oil company, ERG of Genoa , which for several years has meritoriously taken on the production of electricity from wind power as its main purpose, nor by the Solar Impulse Foundation, the creator of a tour of the world on a plane powered by solar energy, which has revived the past merits of exploratory and environmental Piccard family.

This Foundation – to be noted – proposes as many as 1,000 solutions, profitable and useful for the good of the Planet, but the potential of KGM1 has not even wanted to examine them. A TRL6 would be needed, that is a perfectly working prototype, or a “Mission Impossible”, for those who, like Marco, don’t have the money to bring into production millionaire initiatives, but potentially useful for humanity and having a worldwide scalability. 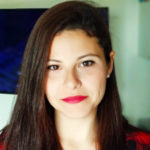