The UN resolution for humanitarian aid through the Bab Al-Hawa crossing expires on 10 July 2021: if it is not renewed, the lives of 3.4 million people will be in thrall to Bashar Al-Assad’s regime. The appeal of Still I Rise.

A real humanitarian catastrophe: this is the prospect for North-West Syria if the UN Security Council resolution that allows cross-border humanitarian aid through the Bab Al-Hawa crossing is not renewed on 10 July.

The renewal is put at serious risk by Russia, which supports Bashar Al-Assad’s regime. The Country has already made it clear that they wish for this border point to be closed, and for humanitarian aid to North West Syria to come directly from Damascus and the regime-held areas. If this position were to pass, this would be a disaster for 3.4 million civilians, who are already at the end of their strength and under constant attack.

In June alone, the regime – backed by Russia – killed at least 46 people in the region, according to an estimate by White Helmets – Syria Civil Defence. Among the places bombed, a cemetery was hit during a funeral and a house whilst the family was having breakfast.

«When the news broke that the UN security council resolution might not be extended, and aid completely cut, prices skyrocketed. Most people are barely managing to survive, and if humanitarian aid gets cut they will have no other choice but to either die or move again and, as borders stay shut, the only option would be to move to regime held areas – where they risk torture, death or having to fight», says Abdulkafi Alhamdo, Syria Program Manager of Still I Rise. «Assad’s regime knows this, and we are afraid they are going to use food as a weapon: “starvation or submissiveness”, as the informal motto in many parts of Syria goes. Are food and medicine really a privilege that world leaders have to vote on? Is keeping people alive a matter that needs being negotiated over?».

About a thousand trucks a month pass through the Bab Al-Hawa crossing with food, medical and educational supplies, life-saving aid and even what few Covid-19 vaccines North-West Syria has been able to secure for the population. 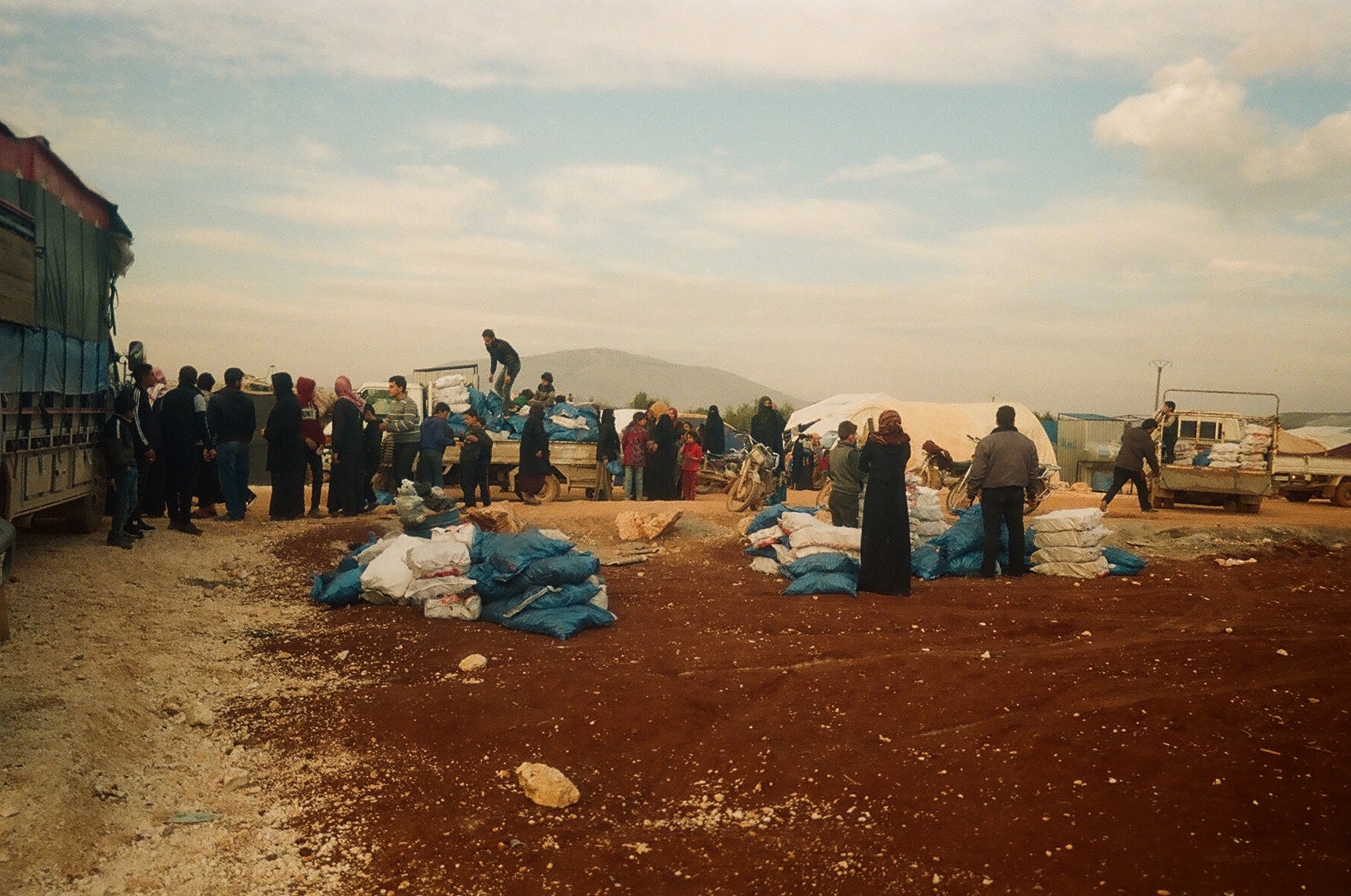 More than 2.7 million Syrians from other parts of the country are displaced in this area: if they returned to the regime-controlled areas, they would risk their lives. More than 1.7 million live in camps with very limited access to running water or electricity, of which 80% are women and children. Furthermore, most people have great difficulty finding food, and severe acute malnutrition in children increased 55% in the month of April 2021 only.

Life in these camps is getting tougher and tougher, as witnessed every day by the students of Ma’an, the Still I Rise education centre in the city of Ad Dana. Through photographs taken for the “Through Our Eyes” project, they describe an alienating and exhausting reality they have been forced to live with all their lives.

Like Tammam, 15, who accompanies three of his photographs with this thought: “I had a home, and the tent is now my shelter. I had a city but now this camp is my city. Kids like life, but these kids are chained to the life of these little tents. Some people are trying to rebuild. My worst nightmare is that my tent could become my forever home.” 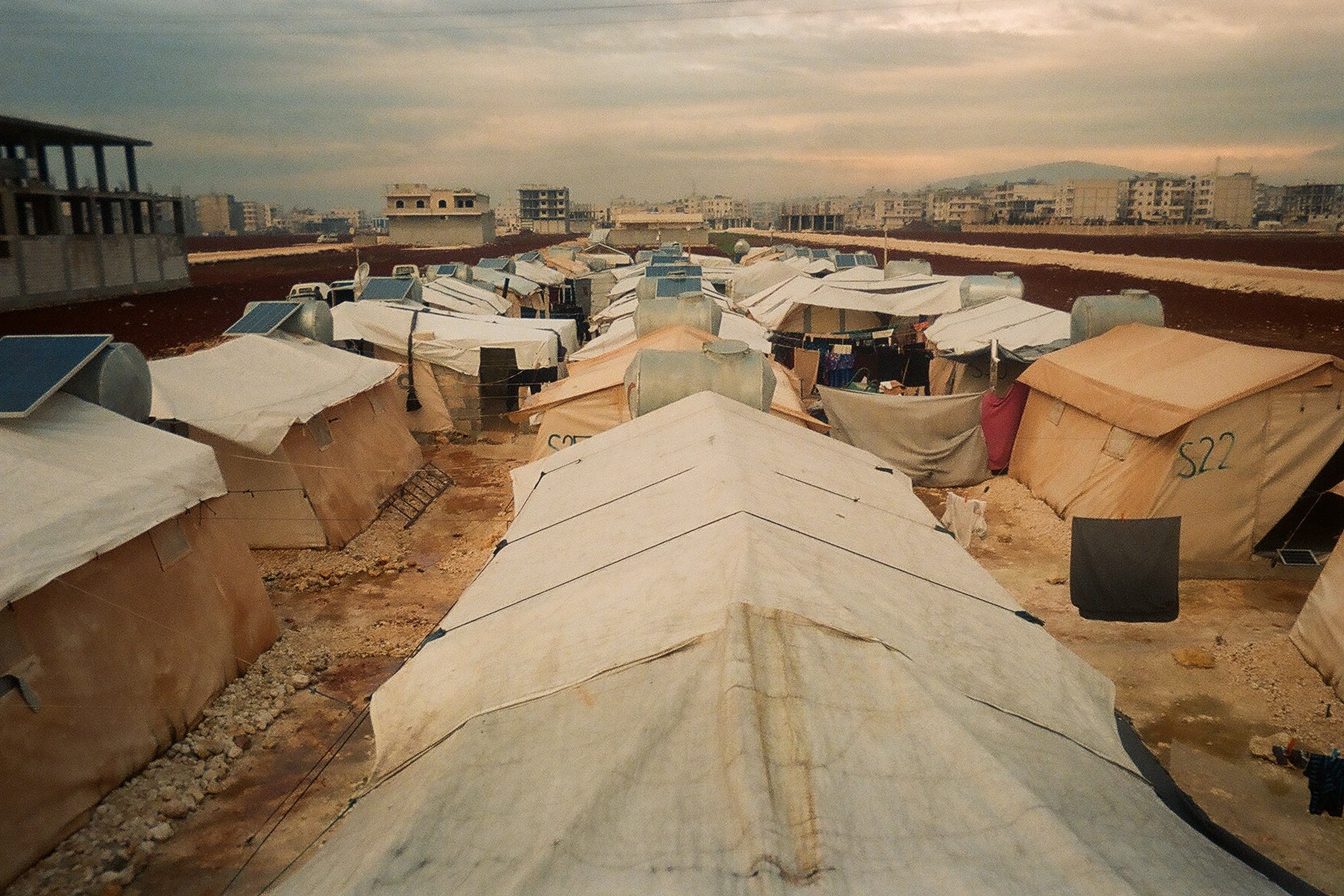 In this already highly dramatic context, the closure of the Bab Al-Hawa crossing would mean condemning civilians to an incalculable catastrophe. «We are incredibly anxious and worried that the resolution might not be renewed and look in horror at the scale of devastation millions of people would have to go through. Syrians have suffered more than enough», says Giulia Cicoli, Advocacy Director of Still I Rise. «We are hoping that, at least for once, politicians and world leaders will put people before their political agenda, and that the Bab Al-Hawa border will stay open and continue providing life-saving humanitarian aid into North West Syria».