Over the last 5 years the Greek island of Samos has become synonymous with the struggles faced by displaced people. With the fight against encampment, against limited access to food, to healthcare and to education. It is an island with a history of solidarity and that sense of solidarity was on full display tonight. The Pansamian peace committee, an organisation that believes that ‘we are humans and we have decided to fight for peace and friendship among people’, organised a demonstration for peace, and against the new Zervou camp currently under construction on the island.

The conditions facing displaced people on the island have been poor for a long time. In 2019 and early 2020, for example, over 7.000 people were housed in the Vathy Reception and Identification Centre (RIC), which was built to house only 648 people. During the winter people faced extreme storms and cold temperatures, in the summer extreme heat, dehydration, rats and snakes. They faced all of this with limited access to healthcare and support, with long lines to access food, and often relying on the NGO community to fill gaps left behind by the Greek State and EU actors.

Now, in May 2021, the number of people ‘housed’ in the RIC has reduced. UNHCR figures suggest that the population of the RIC is 2.000 people, with 1.770 housed in tents in the outer area of the camp referred to as the ‘jungle’. However, the problems remain and the threat of the new Zervou camp, which is over an hour and half walk from the town, makes things even more difficult. Moving people out of town and into a remote area of the island will make access to the support of NGOs far more difficult and the human beings ‘stuck’ here far less visible.

Tonight’s march, which started at the new camp and made its way down to the central square of Vathy over a number of hours reminded us of the sense of solidarity that exists on the island. Speeches and chants from the refugee community as well as from the Pansamian Peace Committee reminded us all to stand together and to stand against racism. There are many problems that face the displaced community on Samos, and these should never be forgotten and always challenged, but tonight’s rally showed that community and solidarity still exist here and that people stand together to say no to camps, no to detention and yes to humanity. 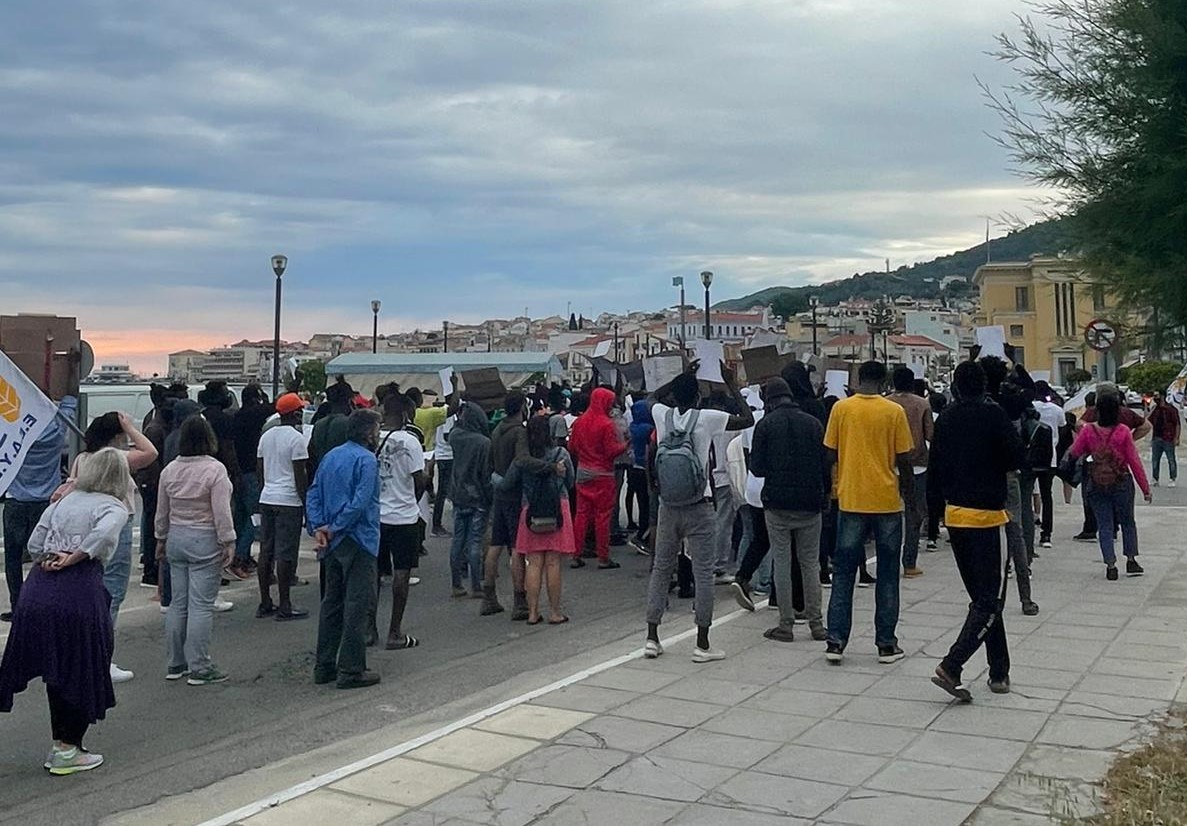 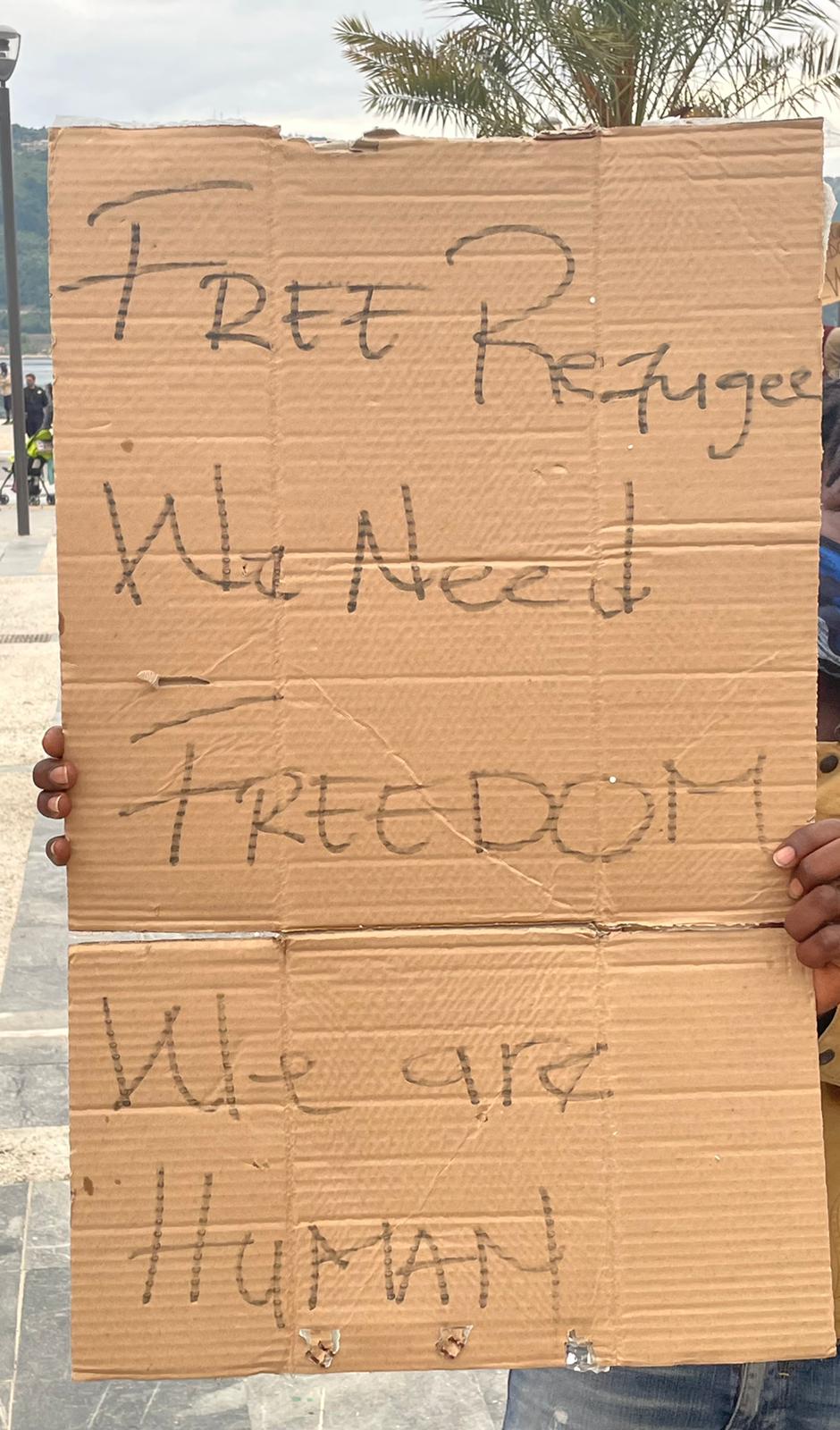