May 9th, Europe Day, through a new initiative, also becomes EU Sign Day, and is calling on European citizens to sign the European Citizens’ Initiatives and in that way strengthen their participation in the EU policies.

9th of May is Europe Day. A day when Europe is celebrating a historic milestone: the “Schuman Declaration” which, after World War II, called for a new form of political cooperation and is considered the beginning of today’s European Union. The EU Sign Day initiative calls on European citizens to also celebrate the future by informing them about the European Citizens’ Initiatives (ECI) and signing one or more of them.

What is the European Citizens’ Initiative?

The European Citizens’ Initiatives are transnational legislative proposals by European citizens on various issues such as climate change, public health, human rights, etc., which if they succeed to collect 1 million signatures from across the European Union, the European Commission should take the necessary measures to implement them. The prospect of legislation or revision of existing legislation makes signing an ECI, a vote.

However, the EU institutions have made this tool of direct democracy quite difficult to implement.

Firstly, the right of European citizens to shape European policies is not at all known. The vast majority of the European population is ignoring the existence of this tool that has been in our hands for 10 years. A survey shows that only 2.4% know what European Citizens’ Initiatives are.

The lack of awareness on the ECIs, the large bureaucracy and their unclear results by the EU have led to the registration of very few initiatives and the success of even fewer. Since the establishment of the ECI, 102 initiatives have been registered, 78 have been approved and only 6 have managed to collect 1 million signatures -7 when we count the informal STOP TTIP initiative which after collecting over 3 million signatures was vindicated and recognized as an ECI by the Court of Justice of the EU. But even for these few successfully completed ECIs, the European Commission was quite reluctant to give a legislative response. The Right2Water ECI, the first successful initiative, led to the revision of the Drinking Water Directive 9 years later.

But not collecting the required 1 million signatures for an ECI is not always a failure. ECIs raise issues in public debate, are opportunities for citizens networking and can produce results in other institutions as well as in local communities.

So, the current ECIs joined forces to raise awareness and inform about this opportunity that we all have. The EU Sign Day initiative invites citizens to sign and promote the ECIs and calls the European institutions to inform citizens about the ECIs, make them more visible and include them in the framework of the Conference on the Future of Europe. It is up to the 446 million European citizens how much they will be able to strengthen the influence of the ECI and not leave policy-making to the lobbyists in Brussels.

There are currently 14 ECIs that you can support with your signature. At Pressenza we are currently actively supporting two ECIs, the “No Profit on Pandemic” initiative and the “Unconditional Basic Income” initiative. You can find them all here: https://eusignday.eu/

2 – 10 years since the adoption of the first ECI regulation: cause for celebration or concern ?, Kalypso Nicolaidis, Petar Markovic, https://europa.eu/citizens-initiative-forum/blog/10-years-adoption-first -eci-regulation-cause-celebration-or-concern_en 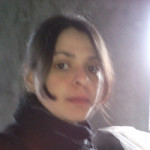 Olga Pateraki
Olga Pateraki, activist with the Humanist Movement, member of World without Wars and Violence, member of Pressenza Athens, lives in Athens.