The following article was first published in the November 2020 edition of Cadmus, the journal of the South-East European Division of The World Academy of Art and Science.

The current paradigm through which the most influential nations pursue security is incapable of addressing several dynamic threats to the survival of modern civilization. Currently, the focus through which security is primarily sought is based on nationalism with an emphasis on military power.

The first duty of the state—to protect and serve its citizens—today cannot be adequately met by this approach. It cannot address threats of environmental degradation nor the personal health and well-being of people. In fact, it is an approach that is exacerbating adversity rather than encouraging the cooperation necessary for sustainable living and development.

Realistic solutions require an appreciation of the current actual undeniable existential global threats of climate change, pandemic disease and nuclear weapons as well as the everyday impact on people looking for protection from scarcity, disease, hunger, unemployment, crime, social discord, political oppression, and injustice. The allocation of resources, both economic and intellectual, to protect territory from aggression and to advance perceived national self-interest primarily by military means is disconnected from solving either causes or conditions of current insecurity.

A comprehensive approach that refocuses energy, resources, and metrics of success on human beings and the natural and social environments in which we live is needed. Human security is the integral principle necessary to organize this practical and realistic approach. It is implicit in the Sustainable Development Goals but not yet the actual security policies of major nations. Human security recognizes the need for an approach integrating multiple dimensions of human activity such as culture, economics, politics, and military deployments and doctrines.

The budgets of the most powerful and influential states express the ideas and beliefs through which they pursue security which rests largely on the ancient Roman maxim that peace is achieved best by the preparation for war. It is a grossly reductionist and thus inaccurate approach. It is pursued through several obviously contrary doctrines: the pursuit of both strategic stability and military advantage. It creates and institutionalizes adversity while cooperation based on shared interests, best served through diplomacy and the rule of law, is marginalized. It ignores the many contemporary successes in finance, business, culture, communication, science, technology, trade, law, religion, medicine, transportation, and education, for example. These have been achieved best by incorporation of the fact that modernity increasingly reflects a borderless world where common interests are best advanced by cooperation, or at least rule-based competition. With nuclear weapons the reductionist approach codifies the worst of human inventions that place the future of humanity at risk every minute of every day, making total annihilation a distinct possibility, if other avenues of social discourse fail.

Economic development that destroys nature is unsustainable. Social inequities will generate further conflicts. How we pursue security should reinforce progress in creating a global culture of peace, the pursuit of global common goods, and promptly end the daily risks that could lead to the annihilation of humanity.

The current dominant military approach to security has reached economic allocations that stretch imagination. Moreover, the costly improvement of some ordinances, such as nuclear weapons or the systemic application of AI to warfare, weaponization of space, creation of new technologies of destruction like nano weapons, poses a paradox of improved means to unimproved ends: the more the weapons are improved, the less security is obtained.

A human security approach will not only enhance cooperation amongst nations, it will provide far more security within nations by addressing disrupting threats and freeing up both intellectual, organizational, and economic resources needed to address human needs.

While social instability grows from increasing gross inequalities of wealth and opportunity, physical threats to civilization remain inadequately addressed. These threats can only be met at a level that transcends nation states and requires cooperation at a global level. These threats are global in nature. These threats require realistic responses, not mythical or ideologically driven distortions.

The utilization of the tools of science coupled with the universal values inherent in the Universal Declaration of Human Rights and the underlying ethical and moral principles of all major faith traditions opens a pathway to a sustainable flourishing future.

This integral and comprehensive approach to security is capable of galvanizing the best values, skills, aspirations, and practices of individuals, nations, and cultures. Because it is both morally coherent and practically viable, it has the potential to be inspiring. Human security is a necessary ideal with power to generate change.

Challenges posed by pandemic diseases, climate change, weapons of mass destruction, and emerging threats arising from new technologies, such as cyber, nano, and space, are rapidly expanding. All of these are amenable to verifiable, empirical approaches that employ scientific tools and require global cooperation. But we must have a principled theoretical shift to generate the necessary changes in policy and that change must be systemic and holistic.

To disconnect the regenerative processes of the natural world from our economic system is not realistic. To focus security on the state rather than people is illogical. To fragment the approach from security from sustainable development is dysfunctional. Security is a multifaceted, many leveled, right of all people and it involves all aspects of human activity. Just as our personal health involves how we sleep, eat, and interact with one another, just as our bodies are integrated systems, so is our security. Human Security is the integral principle called for today.

Presently, the geo-political landscape is framed by notions of sovereignty. The planet and many present threats do not recognize national borders. Humans create these borders. We create nations to serve human needs—both physical and psychological. We create cities, counties, and regions to identify and meet our needs and we create institutions to address those needs. The basis, the legitimacy and stability of sovereign states, do not come from the bureaucracies or family heritage of leaders of states, but from the mandate of those who are governed. States express the moral and practical agency of people.

Today the requirements of that agency can only be met at a cooperative and global level in addressing the most pressing existential threats. Thus, global cooperation to meet the first requirement of every state to ensure the safety and well-being of its citizens is required. The state is an expression of an idea. It is a legal entity that we create, distinguishable from natural entities and systems. Natural living systems such as trees and forests, ants and ant colonies, or fish in schools are not created by human ideas. States are. We create states based on ideas expressed by words. Framing concepts have an enormous influence on human behavior.

An integral approach to Human Security is rooted in our best science and recognizes that human beings are social entities that require meaning and values in their endeavors. Humans need enabling environments to grow in our most ennobling and fulfilling values. Policies to fulfill human security needs appropriately must be both practical and morally coherent. Moral coherence requires peaceful approaches amongst peoples and nations and a proper recognition of the requirement of harmony of many cultures as well as many species.

Given how many endeavors have recently gone global, bringing security into coherence with human needs is not only within reach, it is both morally compelling and practically necessary. 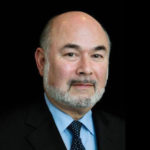