If human beings leave behind bones, books
Vases, paintings, all manner of artifacts
Proof of existence and intention

What are they but testaments to life
Searching for life beyond all limits
Which time, long time passing 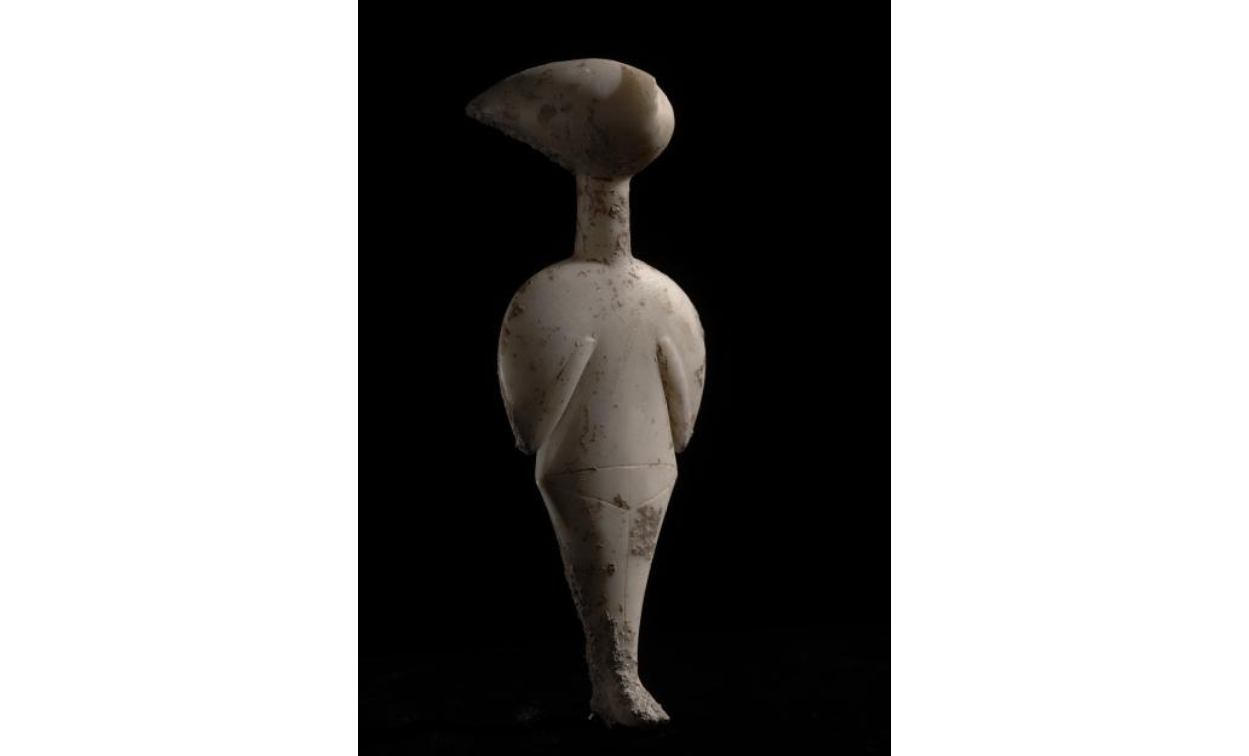 Carved in translucent marble and found buried in the sand, she stands with her gaze upturned to the heavens above. Her eyes, tiny dots carved in relief, are looking intently as if trying the decipher some unnameable mystery. Yes, she is female, her form unusual, as her head is shaped in a perfect round and her body is simple in form. Yes, she is female, as we see an inscribed pubic triangle below her waist. Details carved into the stone are visible while painted features have been lost to time.

Experts say that she was created during the Early Bronze Stage, around 6,000 BC, and was found in Western Anatolia, near Kırşehir, Turkey. The Stargazer is similar to or was influenced by Cycladic culture and art which could be found in the islands of the Aegean Sea, Western Anatolia being a crossroad of an ancient civilization. Cycladic culture flourished in the islands of the Aegean Sea from c. 3300 to 1100 BCE and Cycladic people are considered as one of the dominant Aegean cultures of the time. The best-known works of art that survived are marble statues, mostly that of single full-length female figures. The faces are smooth and blank with a sharply defined nose and it is surmised that they were painted.

The context for many of these Cycladic figurines has been mostly destroyed; their meaning may never be completely understood. Considering these artifacts from an anthropological psychological perspective, experts believe that they are representative of the Goddess of Nature. Taking into account archaeological evidence, another supposition is that these were used in funeral practices as many were found in graves.