The recent result of the elections for the Parliament of Catalonia has presented a mixture of repetition of certain previous aspects and some spectacular novelties. But the everlasting dimension of any parliamentary confrontation of the proportional variant remains unscathed.

Despite the development of the modern polling systems, plus the interpretation of the data facilitated in recent years, a difficult prediction remains. That involves the decisions that the parties have to make in the cases that they must craft alliances to form a government when virtual ties appear.

“And now, what?”. The central question remains unscathed. But it is not only the one presented by anonymous voters, nor by the experts and the leaders themselves who must make precise decisions. It is the general question presented by Gerard Piqué, the star footballer of FC Barcelona who has only been surpassed in popularity by Messi.

Naturally, Piqué does not dare to offer solutions. Therefore it is convenient to face the possible alternatives to solve the complicated panorama of the results.

Although it is not the exclusive result of these elections, a historical aspect of the parliamentary evolution of Catalonia since the recovery of democracy in 1978 is fully established. The Catalan elections are no longer a kind of democratic exercise peculiar to Catalans, with little connection to the rest of Spain, and Europe as whole.

Catalan parliamentarianism has suffered from a European quality. The elections to form the European Parliament have been seen historically as a kind of “national primaries”. European voters glanced inward and voted sometimes as rendering a punishment, and other times as a reward for the domestic behavior of national parties.

It is true, however, that this behavior has recently improved thanks to the tenacious reform of the European legislation that allows, for example, EU national residents in another states to vote in another country. Another remedy is the inclination to propose Europe-wide candidacies. But the burden of the national weight continues to be felt.

In the theater of the Catalan elections, that European has been noticeable. The elections in Catalonia have been seen for years as the preserve of Catalanism, since the “Castilians” considered the Catalan contests a peculiarity of Catalans.

The result was that the Spanish speakers stayed at home. That is why the Catalan socialist candidates usually won in the elections in Spain, while in Catalonia the party developed by then moderate nationalist Jordi Pujol did. This scheme has practically disappeared.

There are sectors, on the right more than on the left, that have tried to insert arguments that insist on the existence of “ethnic” elements (if not “racist”) in the configuration of the voting ideals of pro-independence alternatives, 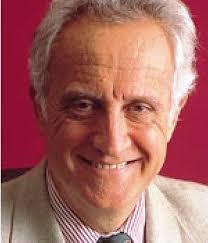 But this danger has been generally neutralized. Significantly, the bulk of the different arguments prioritize a “civic” nationalism, of choice.

In the current panorama, it is convenient to highlight, first, the news that stands out. In other words, has a man bit a dog? Obviously some facts are worth taking into account because of their obvious novelty and therefore because of their impact on the consequences of the election.

In this dimension, the details that concern the right-wing parties, both extreme and moderate, stand out. Significantly, the changes in this ideological sector have been suffered both by the parties considered as “constitutionalist” and by those that in some way consider themselves as “disruptive” due to their varying degree of loyalty to the independence creed.

In the first dimension, it is advisable to weigh the spectacular setback suffered by Ciudadanos. This formation was created by the centrist leader Albert Rivera in Catalonia as a dam against the tenacious monopoly of Convergence nationalism, later transformed into independence seeking.

It consisted of expanding its theater of operations to the rest of the Spanish territory, leaving the Catalan stage under the direction of Inés Arrimadas, a young woman born in Andalusia, who impressed with her command of Catalan.

In the elections held under the control of the Spanish government due to the application of article 155 of the Constitution, after the suspension of Catalan autonomy as a sanction for holding the independence referendum on October 1, 2017, Arrimadas managed to capture the largest number of seats in the Catalan Parliament. But she could not sublimate the next step, since the pro-independence parties jointly outperformed Ciudadanos in whatever alliance they presented.

Then, temporarily being a kind of referee on the state stage, Rivera found himself rejected in his attempt to neutralize the leading rightist Popular Party. The failure has now been reflected in the disaster received in the Catalan Parliament. Collateral damage could be its annihilation on the Spanish global scene.

This possible scenario has now been dramatized by the appearance of the far-right VOX in the Spanish theater, breaking through the previously reserved area of ​​the Popular Party, and now by its spectacular entry into the Parliament of Catalonia, becoming its fourth most important formation.

For a long time, the Spanish political fabric prided itself on not suffering from the presence of an extreme right. Now, the myth has collapsed. It is pointless to argue that VOX is not the same as the cases of Germany (Alternative), France (Le Pen), Hungary (Orbán) or Poland (Justice and Peace). It was a novelty, feared and latent, without ever being sublimated. Now it is a stark electoral reality.

The weakening of the remnants of moderate nationalism in Catalonia, represented now by the PDCat, testifies that the impact of the official response (trial, conviction, prison) to the independence attempt of the referendum has only reinforced the influence of the parties that prioritize independence through plebiscite insistence.

Naturally, there remains the solid argument of the constitutionalist left presented by the Partit dels Socialistes de Catalunya (PSC), which almost doubled the number of seats by presenting Salvador Illa as a candidate, boosted by the solid publicity of his effective role as Minister of Health of the government of Pedro Sánchez. As mentioned in this context, the centrist parties have not only disappeared in Spain, but in Catalonia they have little to do, unless paradoxically that role is reserved precisely for the PSC itself.

Listed to the left are formations that, without identifying with independence, insist on the support of the urgencies of the most needy sectors. As disparate as Comuns-Podem (the Catalan branch of the populist party of Pablo Iglesias, partner of the PSOE in Madrid) and the anti-capitalist CUP can grant the necessary votes to the pro-independence parties for the formation of a government and the appointment of the President of the Generalitat.

All the formations are aware of the economic problems, derived both from the atrocious impact of the pandemic, and from the structural unemployment dramatized by the confinement decreed as a remedy for the virus.

The interrelation between politics and the economy is also detected at the moment of weighing the evident rise of the economic power of Madrid in the last decade, and its banking concentration, apart from the exodus of the social offices of Catalan companies towards Valencia and other capitals, as a refuge from the independence movement.

The electoral results leave other details, confirmation of the past, or corrections of certain dimensions. For example, the dilemma between independence and constitutionalism is reflected in the continuation of the concentration of the former in the interior areas of the Catalan territory, while constitutionalism (from the right or from the left) populates urban areas, especially Barcelona.

If the elections have not revealed the emergence of an undisputed leader, trying to answer Piqué’s question, it is convenient to weigh the result of a solution that emerges as a favorite: the resignation of Illa and the PSC to opt for the vote of Parliament.

That “gift” would later be rewarded by taking a leap towards Madrid: Esquerra would continue supporting the PSOE in the governorship of the Spanish Congress and the approval of the national budgets.

Returning to Barcelona, ​​would the success of ERC produce the reborn leadership of Oriol Junqueras, for whom Aragonés would be holding the position? This detail would lead us to face the urgent outcome of the issue (problem?) of the imprisonment of the leaders of the “procés” and the referendum.

The present status of partial freedom that the condemned have unusually enjoyed during the elections, therefore, takes on an unusual role. The pressure to approve an amnesty becomes the irreplaceable focus for any consideration of the consequences of the elections. In other words, the simple counting of the votes to configure the executive leadership in Parliament is not the end.