It was an intriguing discussion at a special session of the prestigious 33rd Guwahati Book Fair, where a number of book publishers, writers, journalists and conscious readers assembled to introspect over various challenges faced by the book (publication) industry during the Covid-19 pandemic inducing national lockdown in India and also to arouse new possibilities in the post-corona era.

The participants were unanimous that the pandemic had severely affected the publishing industry including the physical newspapers but at the same time, it helped to increase the number of committed
readers precisely among the new generation. They opined that the process of publishing and arketing Assamese books also reemerged with new approaches to the technology-driven profession for the
interest of valued readers.

Inaugurating the session, Assam based senior publisher Nabin Baruah thoroughly described the hardship faced by the publication houses as the corona-pandemic hit the country in early March. He however opined that the disaster helped everyone to redefine his life in a tricky and isolated ambience. Many people could regain their habit of reading and many others join the group of committed readers
irrespective of the paper-printed books or digital outlets, stated Baruah.

The session was addressed by some young publishers including Pritima Kaushik Barua, Manish Hazarika, Dhiraj Lahkar, Amrit Upadhaya, Farhan Javed, Buljit Buragohain along with award-winning Assamese author Bipul Deuri. They observed that various modern technological tools for publication, promotion and marketing would finally bring a better deal for quality publishers around the world. 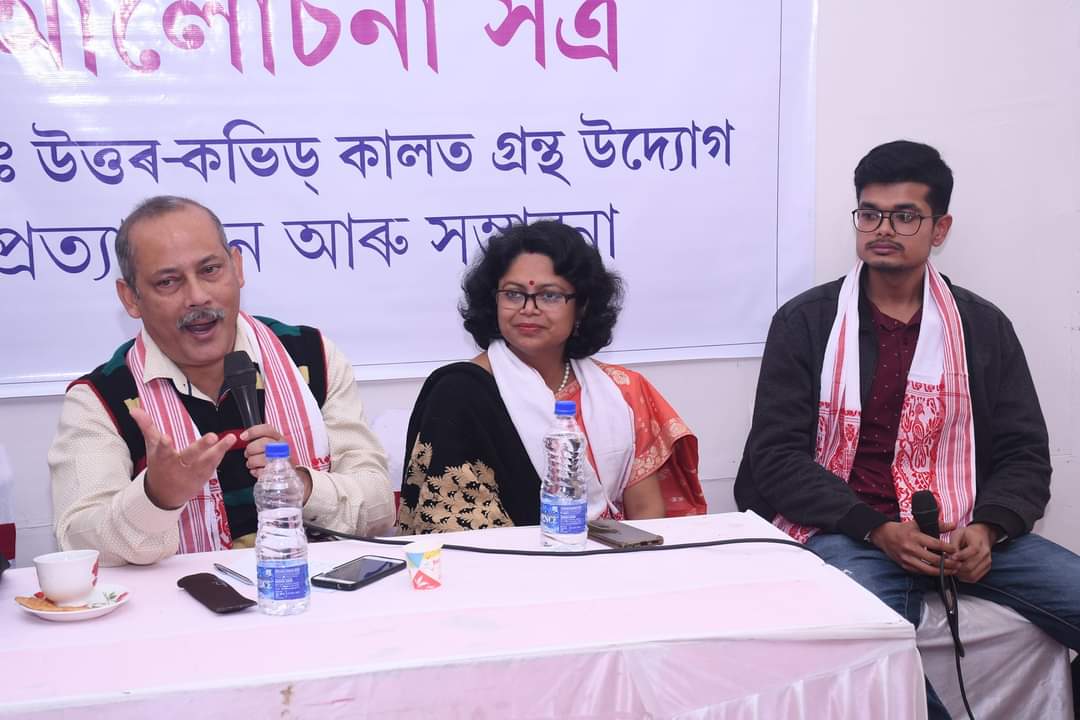 As a moderator of the session, I also drew the attention of everyone to the severe crisis in front of the print media as most of the readers still evade taking the newspapers inside their residences. First, it was the rumor that newspapers carry the corona-virus which discouraged senior citizens to read their favorite papers, and secondly, most of the news content now remains available in digital platforms on the previous day itself. Editors may have to change the approach to news for the survival of newspapers, was my observation.

Guwahati Granthamela (30 December 2020 to 10 January 2021) attracted thousands of book lovers every day with its over 125 stalls where the entry was made free by the organizer, Asom Prakasan Parisad. The State-run publication board had to postpone the book fair because of political unrests in 2019 and also the pandemic early this year. A number of literary discussions, book release functions and spectacular cultural evenings made the ambiance enthralling.

Formally inaugurated by Assam chief minister Sarbananda Sonowal’s media adviser, Hrishikesh Goswami in presence of noted intellectual Tathagata Roy, renowned litterateur Yeshe Dorjee Thongshi with other dignitaries, the book fair brought desired relief to the publishers and delight to bookworms. The festival venue at Assam Engineering Institute playground in Chandmari locality of the city maintained necessary health protocols related to the corona-crisis. Representing CM Sonowal in the function, Goswami conveyed goodwill to everyone, commenting that books are the oasis in deserts that nurtures the intellectual and creative capacities of human beings. He also conferred the Prakasan Parisad’s lifetime achievement award for 2019 carrying a citation, corsets, two lakh rupees check, etc on eminent Assamese scholar, Dr Thaneswar Sarma, in presence of all dignitaries.

Former Governor of Tripura, Meghalaya & Arunachal Pradesh, Roy in his speech termed Assamese as a sweet language and expressed hope that the bonhomie between Assamese and Bengali people would continue in the future too. A resident of West Bengal but familiar with the Assamese society, the outspoken author observed that the National Education Policy 2020 should help immensely in highlighting the regional languages and their literature.

Padmashri Thongshi, who is a resident of neighboring Arunachal Pradesh, described various challenges that surfaced due to the corona-pandemic. The Sahitya Academy awardee derived a positive note out of the pandemic with the increase of quality readers across the world. Thongshi expressed happiness that a collection of literary pieces including novels, short stories, folk tales, etc written in both Assamese and English by another Arunachali litterateur Lumber Dai was released in the function. 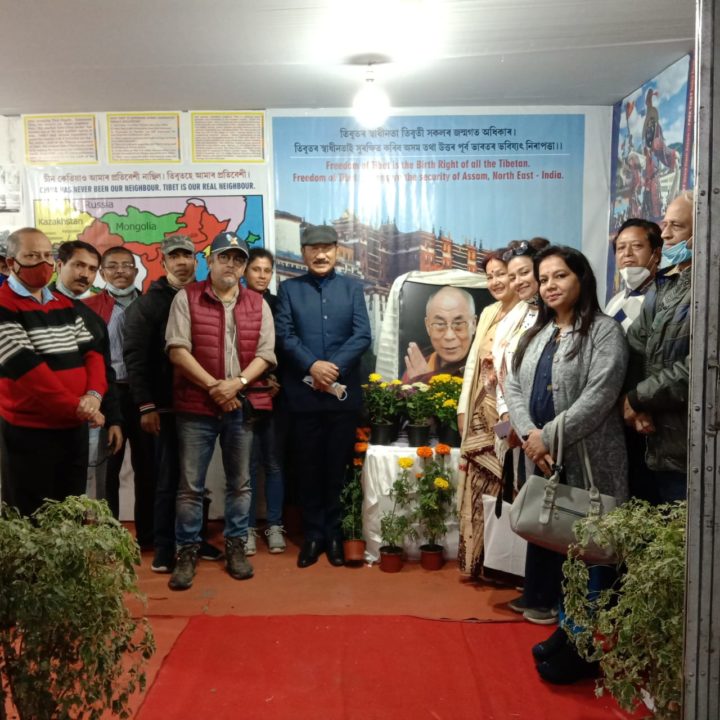 A stall dedicated to Bangladesh literature and another showcasing the Tibetan culture added colors to the book fair. The freedom movement led by exiled Tibetans against the Communist regime in Beijing also came alive in the stall which was opened by Tibetan support group leader RK Khrimey and managed by Buddha enthusiast Soumyadeep Datta. Its highlights included the message of Tibet being India’s real neighbor (not China) and probable devastations in the Brahmaputra with Beijing’s environmental intervention in the mineral-rich land.

“We are happy to witness the massive gathering of visitors at the book fair venue. The participating stalls have sold books for crores of rupees,” said Pramod Kalita, secretary to the publication board, which launched the book fair movement in the early eighties initially in collaboration with National Book Trust of India, adding that the appreciation of book lovers encouraged the publication board to
reprint many rare pieces as well as new creations involving the established as well as promising authors.