Yom Kippur is, for Jews, the holiest day on the calendar. They live it as the day of atonement, forgiveness and heartfelt repentance, or sincere repentance.

Muslims have a similar festival on those dates. The Eid al-Adha (عيد الأضحى).

Both parties have a lot in common, without being the same. But sometimes they even coincide on the same dates. Two religions that even share Abraham as a prophet… That is why the question is: When will a Yom Kippur and Eid al-Adha in Israel and Palestine be celebrated in peace, seeking reconciliation, without demonizing the other?

At the moment, only folly, violence and revenge are seen in that land. Israel has just put out to tender another 1,200 homes in an area of ​​Jerusalem, which is a key area for Palestinian territorial integrity. From the urban and housing point of view, it is totally unnecessary. The hornet’s nest is only stoked once more. The other side will react … and so the wheel of pain and suffering keeps turning.

Apparently, the conflict is over who is the rightful inhabitant of Jerusalem. Ironically, there were very old human settlements in this place a very long time ago. The “legitimate” is unspeakable in historical or ethnic terms. The problem is more complex and humane. In fact, it is difficult to accept the Sacred Books as a source of territorial demarcation and land ownership, anchoring their ethnic considerations on the religious plane. What a feud. The holy men involved in property matters as notaries. God forbid!

If we go to the wise books, it is better to read those about our most remote past, seen from science and history. Paleontology and its findings have evidence of many other peoples before Jews and Palestinians, in that area. Assigning property or right of residence based on those criteria would be an ethnic timeshare, if at all. So even more hostility. It also does not resolve the issue.

Be that as it may, the Israeli-Palestinian conflict should start calling on the good people there to rebuke their religious, political, and administrative authorities, with enough is enough! It is urgent to solve this. Neither can the rest of humanity look the other way. I don’t remember the exact words, but didn’t Hannah Arendt say that “… the real evil is what happens when normal people look the other way”?

Let’s not look the other way.

In Israel and Palestine, take a good look at each other. Look at each other on the next Yom Kippur or Eid al-Adha, but do it “for the better”, and resolve the conflict! The opposite is organized resentment, which leads to hatred and barbarism. Surely their God would not accept this spiral of pain. Reconcile and live in peace! 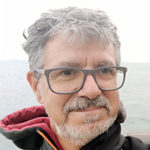