December 1 marked the 72nd anniversary of Costa Rica’s extraordinary decision to abolish its armed forces.  Dr. Carlos Umaña, a Costa Rican from the International Campaign to Abolish Nuclear Weapons (ICAN), explains the background and reflects on the meaning of this action, the real value of resolving conflict through nonviolent means and the implications in a world where pandemics exist.

Costa Rica has stood out as a peaceful country amidst one of the most violent regions in the world. It has thrived in some indicators: a high literacy rate (98%), a high life expectancy (80.1 years), and recently has come at the top in the “happy planet index”. The word “peace” is also ubiquitous here. Costa Rica hosts the University for Peace, has a Peace and Justice Ministry, peace is recognized as a human right, and its diplomacy has been consistently proactive in progressive peace, disarmament, and environmental policies. Twice Costa Rican president Oscar Arias drafted a peace plan in 1986 that helped bring peace to a war-torn Central America (for this he was awarded the 1987 Nobel Peace Prize); Costa Rica was also a major proponent of the Arms Trade Treaty and played an integral role in its materialization and negotiation. In nuclear disarmament—together with Malaysia—Costa Rica proposed a model Nuclear Weapons Convention in 1997, and has been at the forefront in all efforts to bring about disarmament, including being part of the seven Core Group nations that promoted the TPNW (and that received the 2018 Arms Control “Person of the Year” award).  Costa Rican diplomats have often taken a leading role in disarmament endeavors, including the first Open-Ended Working Group on nuclear disarmament in 2013 (chaired by Ambassador Dengo) and the TPNW negotiation conference (chaired by Ambassador Whyte). Moreover, Costa Ricans have also played an important role in international environmental politics; it was, for instance, a Costa Rican ambassador, Christiana Figueres, who chaired the 2015 Paris Agreement on Climate Action. And so forth.

This leading role in international politics regarding peace has everything to do with Costa Rica being a demilitarized country. Costa Rica is, among other things, famous for having abolished its army. This one ingredient has powerfully redefined what security entails, how international relations should be conducted, and ultimately what being a country means. It challenges the idea that a demilitarized country is vulnerable and dependent, and it shifts the collective view on how people relate to their government, their neighbors, and ultimately on how they view themselves.

Abolishing the army was a very bold move, especially in the 1940’s, as it went against the idea that the entire world had of security. Some anticipated that, without an army, Costa Rica would be game for whoever would want to invade it. Nearly 72 years later, this has not happened, but rather, it set the country apart from the rest of the region.

Demilitarization. It must be said that Costa Rica has never had a strong military culture. It did not fight for its independence, but rather obtained it thanks to the war between Mexico and Spain in 1821, whereby the entire Central American Federation became independent. Unlike in other parts of the “New World”, Costa Rica was not rich in deposits of gold or other minerals that the colonists sought, so its European settlers were not rich themselves and had no slaves or servants. Thus, the settlers acquired fertile land, and worked on it themselves. As the characteristics of the land and climate were propitious for agriculture, the commerce of products such as coffee and banana flourished in the 19th Century. Hence, while in other Latin American countries, the military served as a means for social ascension, Costa Ricans were busy tending to their prosperous plantations and creating personal wealth with their own hands. Thus, even before the military was abolished, the figure of the farmer was much more prominent than that of the soldier. This was even more evident when in 1856 a military group from the United States who called themselves “the filibusters” invaded Central America to claim its land, human and natural resources for the US, and had already conquered all the other Central American countries by the time they reached Costa Rica. The Costa Rican army was small, and it was mostly farmers who fought off these invaders. The legend of the young farmer boy, Juan Santamaría, who perished during the “Rivas Battle” and won the war by burning down the headquarters of the filibusters attests to this. The war hero was not a soldier, but a farmer. The victory was not for an army, but for the people. Juan Santamaría came to embody the ideals of Costa Ricans, a people that will rise to defend their country whenever they were needed.

Nearly 100 years later, in 1944, several progressive social reforms came about, whereby social security was created (healthcare under the principles of universality, solidarity and equality), and strong labor reforms and mandatory universal primary education were enacted, and a public higher education system was created. This, however, was accompanied by a pro-communist authoritarianism by the ruling party, the National Republican Party, which, in turn, declared the 1948 elections void as the results favored their opponents. This sparked a civil war that lasted for 4 months, and from which the leader of the opposition, José Figueres, became president. Upon assuming power, he abolished the army, but kept the progressive social reforms.

Many argue that this decision was pragmatic. On the one hand, Figueres won with the help of external military allies and internal neoliberal forces that opposed the social reforms, and without an army, he would not have to return the favor to his allies, as the country could no longer provide any military support. Abolishing the military would also eliminate an opposing force and thus, the possibility of another coup. This measure also avoided the possibilities of interventionism and regime-changing coups by the United States, which was a real possibility for Costa Rica. Demilitarization was also widely accepted because people had grown weary of authoritarianism and did not want any more conflicts. Hence, “peace” and development became the platform for Figueres’ mandate. Rule by force would never again be an option. Internationally, this move was seen as risky, as it would render Costa Rica vulnerable to its enemies; however, and quite cognizant of this, the Costa Rican State policy began betting on diplomacy as the sole means for relating with other countries. The country appealed to international rule of law as its sole means of protection. Simply put, it had no other choice. And thus, peace became central to Costa Rican politics and the identity of Costa Ricans.

Domestically, having no army meant more available resources could be spent on health and education. Vast resources were spent on literacy and making education and healthcare a right. Moreover, the military was also no longer a topic that required any attention, so political time and energy could now be allocated to other issues. This is how other programs came into being, such as the ambitious environmental policies that have resulted in achievements such as the country’s territory currently being 52% forests, 25% national parks, a booming eco-tourism industry, and the electrical grid running almost entirely on renewable sources, among others.

It must be said that international conflicts have not been absent from  Costa Rica. For instance, over the past few years, the country has had several border disputes with its northern neighbor, Nicaragua. However, these conflicts have all been resolved in the International Court of Justice. If Costa Rica had been a militarized country, this would likely not have been so.

Redefining peace. Peace is not the absence of conflict, but the non-violent resolution of conflict. Using threat and force to “keep the peace” is far from being an actual state of peace. On the one hand, a threat is only good while the other party is deterred, and the so-called peace ends the minute this deterrence is no longer credible; on the other hand, the absence of actual fighting is not necessarily peace if there is tension. Violence persists if the people live under a constant threat or fear. Now, with a military structure present, how could it be otherwise, if its mere existence requires a constant show of force?

While it still has many challenges, it is unquestionable that demilitarization made a tremendous difference in the course the country took over the decades that followed. Costa Rica is living proof that security is not necessarily maintained via the military. If we stop to think how many conflicts have been created and perpetuated by militarism, the military is not actually a protective force against threats but could very well be the threat itself.

The COVID-19 pandemic has exposed the vulnerability of many societies and has made people question the very concept of security. Many lives have been lost and many people find themselves homeless and unemployed under harsh conditions. Has the military protected them? How does spending billions of dollars in expensive weapons systems help the sick, the unemployed and the homeless? How does it prevent death by a virus? The countries that have come out better during this pandemic are the ones that have spent their resources and attention on healthcare, education, and social policies.

Progress requires peace, and actual peace is not built under threats and imposition, but by a culture of cooperation, acceptance, and inclusion. Peace is built over time, with a strong democratic culture nurtured by politics and resources that ensure a life of dignity, with access to healthcare and education, and where all the basic needs are met.

Civility and rule of law are ever more important in a world that is more and more interconnected, and where rule by force is becoming more and more irrelevant. The progress of humanity lies in education, cooperation, and inclusion. If we are to survive our two existential and man-made threats: climate change, and nuclear weapons, it is urgent that we take peace seriously and that we give peace a chance. 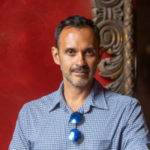