This year’s G20 summit will be an event quite unlike any in the organization’s history.

Hosted by Saudi Arabia, the Leaders’ Summit will bring leaders from 19 of the most powerful countries and the European Union together.

But travel restrictions and concerns over social distancing due to the COVID-19 virus pandemic mean that invitees will have to take part in a virtual conference.

This year’s agenda also looks different to previous years. The global financial crash wreaked by the effects of the coronavirus pandemic will be high on the agenda for this year’s summit, as leaders are expected to discuss ways of dealing with the fallout of worldwide lockdowns over the past year and the ongoing race to develop and roll out a vaccine.

Founded in 1999 as a platform for national banks and governments of 19 countries and the European Union, the G20 expanded its operations and began hosting regular leaders’ summits in 2008.

It invited world leaders from 19 countries and the European Union to discuss matters of international monetary policy.

The presidency rotates between member countries every year.

Its roots can be traced back to the Bretton Woods conference at the end of the Second World War, an early meeting of world leaders to discuss cross-border monetary policy.

Discussions at the G20 summits revolve around issues affected global trade – both political and regulatory. For example: at 2019’s summit in Osaka, members committed to reforming the WTO’s dispute settlement system – which enforces rules about how trade is conducted between WTO members. 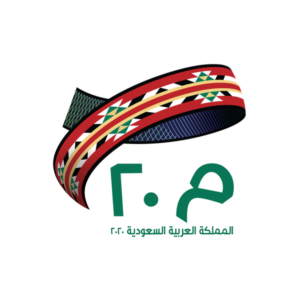 What is different this year?

Aside from the fact that world leaders will not be attending the event in person, this year’s G20 summit is expected to focus on addressing the fallout from the coronavirus pandemic. It will be the first time the summit is hosted by an Arab nation.

Saudi Arabia’s agenda this year is focused on three key areas: empowering people, safeguarding the planet, and shaping new frontiers for the future.

The Kingdom is expected to discuss ways for providing opportunities for everyone around the world – with a particular focus on women and young people. Environmental concerns will also play a role, as carbon emissions and ocean preservation will be discussed. Finally, there will also be a focus on the future of AI and the digital economy.