Biden-Harris must reject the nuclear path

Although possibly a sad comment on his predecessors, incoming U.S. president, Joe Biden, is offering the most progressive climate policy so far of any who have previously held his position.

As Paul Gipe points out in his recent blog, the Democratic Party platform — and now the Biden-Harris climate plan — use the word “revolution” right in the headline — a bit of a departure from the usual cautious rhetoric of the centrist-controlled Democratic Party.

But ‘revolution’ is proceeded by two words which let us know we are still lingering in conservative ‘safe’ territory. They call it a “clean energy revolution”, which Gipe rightly refers to as “focus-group shopped terminology.” He goes on:

”Clean energy is a term forged by Madison Avenue advertising mavens in the crucible of focus groups. It ‘polls well,’ as they say. It means one thing to one interest group, something else to another. So it’s perfect for politics in America.

“To environmentalists, it means wind and solar energy, often only those two forms of renewable energy, and sometimes only solar. It also means good times to the coal and nuclear industry. (Ever hear of ‘clean coal’?)

“So clean energy is one of those misleading words that party leaders and, importantly, fundraisers can use to elicit money from donors of all stripes. Why say renewable energy, when you want to raise money from the coal and nuclear industries?” 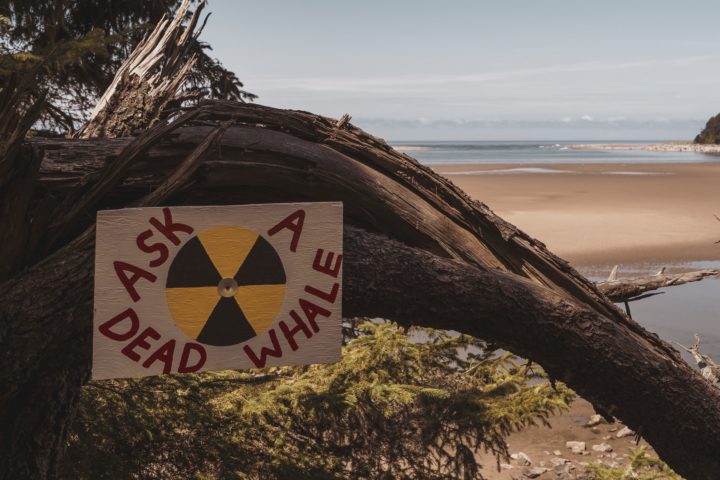 The Biden-Harris energy plan hits all the right notes in its opening paragraphs, focusing on a goal of net-zero emissions by 2050 (20 years too late but better than nothing) and emphasizing infrastructure, international collaboration and the protection of poor communities of color, who suffer the most harm from unfettered polluters.

As we know from his public statements, Biden will bring the US straight back into the Paris Agreement on climate and sees the climate crisis as the “number one issue facing humanity”. The Paris Agreement isn’t enough, but the US absence weakens it further.

Still on the right track, the Biden-Harris climate plan looks to the rights and wellbeing of workers and jobs creation. It will adhere to “science, not fiction” and recognizes that energy efficiency has an essential role to play.

And then it goes very badly — if predictably — wrong.

In the section entitled “Biden’s Year One Legislative Agenda on Climate Change,” the document proclaims “We have to get rid of the old way of thinking,” then reverts precisely to that, clinging on to nuclear power as a necessary component of its plan.

A bullet point called “Identify the future of nuclear energy” reverts right back to the failed Obama “all of the above” approach to “look at all low- and zero-carbon technologies”, instead of recognizing that nuclear power, a failed 20th century technology, does not have a future.

As Amory Lovins points out, this “low-carbon” approach is a perpetual mistake made by politicians and seized on and influenced by the nuclear industry — to look only at carbon savings, and not at cost and time as well.

When you look at the precipitating drop in renewable energy costs versus the ever soaring nuclear ones; when you examine how you can reduce more carbon emissions faster and more cheaply with renewables than nuclear; and when you observe the real life examples of countries whose carbon reductions are greater after investing in renewables rather than clinging onto nuclear; then the only reason to include nuclear power in a climate plan is political.

Countries like Denmark, which have chosen renewables, are reducing carbon emissions faster than countries continuing with nuclear power

The Biden-Harris platform will likely continue to listen to the old school. After all, it’s who they know. But if they really want that revolution, they should open their eyes to the reality on the ground.

A recent article in the Socialist magazine, Jacobin, pointed to an example in the Netherlands where a decision was made not to expand an existing nuclear power plant and instead build two offshore wind farms. Although the Fukushima disaster slightly influenced the decision, at the end of the day, as the article pointed out, it was all about “the law of value”, in other words, money. “With the declining cost of renewable energy, nuclear power simply does not make economic sense,” it said.

In an important new study out of Sussex University in the UK — Differences in carbon emissions reduction between countries pursuing renewables versus nuclear power — the researchers concluded that choosing nuclear crowds out renewables and vice versa. This means that continuing to use old uneconomical nuclear plants — or investing in new ones — actually hampers renewable energy development, and thereby progress on climate change, and results in smaller carbon reductions and at a much higher cost.

The study notes that, “per dollar invested, the modularity of renewables projects offers quicker emissions reductions than do large-scale, delay-prone nuclear projects,” the same point made by Lovins. And, as the study also says, the more we use renewables, the more improved their performance, exactly the opposite of nuclear which sees “rising costs or reduced performance with the next generation of technology.”

This last is an important point for the Biden-Harris energy team to note. By including so-called new nuclear, they are dooming themselves to wasting both time and money better spent focused on renewables. Small modular reactors will not, as their plan asserts, come in at “half the construction cost of today’s reactors.” They will be far more expensive in relation to the electricity they would eventually produce. And of course they would arrive too late, and in too small a quantity and generate too little — and very expensive — electricity to make any difference to climate change at all.

Biden-Harris must look at empirical data, not listen to spin doctors and establishment cronies who will keep them anchored to the status quo, thus deferring the very energy revolution they claim they will lead. If Biden-Harris remain in favor of action on climate AND for nuclear power, then they are part of the problem, not the solution.

This article first appeared on Counterpunch.

Beyond Nuclear International
We created Beyond Nuclear International in order to put the human face on our issue, and to tell the stories of the anti-nuclear struggle in a different way, with a focus on the humanitarian impacts of nuclear power and nuclear weapons. Through this more creative, visual and personalized approach, BNI aims to engage new audiences who care about global warming, animals, our environment, peace and the future of our planet, and to bring the world’s anti-nuclear movement together. beyondnuclearinternational.org