Yesterday, in celebration of the first anniversary of the social awakening, demonstrators filled the plazas of many Chilean cities, especially central Santiago’s Dignidad Plaza.

On the government’s demand, Carabineros (the Chilean police force) withdrew forces and did not engage with the hundreds of thousands of demonstrators. This allowed the event to develop nonviolently, despite some infighting between rival soccer fans, and the detainment of five individuals for burning down a Church, one of which was an infiltrate from the Armada.

These anecdotes aside, nothing tarnished the joy of a multitude that has realized that the fight for dignity through nonviolent struggle is possible; a multitude that constantly pushes for its rights and unleashes enormous creativity while doing it.

The photo-reportage was done by Enzo Blondel. 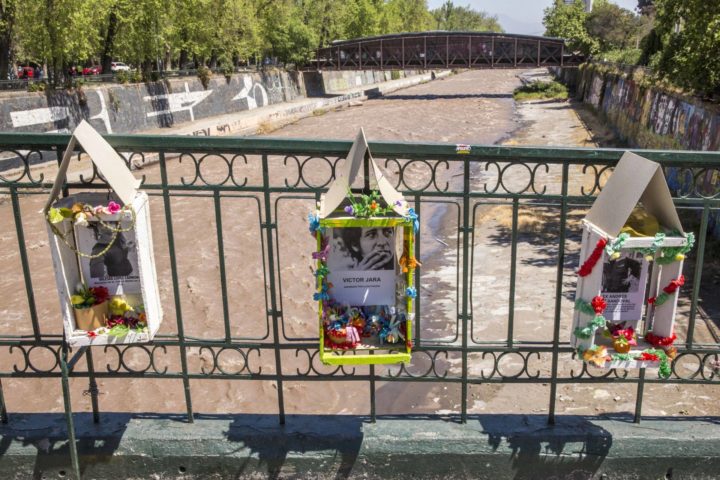 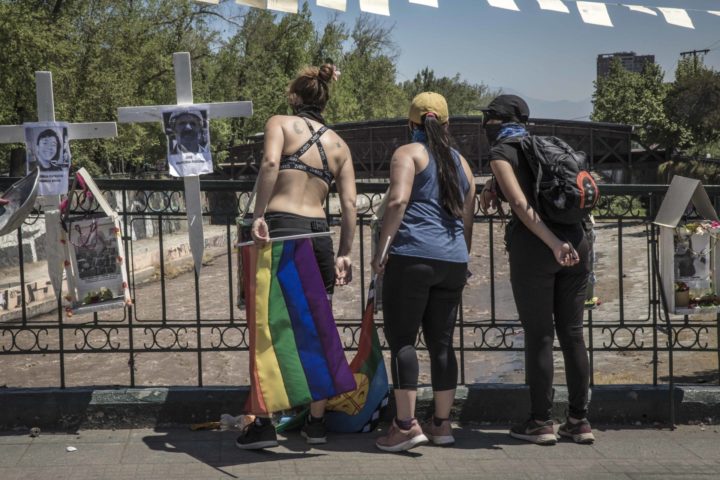 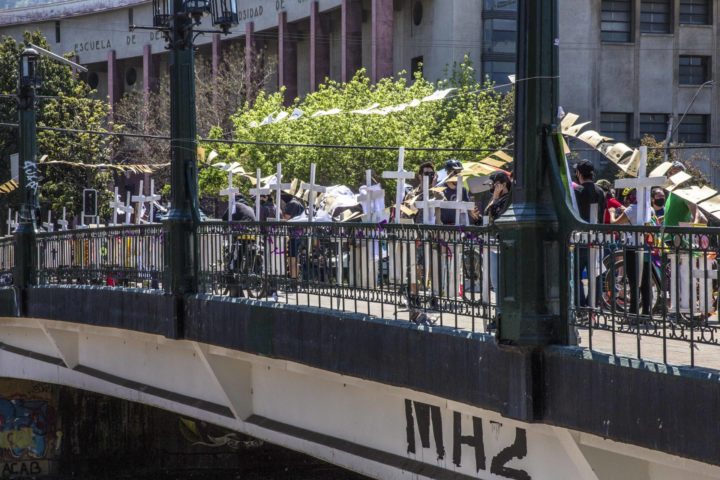 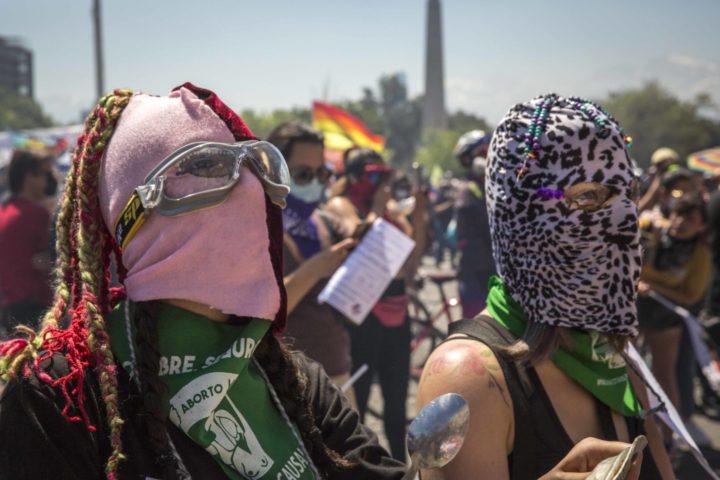 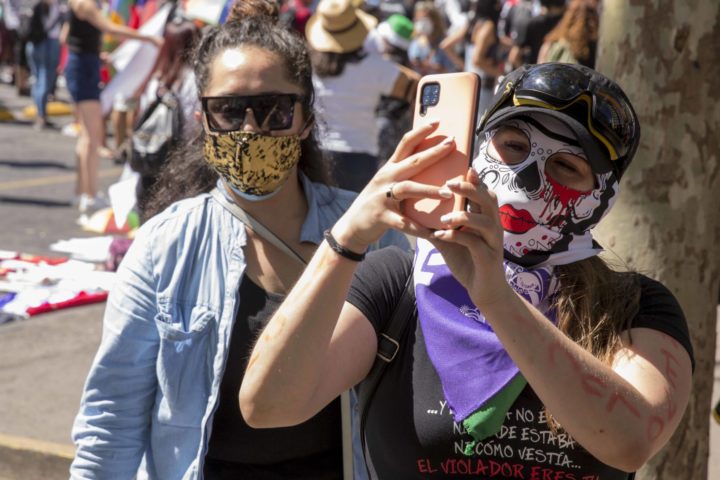 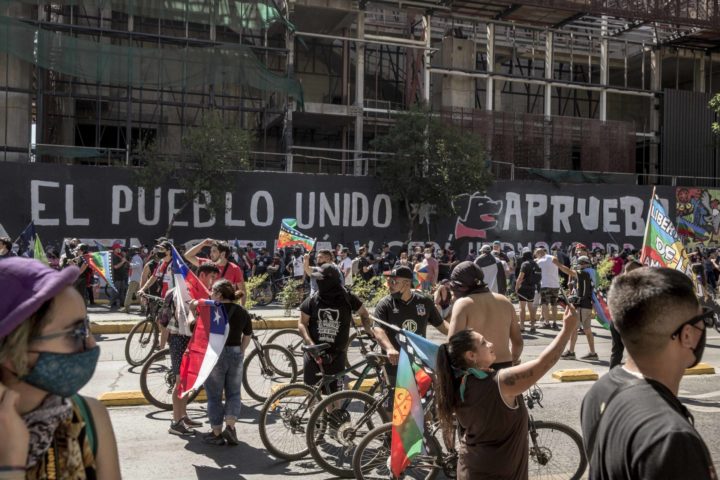 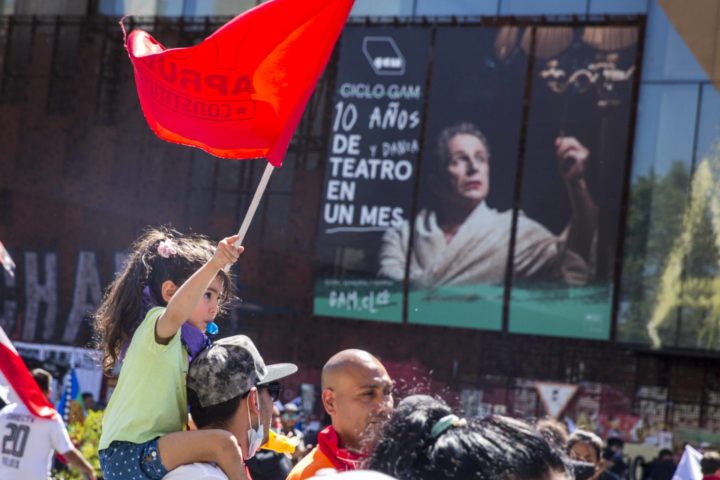 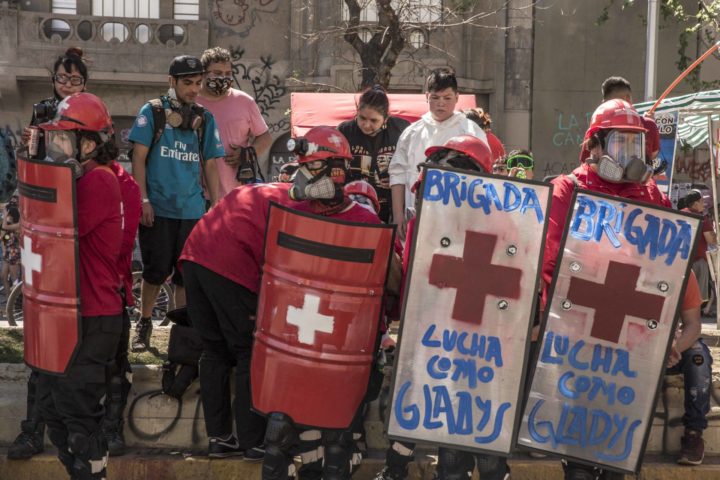 Translation by Octavio García Soto, from the voluntary Pressenza translation team. We are looking for volunteers!