In her first state of the union address as president of the European Commission, Ursula von der Leyen called out hatred and pledged to build “a union of equality”.

While European institutions have been at the forefront of fighting hate crime and discrimination in and outside of the EU, member states including Poland have been slower in their responses to racism, homophobia and misogyny. Von der Leyen’s plans mean that disobedient governments will either need to give in or fight back. And that tension could end up making the situation worse.

In a confrontational speech, von der Leyen took particular aim at the Polish government, which has allowed dozens of towns to declare themselves “free of LGBT ideology”. She branded these “LGBT-free zones” as “humanity-free zones” and said that they have no place in the EU.

And in light of the Black Lives Matter protests in the wake of the murder of George Floyd in the US, as well as concerns about antisemitism in Europe, the Commission leader affirmed that “hate is hate and no one should have to put up with it”. She promised that “fighting racism will never be optional” in the EU.

In the move to create “a union of equality,” von der Leyen announced the appointment of the Commission’s first-ever anti-racism coordinator. Money will also be made available to tackle discrimination in areas such as education, employment, housing and healthcare.

The Commission will seek to protect the rights of same-sex families across EU nations and to add all forms of hate crime to the list of EU-level crimes, which currently include racially and religiously motivated crimes and hate speech.

The plans will complement existing efforts on the part of the EU to counter hate crime, hate speech and unequal treatment. This includes laws against discrimination, as well as soft measures, such as research, monitoring, training and campaigns.

Despite her desire to appear hardline on these issues, however, von der Leyen’s pledges are far-reaching, vague and difficult to implement. Even existing measures are not applied consistently and many member states fail to follow EU’s equality policies. A few particularly troublesome governments are likely to oppose her ideas.

Few governments across the EU publish meaningful statistics of detected hate crimes but several stand out for poor performance. Ireland has been criticised for failing to enact specific laws to prosecute bias-motivated violence. But parliamentarians there do at least appear to be making moves to force change by adopting hate crime laws. The same cannot be said of Poland and some other countries on the eastern edge of the bloc, which appear to be moving in the opposite direction.

In Poland, pride marches have been left without protection and attacked by the far right. Meanwhile, Romania and Hungary have banned gender studies. The latter has also ended legal gender recognition for trans and intersex people.

Attempts to enforce hate crime laws from Brussels will trigger conflict with countries concerned about losing sovereignty, including these three. Right-wing politicians already accuse the Commission of abusing its power. They say that in pushing equality issues, it is acting outside of EU treaties because it only has limited powers when it comes to criminal and family law. 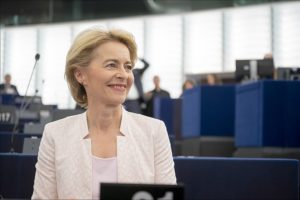 Brussels has been struggling in its relations with Poland and Hungary for some time. The EU has been locked in discussions about what to do about the increasingly authoritarian bent of the governments in these two member states without landing on any solutions. Threats to remove EU funds unless they comply with rule-of-law standards have had little impact.

The Commission has, for example, asked five regional authorities in Poland to investigate if EU funds could have been spent in areas that are not living up to the values of the EU, as outlined in the treaties that every member state government has signed. Soon after, the Commission rejected applications for town-twinning from six Polish communes that have adopted anti-LGBT declarations.

But far from falling into line, Polish justice minister Zbigniew Ziobro responded by accusing the EU of “discriminating against Polish citizens”. The government has subsequently stepped in to replace the EU funding for the communes from its own coffers.

Against this backdrop, the stakes for bringing von der Leyen’s pledges to life are high, both in terms of financial and human costs.

If national authorities fail to comply with EU policies and Brussels pulls funding as a result, it could mean that some of the poorest communities and least-developed regions in the EU will lose millions of euros of funding for education or infrastructure. While the EU may mean well when it makes these decisions, disciplining mechanisms of this kind may have the unintended consequence of feeding hatred, discrimination and anti-EU sentiments.