The 18th June, Pressenza France published an article with the title “Dismissals of workers and new normality”, which consisted basically of pictures of workers protesting in Ecuador. After the Covid-19 pandemic, the number of unemployed has increased considerably. This fact cast many people into such a poverty that now they cannot afford food, whereas the richest people of the world got even richer and the financial markets are managing very well.

We can see these pictures in many different countries, in one form or another. The socio-economic situation is the same almost everywhere, except for some places where social safety nets slowed and broke the fall.

I shared this article/ post in my social account. This solves nothing economically/ from an economical point of view, but it strengthens in me, and maybe in other people too, a form of solidarity, trust and compassion as international citizens.

Besides, sharing these pictures helps/contributes to question the official narration of the pandemic management, whose declared aim was to “give priority to the human being instead of the economy”. The truth is that the post-pandemic period is and will be more lethal than the pandemic itself, which was not quantitative so mortal instead.

The post-pandemic world consists in bankruptcies and economical destruction, deteriorating health conditions quality (for example, the increased number of deaths for heart attack in the last weeks or the disastrous consequences of not treating other diseases during the lockdown). It is made of a parallel epidemic (a term with which health workers refer to the psychological problem caused by the managing of the crisis, problems that can lead to suicide), of a considerably increase of famines all over the world in the next months and of the threat of a global vaccination campaign, with pretty shady medical reasons but whose financial and subjugating purpose has been revealed by many denouncing voices, however more and more censored for not having agreed to the editorial line of the WHO.

Lastly, these pictures strengthen my will of understanding better the reasons of the global decisions and the background of the only thought/ single worldview, imposed by the mainstream media, even if I may sound like a truther. A single worldview that fights for establishing a new world order, that seems the only possible way for development and fulfillment to those who have decided to impose it.

These pictures give me also, and above all, another kind of energy: a growing inner desire to find ourselves, -us the human beings- able to illuminate the dynamics of force now at play on the Earth with a new light, a new sweetness and a new awareness, so that we can calm and balance them. I feel a bit naive for this desire. I could almost hear me saying: may force and love be with us! As if there were nothing left for us except life and love to find a meaning and a balance.

I think it’s essential that many of us go on expressing their opinion and putting clear that the true political gap today is not between social classes or races, as some people want us to think (even if there is a real or provoked tension), and neither between old political parties, but between dominating materialists who only think about money on one side, and on the other side those who believe in cooperation, who give importance to what is immaterial and to the being; between those who blindly believe in profit and economic growth and those who claim the possibility to take care of the common good and the spiritual growth. This is the fight. But should we talk of fight or rather of a nonviolent opening of consciences and of a greater sensitivity?

In the context of this dynamic, the forces of life and love do are our weapons. They act both in the visible space and in the invisible one of life, both in the physical space and the one of conscience. It is up to us to manage to use them, make them grow and make a good use of them. Our future can be bright and miracles, or at least changes in the courses, are possible. And we can be the ones who catalyze them. 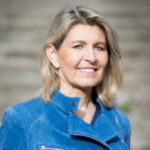