Four hundred Israeli teenagers from around the country have signed a letter demanding Israel halt its plans to annex parts of the occupied West Bank.

Titled “Teens Against Annexation,” the letter, which was sent to Prime Minister Benjamin Netanyahu and the rest of Israel’s ministers, outlines the devastating consequences that annexation could have on both Palestinians and Israelis. It further notes that the signatories who are planning to enlist in the Israeli military will be the same ones forced to carry out the policies of annexation.

“The decision to begin annexation will turn the reality of apartheid in the occupied territories into official law and make it even more extreme,” states the petition. “Today, as we reach the age in which the State of Israel requires us to take an active part in racist and violent policies, we are committed to actively and firmly resisting annexation.”

Netanyahu has set July 1 as the date to begin annexing parts of the West Bank in accordance with the Trump administration’s so-called “Deal of the Century.” However, it is unclear whether the prime minister, who has encountered condemnations and threats from the international community for the attempted move, will be able to see it through. 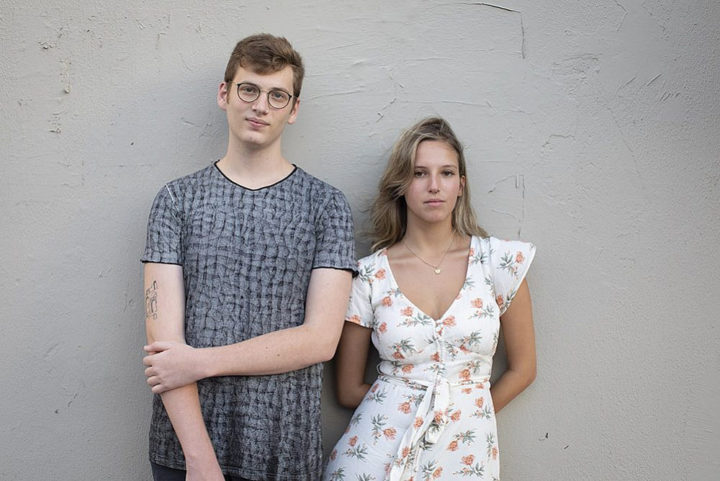 Daniel Peldi (left) and Avia Yoel Finkovich, who signed on to a letter by 400 Israeli teenagers demanding Prime Minister Netanyahu not go through with annexing the West Bank. (Oren Ziv)

The anti-annexation letter is signed by young Israelis who are planning to enlist in the military as well as by those who are planning to refuse to enlist. “’In the coming year, many of us will be enlisting in the army. We will be required to carry out the policies of annexation, which threaten to seriously harm the Palestinian population and a vision of peace. It is for this reason that we, young people, appeal to the Israeli public and decision-makers unequivocally: Annexation must be stopped as soon as possible.”

The signatories further warn that “This move will undoubtedly resume the violent clashes in our region, whose victims will be both Palestinians and Israelis. It means deepening the conflict, maintaining the cycle of blood and death, all while entrenching occupation, violence and racism.”

The initiative was started by a number of young people who met to discuss this year’s Shministim Letter [an annual letter published by Israeli high school seniors who state their intention to refuse to serve in the Israeli army due to their opposition to the occupation – O.Z.] and were quickly joined by others. They managed to gather 150 signatures during the large demonstration against annexation that took place in Tel Aviv in early June.

“We were surprised by the amount of people who signed, and ever since we have been getting more signatories every day,” said Shahar Peretz, 17, from the town of Kfar Yona. “People are also reaching out to us on Instagram where there are generally fewer political discussions,” she said.

“We crossed a red line long ago,” Peretz added, “annexation is nothing new, yet it signifies something in terms of Israel’s intentions, the direction it is going, and where it is putting its energy. Is that energy being used for peace or for occupation?” 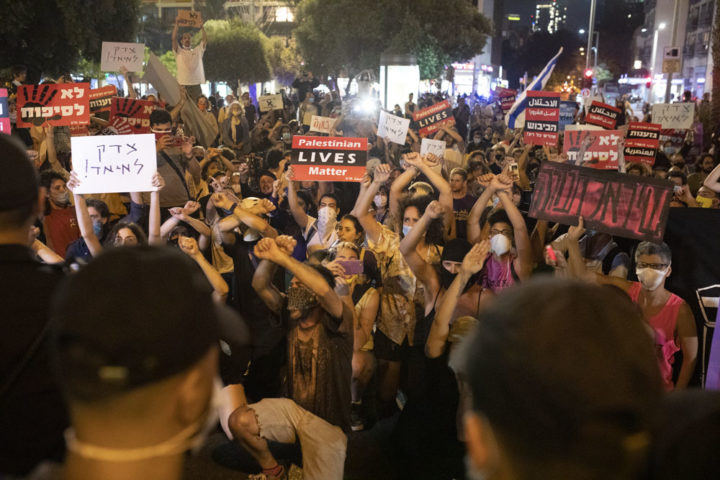 “I want to believe that there is an awakening but hope it will grow,” she concluded. “I was surprised by the lack of knowledge and familiarity among some of those who will be [serving in the territories] next year.”

Yoav “Tao” Birenboim, 18, from Ramat Hasharon, is about to be drafted into the IDF’s Nahal Brigade. He is also one of 400 who have signed on to the letter.

“As soon as I heard about annexation, I realized the left was saying it was a bad thing, but I didn’t know what that actually meant. So I started looking into the issue.” For Birnbaum, it was the beginning of a process.

“If the occupation is oppression, then annexation takes it a few steps forward,” he added. “I was at a demonstration in Hebron this year, and the soldiers standing on the roofs above us fired tear gas [at the demonstrators]. I tell myself that a year down the line, I am going to be the one up there carrying out this oppression and putting the occupation into practice.”

Avia Yoel Finkovich and Daniel Peldi are two 18-year-old Israelis who also signed the letter. I met the two during the anti-annexation rally in Tel Aviv’s Rabin Square, after which they spoke to other young people about the economic aspects of annexation and to try to convince them to sign on.

“There is something final about annexation,” says Peldi. “People are complacent about the occupation because they believe that someday it will reach a state of peace. The youth always talk about their hopes for peace while at the same time they are perpetuating the occupation. But annexation means we are saying: ‘This is ours and it will never belong to anyone else.’”

“Gantz said [annexation] won’t affect reality, but it already does,” adds Yoel Finkovich. “Israel ignores the fact that the other side does not want this to happen. How can it happen unilaterally?”