On May 2, 2970 of the year Yennayer (Berber calendar, May 2, 2020 for the Christian calendar) a hero of our time flew to the stars. Idir, Hamid Cheriet, who so often contemplated the starry vault when he was a shepherd in the Durdjura mountains of such profound beauty, must have known the path that leads directly to the light.

I am not going to recount his life here, a powerful tribute is paid to him in the French-speaking world and beyond. You can read here https://www.courrierinternational.com/article/vu-dalgerie-idir-lame-kabyle the beautiful article by Djamel Alilat, who knew Idir, his career, his work, and the great artist that he was.

I wanted to pay tribute to him by saluting what he always defended in his life: Love, peace and freedom, cultural convergence and his beloved Kabylia.

When I went to Kabylia for the first time (at the beginning of the 2000s), I was going to Algeria for the first time… And I was an ignorant of the history of the people who made it up… It was a huge and profound love at first sight. This love continues to accompany me because it sowed in me a deep faith for the human soul, and an eternal gratitude.

These Berber peoples, these Amazigh peoples who are shrouded in a veil heavy with centuries of silence, are struggling for recognition of their language and culture.

I arrived in a family so full of gentleness, tenderness, affection, generosity; of deep and simple kindness… it was constantly touching. I felt like I was with my family at every moment. Never as much as on this terrace in Tizi Ouzou, I felt so much peace (in an Algeria that was being said in the media at the time). I was so touched, I wish I had something to offer. So I asked the old man of the house if he’d been well received when he lived in France.

“You know, you arrive in Marseille because you have to… The conditions are difficult, but you don’t complain. What’s hard, really hard, is that very quickly you’re called a “dirty Arab”… As well as being violent, it’s totally false. Because we, you see, we Kabyle people have had to take refuge in our mountains for well over 500 years to protect our Berber and Kabyle culture from the Arab invasion and then the French colonization. We have been struggling for centuries to still exist … and sometimes, especially in France, we have ceased to exist in the eyes, in the memory and in the consciousness of the people …

I cried! And I often wondered how to make reparation for these offenses received by people with such beautiful souls.

In Idir’s songs and positions, I found everything I’d found during my first stay: the poetry, deep and simple, of these people rooted in the mountains of Durdjura, the beauty everywhere, the spirit of tales and vigils, the flutes, ancestral and transported into our times by accompanying them with guitars and darboukas.

In Idir’s songs, or the prose poems he used to say before or after the songs during his concerts, I found this unspeakable love, surrounded by an immense respect for women, mothers, grandmothers and daughters.

I rediscovered this simple and authentic questioning: how to bring this culture and the humanist values that lie within it to life, how to perpetuate tradition, and yet adapt to the world of today and tomorrow?

I found in Idir a form of struggle that used neither shouting, nor weapons, nor prestige, nor violence, a gentle and permanent form of struggle for peace, freedom, tolerance and cultural diversity.

Thanks to him, we know Kabylia, thanks to him the Berber culture is alive in the hearts of more people, thanks to him, many of us have opened our consciences, brought down beliefs, we are interested in the history of peoples. Thanks to him, we even try to pronounce as we can, “a vava inouva” (“My own daddy”), in any case we hum, which in the case of Idir, always sounds like a lullaby… for fathers, for mothers, for daughters, for people quite simply.

Dear Idir, the only purpose of this little text was to join our humanist voice to the great multicultural choir that in these days rises up in your memory, and which tries to offer you, to accompany your flight, a symphony of deep MERCIS. 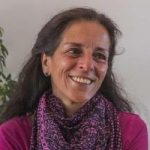