In the spring of 2013, in Taksim Square, the songs of the band Grup Yorum became symbols of struggle and demand for issues of freedom of the press, expression, assembly and violation of human rights in general in Turkey.

In the spring of 2020 on the southwestern slope of the Acropolis in Athens, on the wide steps leading to the Odeon of Herodes Atticus, 120 musicians, actors, technicians honored the memory of Helin Bölek, Mustafa Koçak and İbrahim Gökçek, members of the band Grup Yorum which, after a long and exhausting hunger strike, they had their last breath, fighting for their freedom of expression. They sang TENCERE TAVA HAVASI (Sound of Pots and Pans) by Kardeş Türküler, a symbol song for the social struggles that took place in the squares of Turkey in 2013.

The Action / Support to the Turkish artists of Grup Yorum was organized in less than a week through the #SupportArtWorkers team. Artists and technicians from the show business embraced the initiative and worked hard to create a video clip.

One of the instigators of the action told us: “We want in this way to express our support for the band Grup Yorum and to pay tribute to the 3 members who passed away fighting for freedom.”

An act of solidarity charged with emotion and love, an act that looks to a unity future illuminating the best we have within us. 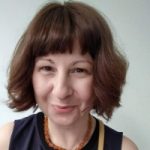