On March 2020, over 330 students, women champions, government officials, NGO members and community members from around Kampot and Kep gathered in an effort to plant 3,000 mangroves and conserve Cambodia’s coastline. The local activity took place as part of a larger mangrove planting and marine exhibition under Action Aid’s 100,000 Mangroves campaign, supported by the United Nations Development Programme (UNDP) under the project ‘Strengthening Climate Information and Early Warning Systems in Cambodia’. The campaign aims to plan 100,000 mangroves in eight community fisheries by May 2020, and raise awareness of the importance of marine ecosystems. Credit: ManuthButh/UNDP Cambodia

We are living in a critical time. As we face existential environmental challenges from climate crises to the mass extinction of species, it is difficult sometimes to see solutions and new ideas. This is why we all need to celebrate and give visibility to creative and courageous efforts of people and organizations striving towards a healthy planet for all.

I write today about the key role played by National Human Rights Institutions (NHRIs) in the Global South in our collective fight against climate change. The time has come to empower NHRIs.

Their unique position mandated by law yet independent from the government can make an urgent needed bridge between legal and policy advances, and ground-up efforts such as youth and women movements, thereby contributing to the enjoyment of the right to a healthy environment.

I have recently had the chance of learning real-world success stories by brave NHRIs working in some of the most challenging contexts. While being a member of the facilitators’ team of a series of webinars* for technical staff and decision-makers working in NHRIs and prior face-to-face interaction with them, it became crystal clear that strengthening the skills and capacities of NHRIs can contribute positive outcomes for both human rights and the environment.

In Mongolia, for instance, the NHRI with the support of civil society organizations and environmental researchers has recently developed a draft law for safeguarding the rights of environmental defenders.

The NHRIs have also intervened in a variety of sectoral issues from pesticides and agriculture in Costa Rica, to mining in South Africa and the connections between coal mining and transportation in Mongolia. The Morocco NHRI has prompted other African NHRIs and civil society organizations to actively participate in international climate negotiations.

Business and human rights was a key issue raised by our NHRIs colleagues. 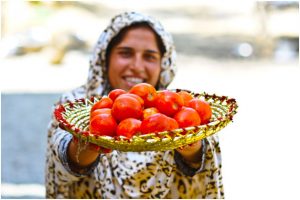 The significant legal, institutional and financial obstacles that national duty bearers face to investigate transnational corporations and their responsibilities concerning their impacts to a safe climate has not proved insurmountable for NHRIs.

The Philippine’s NHRI has a mandate to promote human rights which, creatively interpreted, allowed it to investigate the climate change and human rights nexus beyond its national borders.

It included public hearings in the Philippines, New York and London, virtual hearings and expert advice from the former UN Special Rapporteur on human rights and environment, academics from different parts of the world and the Asia-Pacific regional network of NHRIs.

A major comparative advantage presented by the NHRIs is their unique position in working hand in hand with right holders in addressing environmental – human rights gaps facing the most vulnerable populations.

Costa Rica NHRI has found, for instance, that women, girls, men and boys and elder living in coastal areas become especially vulnerable to climate change because their access to clean drinking water and fish become scarce.

The South African NHRI together with food sovereignty civil society organizations has developed a draft climate charter, to be presented to the parliament, with a more holistic approach to the current climate policy.

In recent years, the awareness of the linkages between human rights and climate change has greatly increased. The legal recognition of the right to a healthy environment in more than 150 countries, together with judicial decisions, and academic studies on the safe climate dimension of this right has grown rapidly. NHRIs can be instrumental in translating them into results and action, including under difficult circumstances.

Their role in advising duty bearers, working together with right-holders helps to understand and act upon systemic environmental challenges. Their synergies with environmental human rights defenders can also contribute to more effective investigation and advocacy, not least in the context of informal and unregulated business activities where it is especially difficult to collect data and hold businesses accountable.

Time has come for the international community to do more to support NHRIs in the Global South, a key player often overlooked in climate and biodiversity talks, debates and funding. Due to the intrinsic connections between human rights and environment, the NHRIs need to be further supported to perform their innovative roles in safeguarding life-support systems at various jurisdictional scales, including advocating for the global recognition of the right to a healthy environment by the United Nations.

* The series was organized by the Global Alliance for National Human Rights Institutions (GANHRI), UNDP, the UN Special Rapporteur on Human Rights and the Environment, the Swedish Environmental Protection Agency and UN Environment. A final report with key messages from the webinar series is available on the UNDP website.