Massive attendance of more than six thousand people took part in a solidarity march for refugees and migrants in the center of Athens last afternoon. The call on the march was clear: “We stand with solidarity with refugees and immigrants against the governments of Greece and Turkey, the EU, racism, fascism, imperialism and war”.Solidarity marches also took place in other cities of Greece such as Thessaloniki, which was also massive, and in Ioannina. 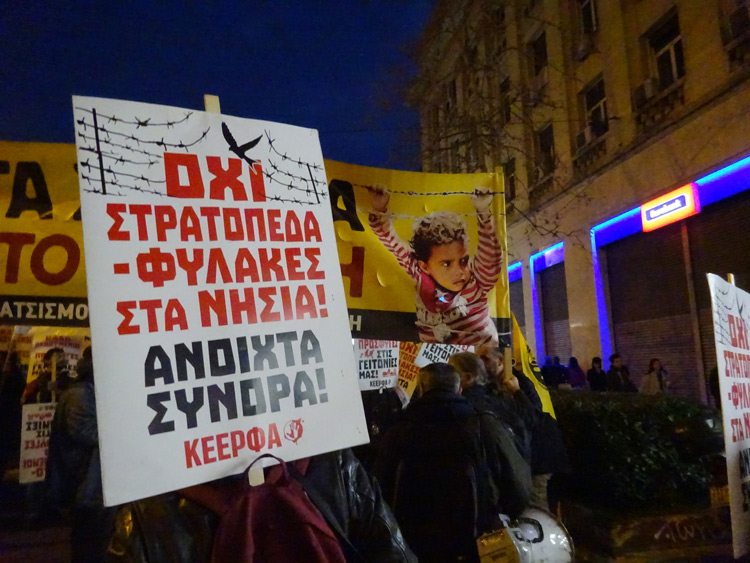