Both Gary Marcus and Yoshua Bengio agree that the field of AI might benefit from an articulation of their agreements and disagreements. The debate will be moderated by Vincent Boucher. 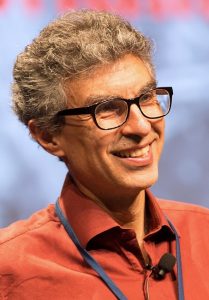 Yoshua Bengio is recognized as one of the world’s leading experts in artificial intelligence and a pioneer in deep learning. Yoshua Bengio’s profound influence on the evolution of our society is undeniable. In 2017, he was named an Officer of the Order of Canada. In 2018, he was is the computer scientist who collected the largest number of new citations in the world. In 2019, he received, jointly with Geoffrey Hinton and Yann LeCun, the ACM A.M. Turing Award – “the Nobel Prize of Computing” – for conceptual and engineering breakthroughs.

He is a full professor in the Department of Computer Science and Operational Research at the Université de Montréal. In addition to holding the Canada Research Chair in Statistical Learning Algorithms, Yoshua Bengio is also the Founder and Scientific Director of the Montreal Institute for Learning Algorithms (MILA) – the world’s largest university-based research group in deep learning, a Scientific Director of IVADO, a CIFAR Fellow and Program Director and a co-Chair of the Canada’s Advisory Council. Concerned about the social impacts of AI, he actively contributed to the development of the Montreal Declaration for Responsible Development of Artificial Intelligence. Yoshua Bengio’s ultimate goal is to understand the principles that lead to intelligence through learning. 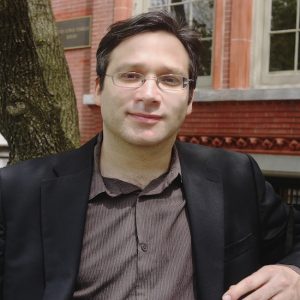 Gary Marcus is Founder and CEO of Robust.AI, and was Founder and CEO of Geometric Intelligence, a machine learning company acquired by Uber in 2016. He is the author of five books, including The Algebraic Mind, Kluge, The Birth of the Mind, and The New York Times best seller Guitar Zero, as well as editor of The Future of the Brain and The Norton Psychology Reader.

He has published extensively in fields ranging from human and animal behavior to neuroscience, genetics, linguistics, evolutionary psychology and artificial intelligence, often in leading journals such as Science and Nature, and is perhaps the youngest Professor Emeritus at NYU.

The debate is a sequel.

To follow the AI Debate on social media : #AIDebate

This event will be livestreamed worldwide.