“XR protesters have been raising the alarm about the climate crisis. We need to listen to that alarm, not outlaw it.”

Extinction Rebellion activists in London celebrated Wednesday after a high court ruled that the protest ban imposed by the city’s Metropolitan Police on the climate group’s “Autumn Uprising” actions was unlawful.

The ruling, said Tobias Garnett, an Extinction Rebellion (XR) activist and a human rights lawyer in the group’s legal strategy team, “vindicates our belief that the police’s blanket ban on our protests was an unprecedented and unlawful infringement on the right to protest.”

Lord Justice Dingemans and Justice Chamberlain said in their ruling (pdf) that the police overreached its authority when it issued its revised section 14 order on October 14.

Among those arrested under the ban was writer George Monbiot. In a statement Wednesday, he heralded the ruling as “a vindication of those who have sought to defend our crucial right to protest.”

Monbiot elaborated his view on why the court ruling was so important in a video shared on Twitter: 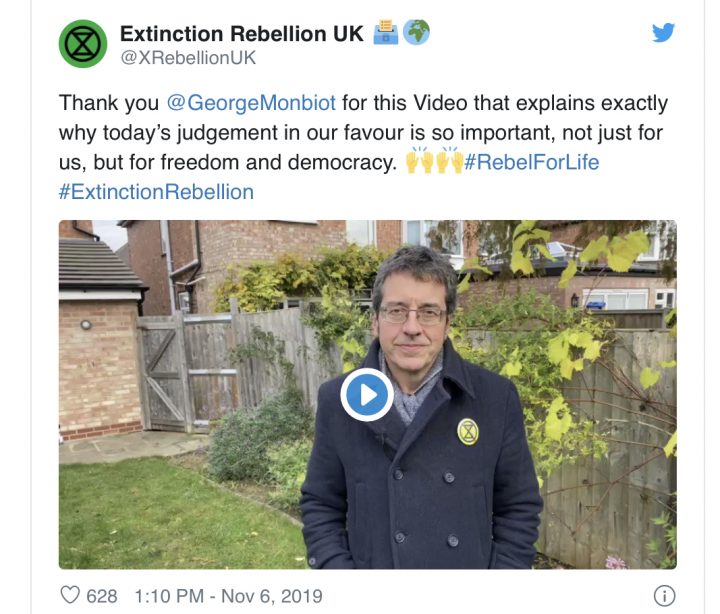 “This is about fundamental, democratic rights,” said Ellie Chowns, a Green MEP arrested while the ban was in place. The “right to assembly and public protest are cornerstones of a functioning demcoracy.””XR protesters have been raising the alarm about the climate crisis. We need to listen to that alarm, not outlaw it.” Chowns also called on politicians to “take action that is as urgent as the climate crisis itself.” 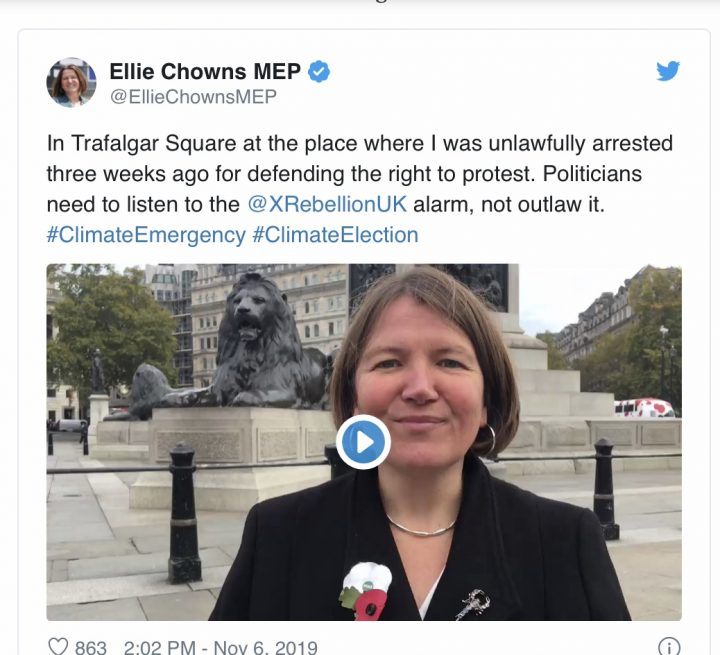 The court’s ruling was also welcomed by Amnesty International, which called the ban “unlawful and a complete overstep.”

“The sweeping, ill-defined, and capital-wide ban sent the chilling message that basic freedoms in this country can be set aside when the authorities choose to do so,” said Amnesty International U.K. director Kate Allen.

“People are understandably deeply concerned at a lack of government action to tackle the climate crisis,” Allen said, “and the authorities should be ensuring that those demanding climate justice are able to participate in non-violent protests.”

According to XR, the several hundred protesters who were arrested under the ban may now sue for wrongful arrest and compensation. 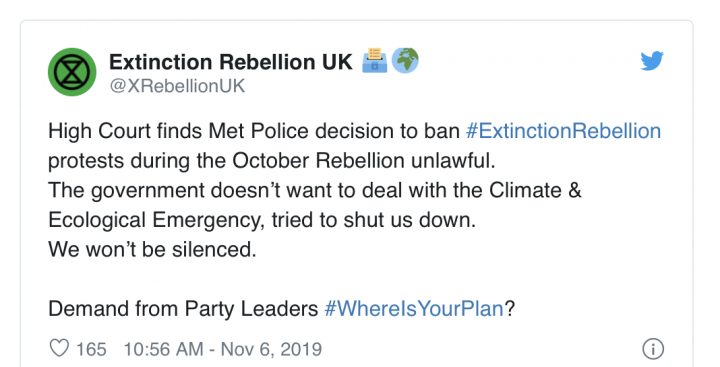 Given that lawmakers have yet to act with the urgency XR says the climate crisis demands, the group stressed Wednesday that the “fight continues.”