The humanist deputy said that President Sebastián Piñera has not understood “the substance of the citizen’s demand” and rejected the option for the current Parliament to draft a new constitutional text. “It is to put the cat to take care of the meat,” he said.

Congressman Tomás Hirsch (PH) criticized on Monday the possibility that the current Parliament will be in charge of drafting a new Constitution and considered that the Government has not understood the massive demonstrations that occurred during the last weeks in Chile.

“Once again we find ourselves before a government and a president who fails to understand what is at the heart of citizen demand, which is to return to be protagonists in the process of our country, to be active and real participants in the construction of our future. That means nothing less than advancing toward a new Constitution through a constituent assembly,” he said in conversation with the first edition of Radioanalisis at Radio Universidad de Chile.

“It’s not a problem of wordplay,” said the parliamentarian with the idea of establishing a “constituent Congress” to draft a new constitution.

“When it is intended that people who are not elected, or a convention that is not fully elected, be there the current parliamentarians or notables or whatever they want to call them, and that this is not pure and strictly democratic and popular representation, a process is being rigged. Historically that’s a huge mistake,” he argued.

In this line, the deputy of the Humanist Party stressed that its sector will propose to the Executive that “Chile today requires a constituent assembly democratically elected by all citizens, where the diversity of the country is represented (…) has to be a democratic process. Any other will be rejected by the majority of Chileans.

Hirsch was especially emphatic in questioning the possibility of the current Parliament drafting a new Constitution: “If he is proposing that the current Congress become constituent, we are in the worst of worlds, is to put the cat to care for the meat. There is no validity for the current Congress, which we were not elected to create a new Constitution, which still has a composition that is not truly proportional and democratic, and which has very high quotas [automatically allocated seats]… no, there is no possibility,” he said.

In this line, the congressman considered that “it is necessary to know very well the details” of the proposal that the Executive will make, but warned that “to the extent that citizens experience that there is something fishy in what the Government proposes, no one is going to be willing to stop the protests.

“Chile has changed and that is not just a slogan,” he concluded. “Despite the fact that we are a country that lacks civic education classes, despite the fact that we have tried to avoid this issue, there has been a tremendous awareness of the relevance of a constituent process and many people see it beyond the simple content, they understand perfectly that the process itself is fundamental. How it doesn’t matter and that is expressed in this demand for a constituent assembly or nothing.

On the other hand, outside the offices of Congress in Santiago, while the Constitution, Legislation and Justice Commission was in session, several citizens spontaneously expressed themselves rejecting the governmental proposal on the matter and allegorizing it with an enormous Constitution locked in its own chains with a lock.

The photos are by Domenico Musella: 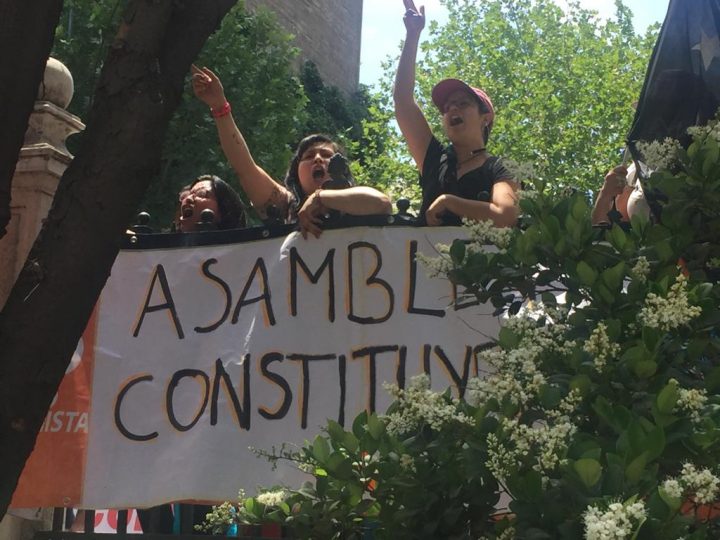 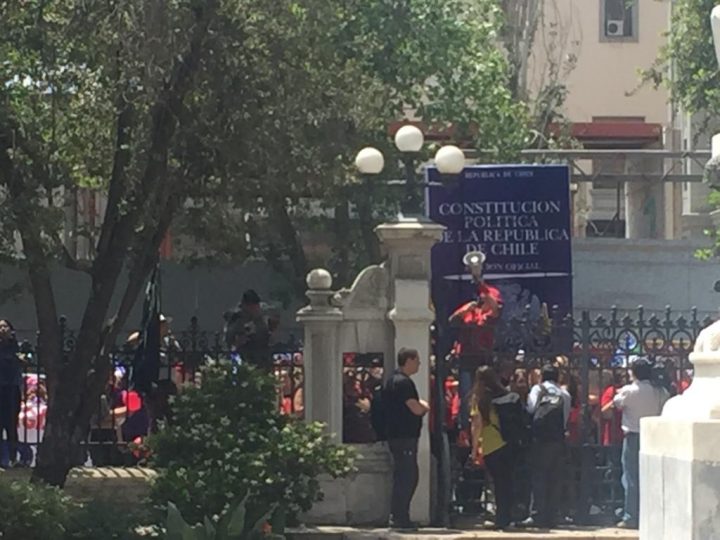 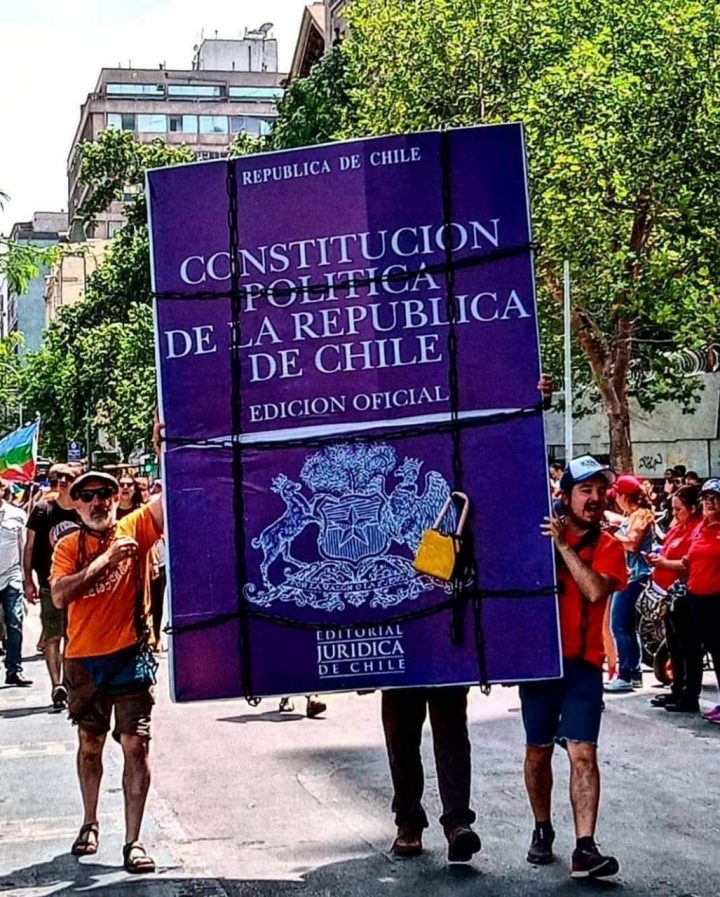 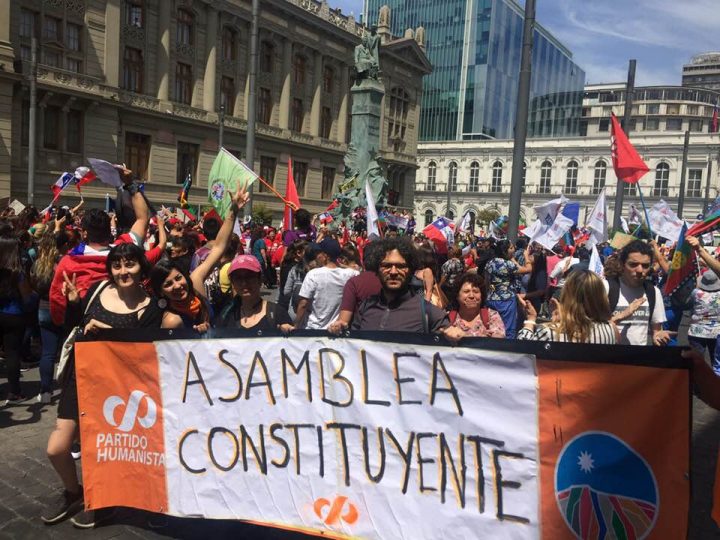 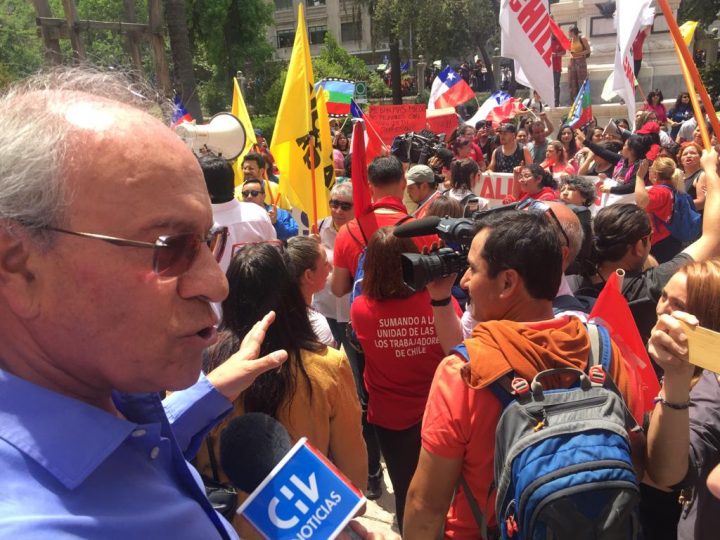 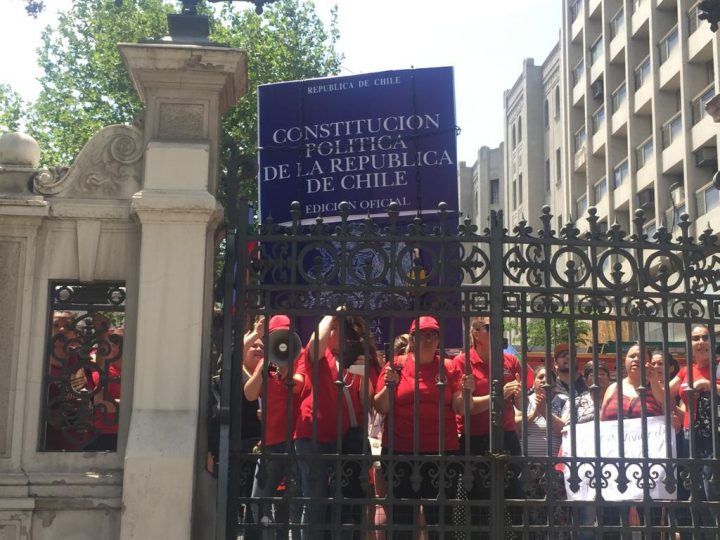