Today, October 9, the day of the National Strike, the afternoon ended with a tweet from President Moreno rejoicing at the beginning of the dialogues with “the indigenous brothers”; a press conference from executive officials enunciating 6 points of their proposal to sit down to dialogue with the Indigenous Movement and affirming that they have spoken with leaders and with the mediation of the UN; and the firm communiqué of CONAIE, the Confederation of Indigenous Nationalities of Ecuador, saying that “there is not any type of negotiation with the government, we are firmer than ever because the people are determined and ask for the repeal of economic measures.” While the press conference was taking place and the Secretary General of the Administration confirmed the peaceful entrance of the march to the Historic Center of Quito, the tear gas bombs were not kept waiting in all the spaces where the demonstrators were. So, the gases were waiting for the peaceful march.

This is the seventh day of the mobilizations that began on October 2 at midnight, 24 hours after the announcement of the economic measures of Moreno’s government. Days before, the vice-president, Otto Sonnenholzner, had asked the Ecuadorian people for “understanding” for the measures that would be announced. Understanding…so, the alarms went off. Did you really think that asking for understanding was enough?

Wrong. The transporters started the strike: the withdrawal of the subsidy for diesel and extra gasoline, but particularly for diesel, fuel for local, interprovincial, national and heavy public transportation in the country, and its consequent price increase, was the trigger. But the unión negotiated two days later with an increase of 10 cents in the cost of the local ticket and other compensations. Really was it thought that to negotiate with the transporters was enough?

Wrong. The government and the elites of this country forgot that there are Indians. How can they forget that there are Indians, if  they are the memory of this land? Well, they forgot because they are in the oblivion of discrimination, racism, poverty, being the owners of this magnificent territory. But indigenous peoples have not forgotten who they are and what they mean. They came down from the mountains, they came out of their jungle, strong and dignified as they always have been, as they have demonstrated time and time again throughout the history of this country and they walked and joined and received the solidarity and support of the Ecuadorian people who know that without them they would not be. They arrived in the capital and they were joined by many. Did they really think that the indigenous peoples and nationalities were not going to react?

Wrong. The history of the country shows us that it is the indigenous people and their organizations that raise the head and the flag of justice for all. They are the ones, again and again postponed, who understand better than anyone else that this is not just a subsidy or not a subsidy, but a new neoliberal attack that favours, of course, the economic elites of this country. Did they really think that the package of policies was going to happen this way, calmly, because thanks to it we will have a better future?

Mistake again… but already one begins to think that perhaps they are not mistakes but pure cynicism. And it becomes clearer when we observe some details and wonder things that are not for the experts. For example:

President Moreno says that subsidies had to be eliminated decades ago, and some scholars say that’s how it is… But then, why didn’t he do it from the beginning of his government and also, with a serious, gradual, progressive plan, taking care of small farmers, fishermen, indigenous rurality? Why does he include it as the first measure of all those that come in the negotiation package with the IMF? Will it be so that we all look only at that and not at all the others, which imply labour flexibilization, among other things?

The president, the vice-president and all his cabinet insist that all the mobilization has been organised by Rafael Correas supporters, with the money that has been stolen from the country in the last decade and in coordination with Nicolás Maduro. So one thinks, if Correa and his team can organise this mobilization, then their power is enormous, so much so, that one has to declare a state of exception to control it. Is it true? And then we also wonder, how will it be possible that the largest indigenous organizations in the country, confronted with the government of Rafael Correa practically all their period, obey him and come down from their communities to destabilize the government of Moreno? Do those in power know so much about the strength and clarity of the indigenous organization? Do you really think that we can believe that discourse?

And to finish, although we could make an endless list, the indigenous people publicly explain their demands: suspension of economic measures, resignation of the ministers of defense and government, an end to mining and extractivism in their territories, among many other points of a serious and consistent agenda and today, the government responds with parceled irrigation systems, cancellation of fines for non-payment of water, collection centres, to mention a few. Of course, all this is important for indigenous rurality, but… it is not in sympathy with the strategic agenda that CONAIE and CONFENIAE have proposed. How will it be possible to begin to dialogue from two very different perspectives of what the country and not only the indigenous peoples need?

But well. If on the one hand there is cynicism, on the other there is opportunism and even provocation, in a country that is still polarized. The movements have been clear: neither Moreno, nor Correa, nor Lasso, nor Nebot. This mobilization is of the Ecuadorian people, it is peaceful, it is nonviolent, and it is led by the indigenous movement. And yes, there have been political figures who want us to believe that it is the cry of the Ecuadorian people for former President Correa to run again. But no. Well, surely there is a percentage of the population that wants it that way, but they are not the ones who are at the forefront of the mobilizations, putting their chests in front of a public force that has acted unchecked. And yes, there have been infiltrators, they have committed acts of vandalism, trying to delegitimize the mobilization, but those are not the ones who are with children in the parks and universities.

Let neither cynicism nor opportunism rob the dignity of this people who have risen up courageously and shouting “no more violence”. 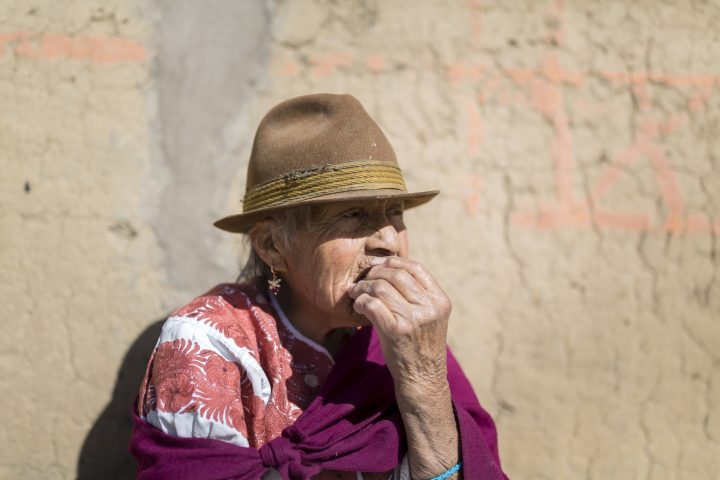 Notes on the margin:

– At this moment, at 8 p.m. in Quito, the public force is dropping tear gas bombs in the universities that have received the demonstrators with food, blankets and medicines donated by the Quito population. In those places there are women, children and girls. Why? Because when the indigenous people move, they move like territory, they move with everything.

– Today, Guayaquil social Christianity called for the March for Peace. The former mayor of Guayaquil, Jaime Nebot, said in an interview that they should tell the Indians to stay on their moors. But well, Guayaquil, it is another story and we don’t have the space to tell it. 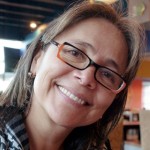