The Israeli society of the 21st century (80% Jews compared to 20% Arab population), would be a melting pot of races, customs, languages and values that would only have in common their Jewish origin and in which there would be a silent slight of hand of an ultra orthodox minority (the “haredim” that although they only represent 10% of its population would be a State within the State) to gobble up all the sensitive areas of the power of the Jewish State (Interior, housing, Mossad, and Army) to attempt to impose the Jewish law to more than 40% of the population, that declare themselves secular. This is a segment of European affiliation, immersed in Western culture and way of life and which wishes to be governed by civil law as in other formal Western democracies.

The vast majority of Israeli society would be a silent accomplice and necessary collaborator in the implementation of xenophobic sentiment against the Arab-Israeli population (according to the civil rights survey “Association for Civil Rights in Israel Annual Report for 2007” published by the daily Haaretz , the number of Jews expressing feelings of hatred towards Arabs has doubled and nearly 60% of Israeli Jews would already oppose the equal rights of their fellow Arabs) and in the increase of the apartheid regime in the Palestinian ghettos of the West Bank and Gaza where the Palestinian population would be subject to the military legal regime instead of depending on civilian power like the Israeli one, known as “the Tel Aviv bubble”.

As a consequence, we could witness the deepening of the civil fracture of Israeli society in the coming years, a prelude to a subsequent totalitarian drift of the current Israeli democracy that will culminate in the establishment of a theocratic-military regime in the Israeli state, which will mean that large sectors of Israel’s secular and urban youth will have to opt to join the list of settlers remotely controlled by the haredim or migrate to the West to escape the Israeli theocratic-military dystopia of the next decade. However, German-Jewish theorist Hannah Arendt in her book “Eichmann in Jerusalem”, subtitled “A Report on the Banality of Evil”, helped us understand the reasons for the individual’s renunciation of his critical capacity (freedom) while alerting us to the need to be ever vigilant in the face of the foreseeable repetition of the “banalization of evil” by the rulers of any political system, including the sui generis Jewish democracy, because according to Maximilian Korstanje “fear and not the banality of evil, makes man renounce his critical will but it is important not to lose sight of the fact that in that act the subject remains ethically responsible for his renunciation”.

Are settlers the spearhead of the theocratic-military regime?

According to the census carried out by the Israeli Ministry of the Interior, when the Oslo Accords (1993) were signed, some 250,000 settlers populated the occupied territories, while today there are more than 700,000. In addition, there would be settlers who would extend their tentacles across the West Bank (140 settlements including Hebron and especially the Jordan Valley which dominates the fertile half of the river and would be a real outpost to control Jordan’s border) as well as East Jerusalem and the Golan Heights, together with the planned completion of the West Bank Wall which would include approximately 10% of the territory of the West Bank, including East Jerusalem where some 60,000 Palestinian houses could be demolished in the absence of official permits. Thus, before the recent elections, Netanyahu reaffirmed “the right of the Jewish people to build in Jerusalem” (which would translate, according to the television channel Arutz 2, into the construction of 1,400 new houses in Ramat Shlomo, the Jewish quarter of East Jerusalem located beyond the so-called Green Line), because in his words “even the Palestinians know that these places will remain under Israeli sovereignty under any kind of arrangement”.

Since the Labour Party promoted the settlements in 1967, the Israeli State would have spent a whopping 7.500 million € and according to a complaint by Maayan Geva, from B´Tselem (Israeli Information Centre on Human Rights in the Occupied Territories) “this policy has consumed the budget for education, social welfare and non-weapon research” and has helped “to increase poverty, with almost one million people below the minimum threshold, including 30 per cent of the child population” so it is not surprising that with the scourge of the crisis, since 2007 there has been an annual growth of its population of between 5 and 10 per cent (twice as fast as in the country as a whole).

Given that 75% of the settlers are ultra-orthodox (more than 500,000), in recent years a dangerous symbiosis has developed in the occupied Palestinian territories between the political leaders of the settlers and the rabbis who for decades have preached their opposition to any territorial commitment to the Palestinians and have tried to give religious justification to the illegal Israeli occupation of the Palestinian territories. Thus, extremist Israeli rabbis would train settlers in schools located in illegally built settlements in the West Bank and the city of Al-Quds (Jerusalem) to commit terrorist acts against Palestinians in the occupied West Bank (Hate and Revenge Attacks), according to the general security services of Jewish Intelligence (Shabak) in a report published on the website ‘Israel Central Issues’.

Will secular society be able to impose itself on the military-theocracy prevailing in Israel?

Former President Jimmy Carter, who went down in history by achieving the historic Camp David agreement between Israel and Egypt in 1979 in his book ‘Palestine, Peace not Apartheid,’ Carter denounces the “apartheid system that Israel applies to the Palestinians. Likewise, in the aforementioned book he denounces “Israel’s non-compliance with the commitments acquired in 2003 under the auspices of George W. Bush”, which included the demands for the total and permanent freezing of the settlements of Jewish settlers in the West Bank as well as the Right to return of the nearly 800,000 Palestinians who were forced to leave Israel after its constitution as a State in 1948 (nakba).

This roadmap was initially accepted by Israel and subsequently ratified by Olmert and Abbas at the Annapolis Summit (2007) with the demand to “end the policy of building settlements in the West Bank and to relax the military controls that constrain the daily life of the Palestinians to the utmost paroxysm”. Carter’s clear message would be that “peace is possible through dialogue and that Israel and the United States have to negotiate with Hamas and Syria, two crucial actors in Middle East policy”, postulates that would be a missile on the waterline of the doctrine of the Netanyahu government that aspires to resurrect the endemism of Greater Israel (Eretz Israel).

Such a Doctrine would clash with the vision of Theodor Herzl, considered the Father of the present State of Israel and founder of Zionism in promoting the creation of the WSO (World Zionist Organization), in his book “The Jewish State: An Essay on a Modern Solution of the Jewish Question”, he proposed the creation of an independent and sovereign Jewish State for all Jews in the world and in his work “The Old New Earth” (1902), he lays the foundations of the present Jewish State as a utopia of a modern, democratic and prosperous nation.The Jewish People was projected into the context of the quest for rights for stateless national minorities of the time, such as Armenians and Arabs. Later, in 1938, the visionary Einstein warned of the dangers of exclusionary Zionism by stating, “I would like a reasonable agreement to be reached with the Arabs on the basis of a peaceful life in common, as I think this would be preferable to the creation of a Jewish state.

In spite of the feeling of apathy of the Israeli youth, something is moving because according to the EFE Agency, the Israeli left managed to gather thousands of people in Tel Aviv in a demonstration with the slogan “Two nations one hope: against 50 years of occupation”, to reject half a century of occupation of the Palestinian territories. The protest, led by the Israeli pacifist NGO Shalom Ajshav (Peace Now), claimed with written and shouted slogans that “fifty years is enough” and “Jews and Arabs refuse to be enemies” and for his part, the Arab deputy Ayman Odeh said that “it is important that the people go out into the streets and put the government against the wall. And that the struggle here today, whether of Jewish and Arab citizens together, gives hope, we have to build that unity to end the horrendous occupation that harms us all. 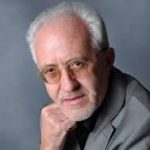