The new Parliament, as it emerged from the results of the 7th July elections in Greece, consists of six parties. This time, the neo-Nazi party Golden Dawn is out of Parliament and this is a victory for the 58% of the electorate that went to the polls.

The conservative right wing New Democracy (Nea Dimokratia) achieved self-reliance with 39.84% and 158 MPs. SYRIZA, who until recently was in government, got 31.54% and 86 MPs. For the first time, two new parties are coming to the Parliament: The Greek Solution (Elliniki lisi), a controversial direction with far-right rhetoric, and Diem25, led by former Finance Minister Yiannis Varoufakis.
In a statement, the new Prime Minister, Kyriakos Mitsotakis, said that he wants to be the prime minister of all Greeks and that his self-reliance gives him a four-year rule. Outgoing Prime Minister Alexis Tsipras said he would make a strong opposition and wished the rise of New Democracy (Nea Dimokratia) not to be a cause of revivalism and revenge. Yiannis Varoufakis referred to the referendum night in July 2015, saying that the people punished the governments that oppressed them, and that Diem25 is starting a race against the “Latvian model”.

The electoral process will be repeated in a polling station in Exarchia, Athens, where a 10-member team invaded and stole the ballot box. Despite this episode, the formation of a government seems likely to happen today 8 July. 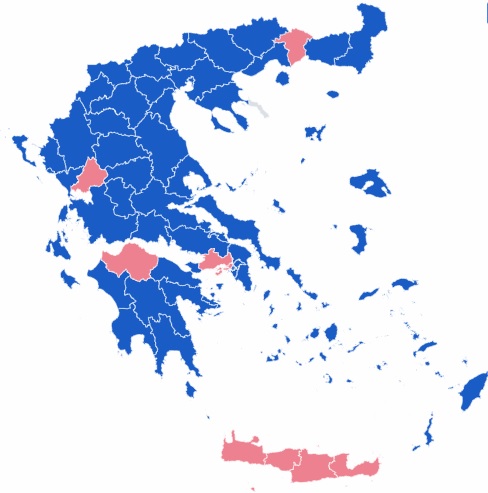