For the health-conscious consumer, it’s hard to keep up with the dizzying array of products on offer. Consumers want unbiased information to help them make the right choices, and industry says it is listening and working with health researchers to provide better and more nutritionally sound products. For academia, this can translate to serious funding opportunities.

Researchers and academics are increasingly being encouraged – even required – to get research funding from different sources, including industry and nonprofit organisations funded by industry. Generating income has become as important as the quality of academic output in hiring, retaining and even firing academic and research staff. In public health and nutrition, however, industry money remains the subject of fiery debate.

Some see industry as a necessary source of research support. From this perspective, these partnerships give scientists a say in the research, allowing them to improve health and well-being by collaborating with industry.

Corporate funding can pay for staff, conduct of studies, travel, publication charges and other research-related activities. These researchers say that we can better judge influence with clear conflict of interest statements that reveal the nature of their relationship with industry.

Meanwhile, multinational corporations say they remain committed to principles that protect the public interest. After all, it is in their financial interest to do so. This thinking directs how they fund researchers. For example, The Coca-Cola Company has pledged transparency, openness and commitments on social responsibility and research, stating that:

We sought to find out to what extent this was borne out in practice, questioning whether it funds research and allows publication, even if the findings could harm its interests and profits. Can industry money really bring all these benefits while simple conflict of interest statements negate any influence?

What industry funding means for research

Our research suggests that it isn’t that simple. We recently obtained Coca-Cola research agreements and email correspondence through freedom of information requests made by US Right to Know. We analysed five research agreements in an article recently published in the Journal of Public Health Policy. While contracts show that Coca-Cola does not control day-to-day conduct, it retains various rights throughout the process.

We found provisions in research funding agreements that could allow Coca-Cola to stop the research it funds at public universities in the US and Canada. Several clauses in legal documents give Coca-Cola the right to receive updates and comment on findings before research is published, and the power to terminate studies early without reason. Coca-Cola then holds rights regarding all the data and research, thereby potentially allowing it to deprive the public of this study data where the data is at odds with its commercial interests.

While these provisions mean some unfavourable results might not see the light of day, what about the studies we do see?

Research suggests industry money does bias results and produce troubling conflicts of interest. We know that while the studies may report no influence by the funder, they may get to comment on study design, presentation of results and even acknowledgement of funding itself.

In 2015, the New York Times revealed that Coca-Cola sponsored researchers whose studies played down the link between diet and obesity. Likewise, the Associated Press revealed how a food industry trade association funded and influenced studies which concluded that children who eat sweets have healthier body weights than those who do not.

Many experts in nutrition and public health suggest that the food industry is copying tactics from tobacco companies. Corporations can now determine our health. 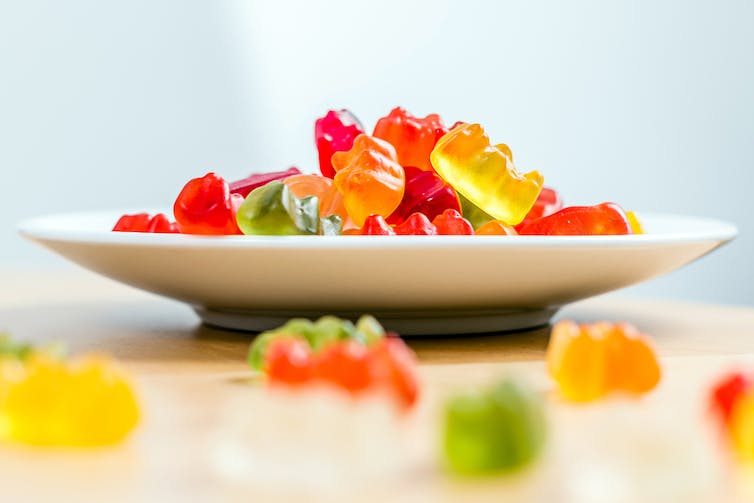 To fix this problem, corporate social responsibility needs to be more than just shiny websites stating progressive policies that get ignored. And journals should require authors to disclosure research agreements with corporate funders so that readers can assess their influence on researchers and their work.

We would also like to see a registry of all industry-funded studies that have been terminated. The lack of information on industry input and studies terminated before results are published makes it impossible to know how much of the research entering the public domain reflects corporate positions. The research agreements we analysed suggest that if Coca-Cola wanted, it has the power to bury research that detracts from its image or profits.

The Conversation asked Coca Cola to respond and it said that since 2016 it had not independently funded research on issues related to health and well-being “in keeping with research guiding principles that have been posted publicly on our website since that time”. The company said it had adopted these guidelines to address questions that arose when it was the sole funder of similar research.

It said that a list of health and well-being research funded by The Coca-Cola Company dating back to 2010 had been made available on its website for nearly four years. It stressed that any research it had funded and disclosed on its site was conducted “in accordance with our publicly stated approach to funding scientific research, including the fact that we do not have the right to prevent the publication of research results nor do we provide funding conditioned on the outcome of the research”.

But there remain concerns that – with the power to trumpet positive findings and bury negative ones – some big corporations could use funded science as an exercise in public relations. It’s time we begin holding these powerful multinational corporations to account for their impacts on our health.