The U.K. Parliament made history on Wednesday by becoming the first to declare an environment and climate emergency.

MPs in the House of Commons passed the motion put forth by Labour leader Jeremy Corbyn following debate.

“This can set off a wave of action from parliaments and governments around the globe,” Corbyn said in a statement, which called attention to the recent wave of actions demanding urgent action on the climate crisis.

“Protesters and school-strikers told us to act,” he said. “Governments never act without pressure and we must keep the pressure up. I’m proud that the Labour Party brought this motion to the House, and now we will carry on this work by developing our plans to deliver a Green Industrial Revolution.”

Climate activists welcomed the development—and the grassroots power that made it happen—but also stressed that it must be followed by a dismantling of business-as-usual to truly behave as though it’s an emergency.

BREAKING – UK MPs pass a motion to declare an environment & climate emergency. This has seen them start to #TellTheTruth about the climate & ecological crisis. They must now halt biodiversity loss, go net #ZeroCarbon2025 & create a #CitizensAssembly.pic.twitter.com/qXR7vEJwpG 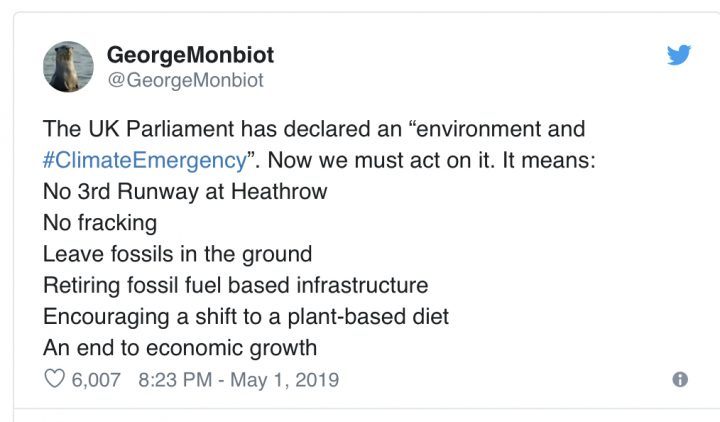 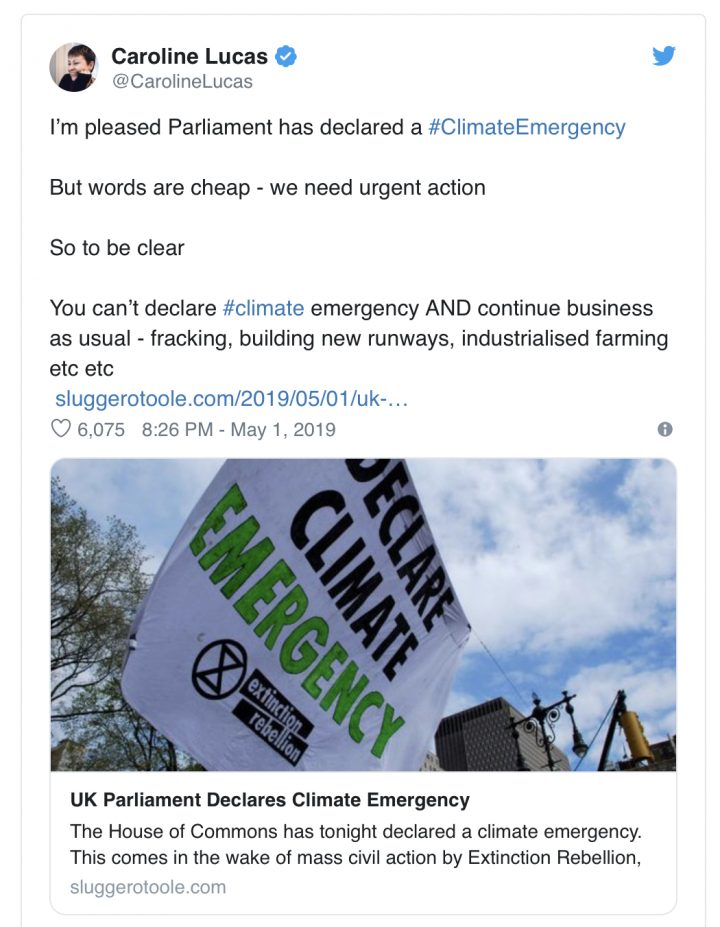 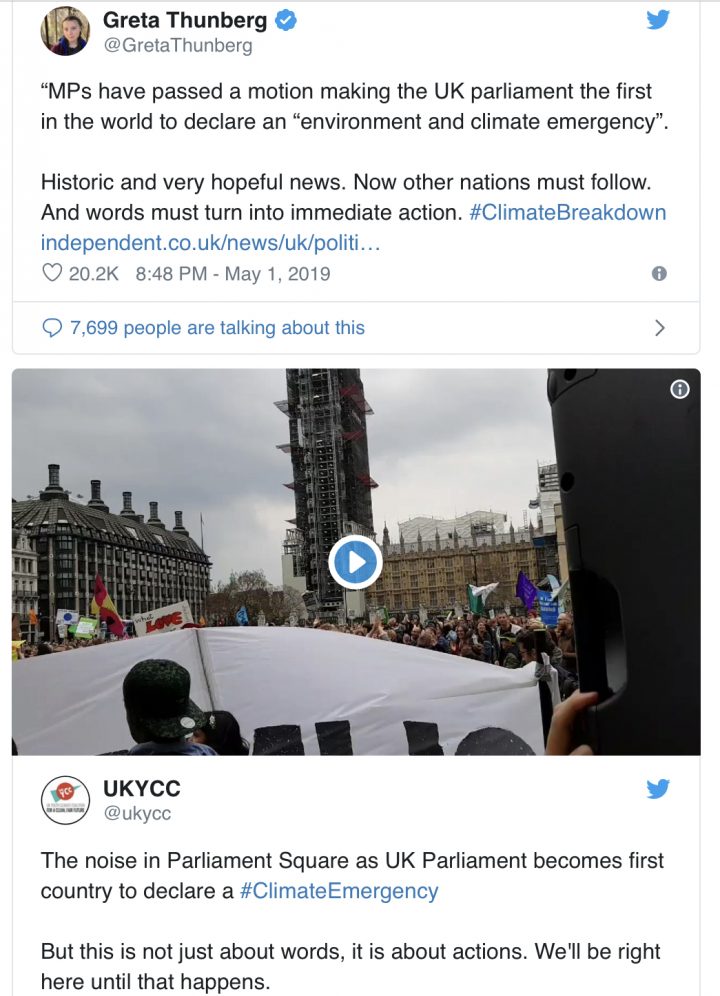 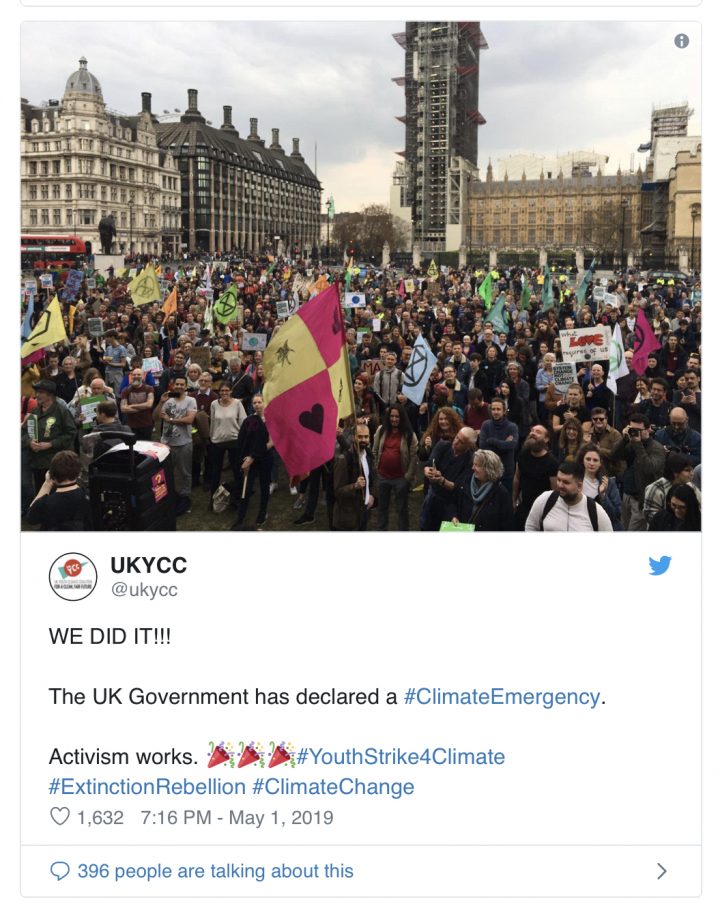 The U.K. Parliament will vote Wednesday on a Labour Party motion to declare a climate emergency.

“We have no time to waste,” Labour leader Jeremy Corbyn said in prepared remarks. “We are living in a climate crisis that will spiral dangerously out of control unless we take rapid and dramatic action now.”

“The truth is they are ahead of the politicians on this—the most important issue of our times,” said Corbyn.

“By becoming the first parliament in the world to declare a climate emergency,” he added, “we could set off a wave of action from parliaments and governments around the globe.”

Watch the debate in the House of Commons currently underway:

A number of environmental groups, including UK Student Climate Network, Extinction Rebellion, and Friends of the Earth, are supporting a demonstration outside Parliament at 5pm.

“The first step to mitigating the worst impacts of climate change is making the government admit the scale and urgency of the situation,” the groups said in a call-to-action. “This is our chance to make that happen.”

In a tweet posted Tuesday, Corbyn gave a sense of urgency to his party’s motion. “It’s time to act,” he said.