Stephane Dujarric, a spokesman for Guterres, conveyed the secretary general’s reply to the aid request in a public press briefing on Thursday.

“The United Nations is ready to increase its activities in Venezuela in the areas of humanitarian assistance and development. However, for this, the United Nations needs the consent and the cooperation of the Government,” said Dujarric. 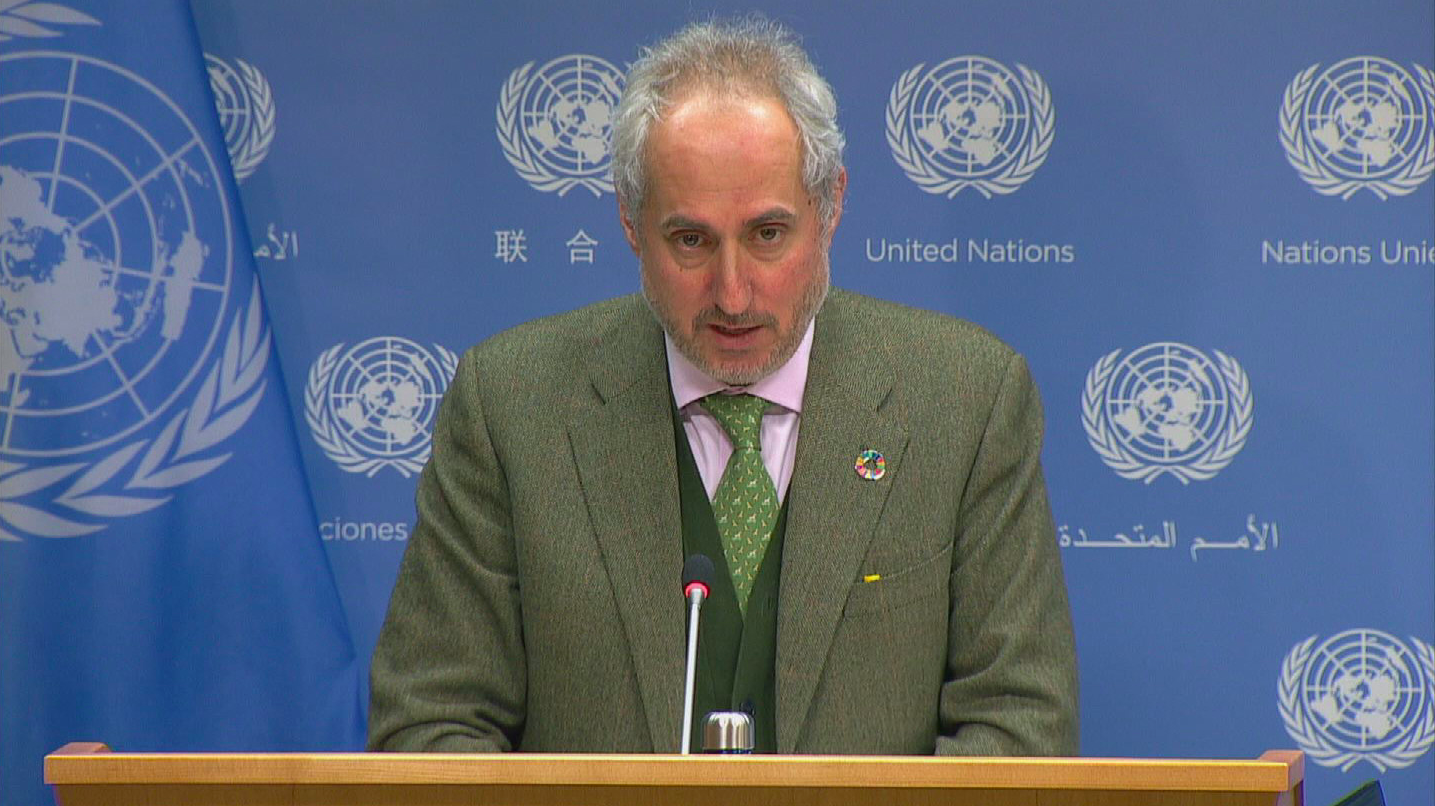 The letter came shortly after Guaido’s self-proclamation as “interim president” of Venezuela, rejecting the presidency of Maduro, who was sworn in earlier after winning an election boycotted by the opposition.

The move by Guaidó sparked a political crisis in the country, especially after it was recognized by the United States, which confiscated Venezuelan state assets in America, including a subsidiary of the Venezuelan state oil company, to channel them to Guaidó.

There has also been speculation that the US may be preparing for a military invasion of Venezuela in support of Guaidó.

‘All options on the table’

On Friday, US National Security Adviser John Bolton — who triggered that speculation in the first place — denied any imminent plans for a US military intervention in Venezuela but declined to rule out the military option altogether.

“The president said all options are on the table,” Bolton said, referring to an earlier remark by US President Donald Trump.

US Vice President Mike Pence echoed Bolton’s remarks, saying that Maduro had to step down.

Addressing a gathering of pro-opposition Venezuelans in Miami, Pence said “all options are on the table,” and warned Maduro “not to test the resolve of the United States”.

“This is no time for dialogue. This is time for action,” he added.

Venezuela would be another Vietnam for America: Maduro

In a video published on his Facebook page on Wednesday, Maduro urged the American people to show solidarity with Venezuela and stop their government from getting entangled in another “Vietnam” by invading Venezuela. 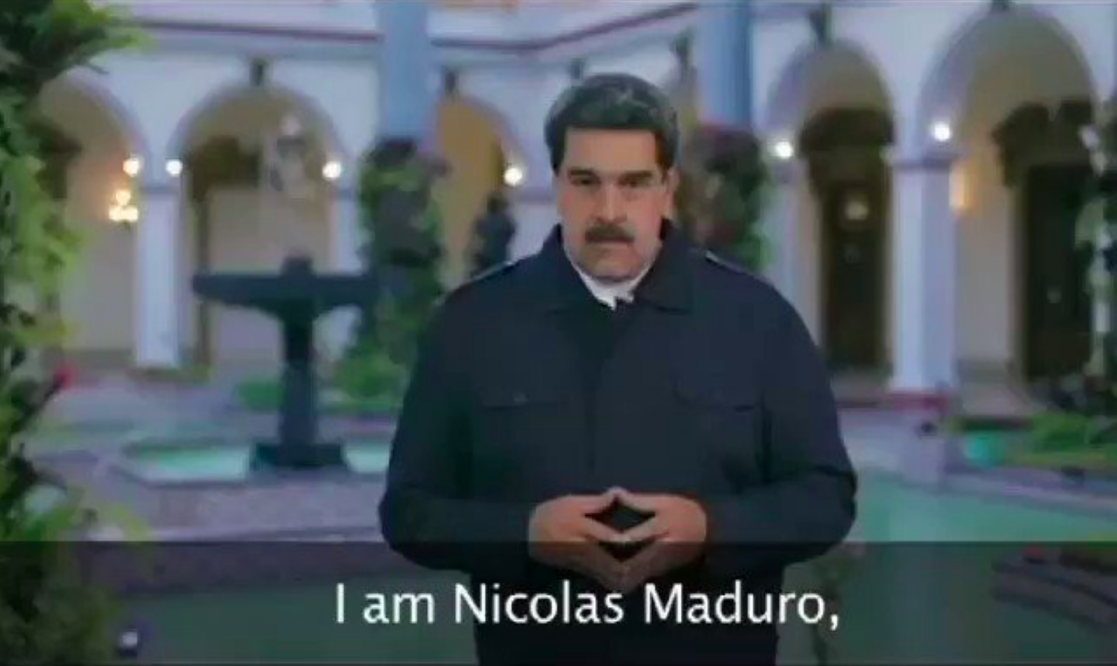 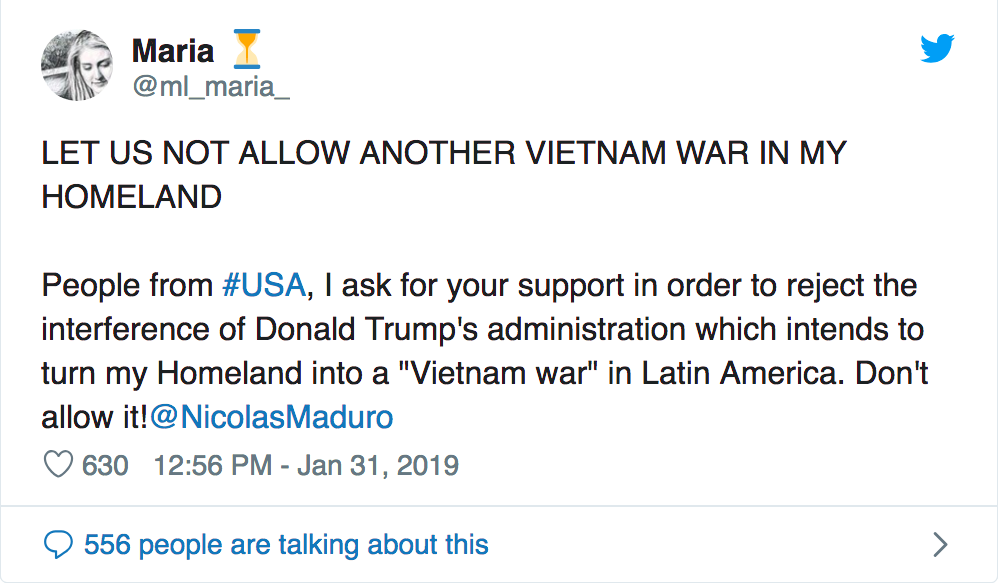 Maduro also said that a “global campaign” involving the dissemination of “fake manipulated images” had been launched against his country to justify foreign intervention, calling on Americans not to believe what “media outlets in the United States say.”

“Those who run the empire in the United States want to get their hands on our oil just like they did in Iraq and Libya,” he said.

Italy does not recognize Guaido

Italian Deputy Foreign Minister Manlio Di Stefano made similar remarks on Thursday, warning that the “mistake” that happened in Libya shouldn’t be repeated in Venezuela.
“We must prevent this from happening in Venezuela,” Di Stefano said.
He added that Italy “does not recognize” Guaidó as interim president. 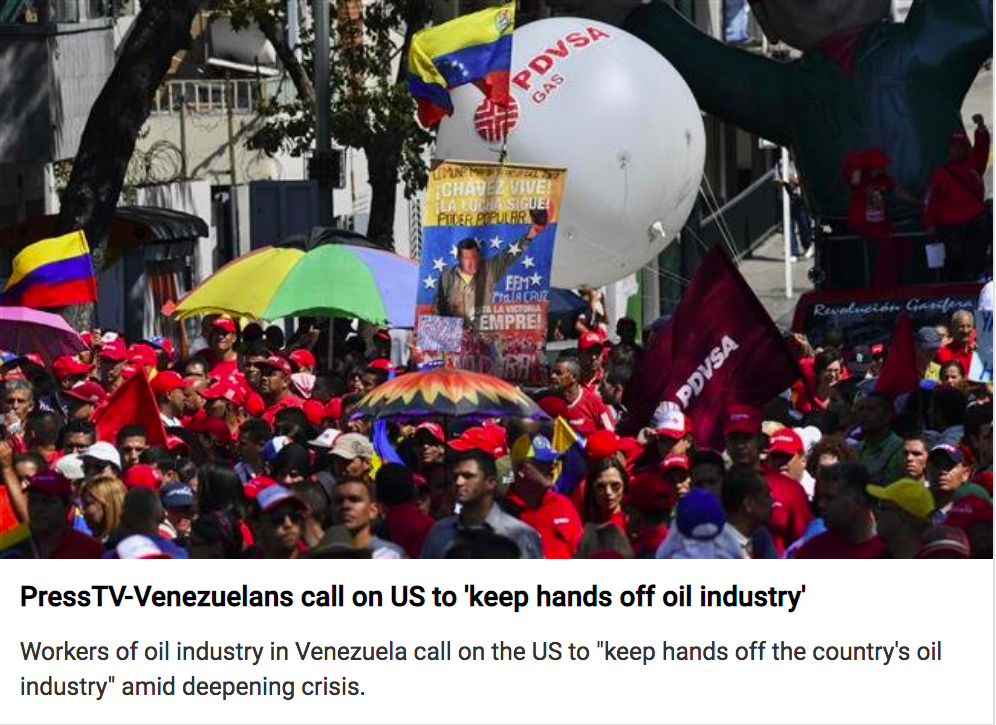 PressTV-Venezuelans call on US to ‘keep hands off oil industry’

Workers of oil industry in Venezuela call on the US to “keep hands off the country’s oil industry” amid deepening crisis.

“I am especially concerned to hear reports that these sanctions are aimed at changing the government of Venezuela,” said Jazairy, adding that such “coercion” by outside powers “is in violation of all norms of international law.”

“Precipitating an economic and humanitarian crisis…is not a foundation for the peaceful settlement of disputes,” he said.

Maduro has said he is ready to sit at the negotiating table with the opposition to end the political crisis in the country.

This article was originally posted here