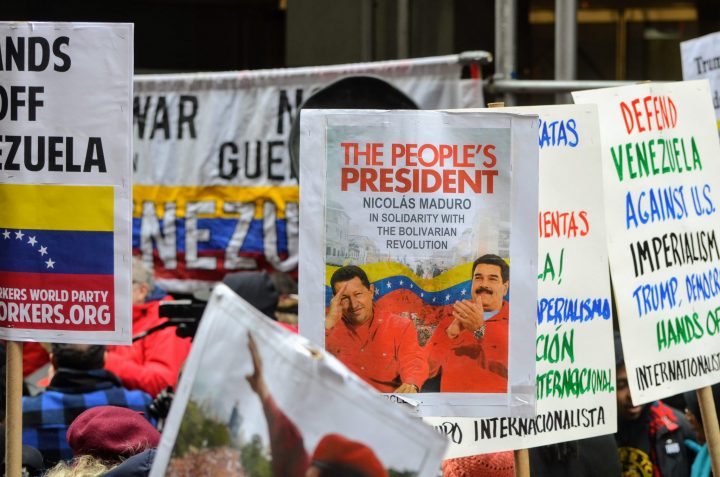 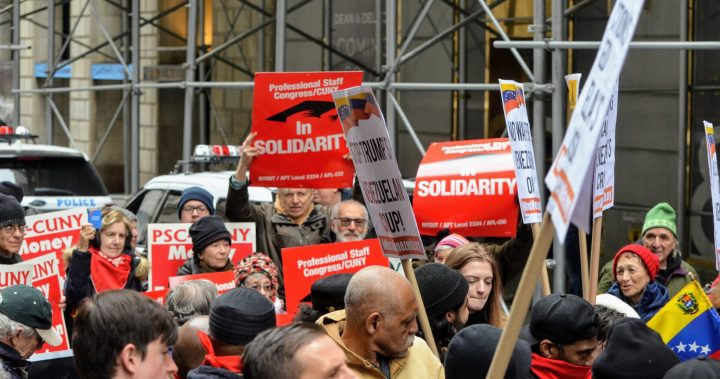 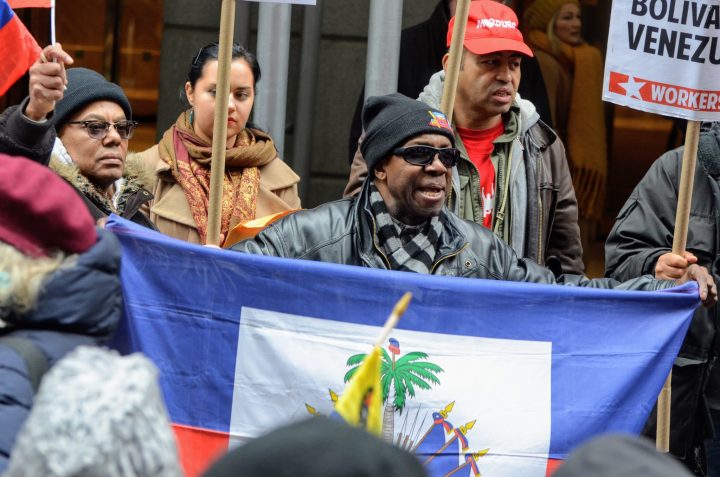 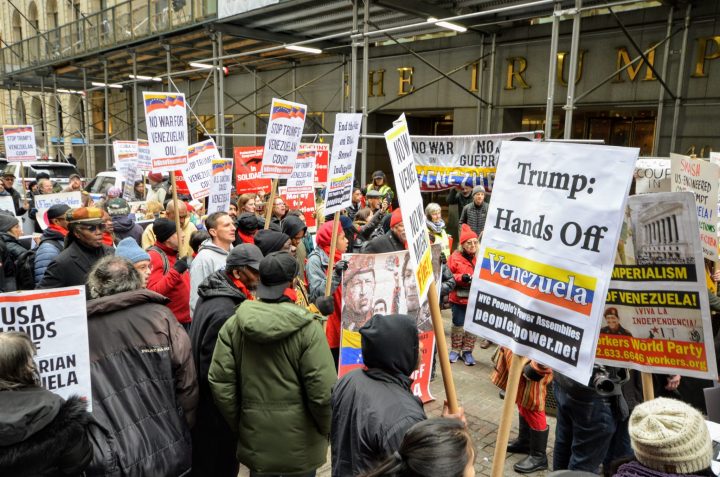 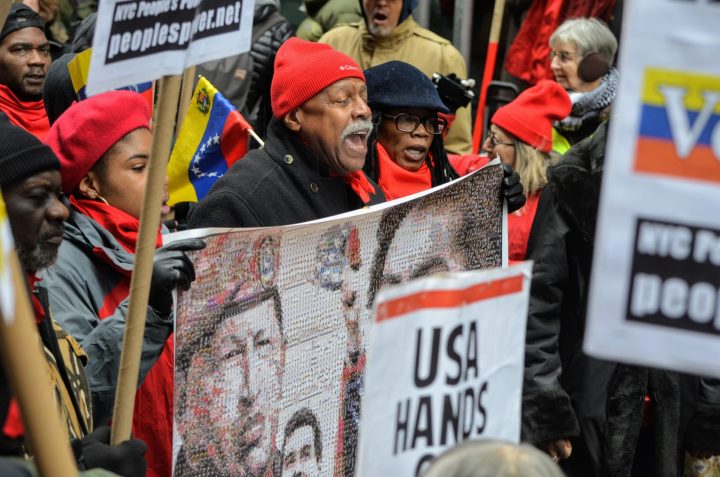 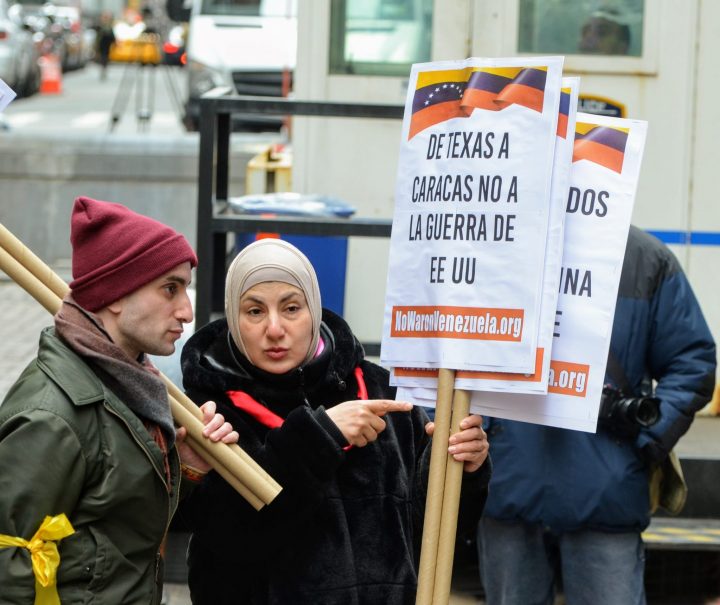 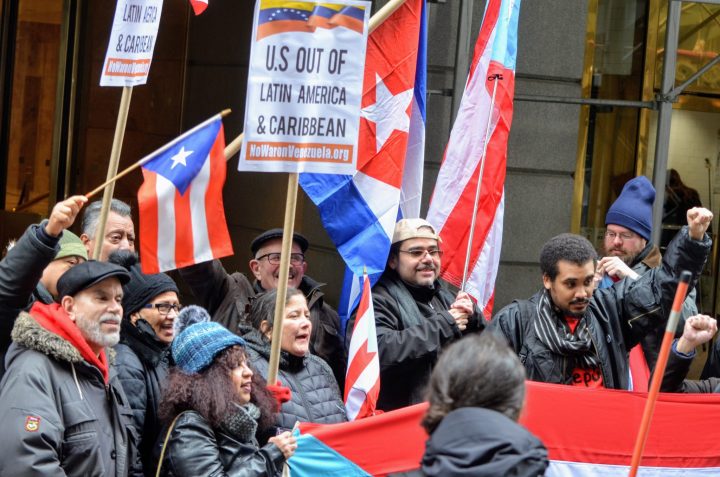 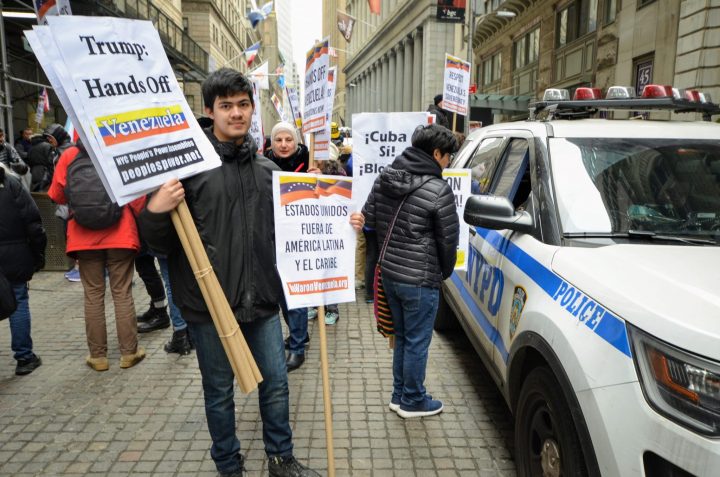 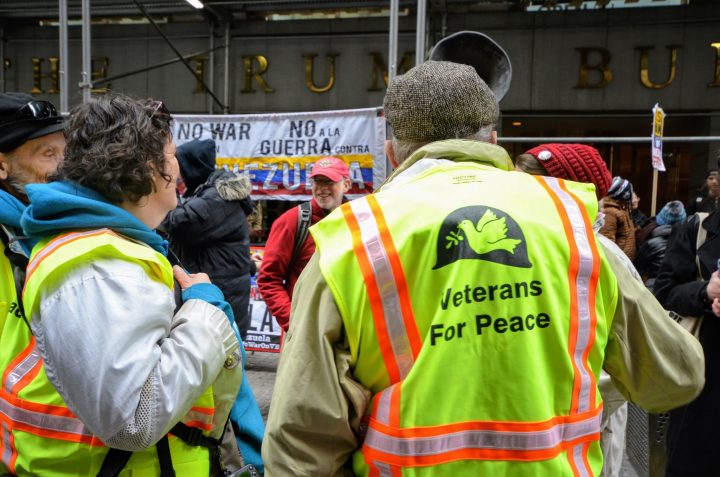 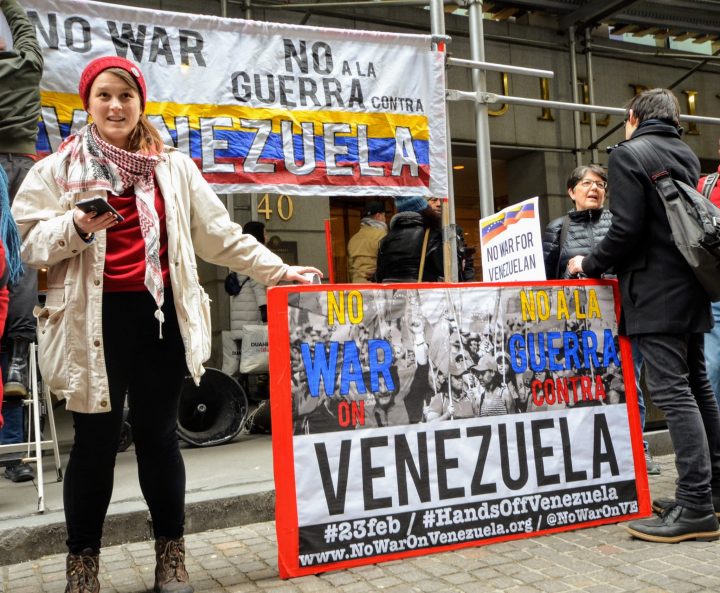 #23Feb actions have been called across the country and across the globe. Full list here: nowaronvenezuela.org/23feb

We cannot be silent in the face of the latest U.S. aggression against the Venezuelan people. Nicolás Maduro is the president of the Bolivarian Republic of Venezuela, chosen twice by the people as part of an internationally observed electoral process. Since the 1998 election of Hugo Chávez, the United States has been relentless in its pursuit of regime change in Venezuela. With Donald Trump in the White House, these efforts have escalated to threats of all-out military violence, the plundering of billions of dollars in wealth from the Venezuelan people and pushing a multitude of outrageous lies in the global media.

For hundreds of years, the U.S. has waged war against the people of the world through coups, invasions and economic warfare. Juan Guaidó is a U.S. puppet. He is not a representative of the Venezuelan masses. The idea that a person can swear themselves in as president at a rally in the interest of “defending democracy” is laughable. The right wing in Venezuela claim the Bolivarian elections are rigged because they refuse to participate in them. Instead they engage in voter intimidation using violence reminiscent of Jim Crow terrorism against African-Americans in the Deep U.S. South.

U.S.-led sanctions and currency manipulation are responsible for the suffering in Venezuela. Marco Rubio and right-wing media guide the Venezuelan opposition from Miami. The U.S. cannot stand for any country on the planet to enjoy its natural wealth or the fruits of its labor independent of Wall Street and the Pentagon. Venezuela has the largest proven oil reserves in the world and is rich in gold and other mineral wealth. Iraq war architect John Bolton said that regime change in Venezuela would be a tremendous opportunity to gain more profits for Wall Street. We believe him.

Since the Bolivarian Revolution in 1998, massive strides have been taken to uplift the working class, Afro-Venezuelans and Indigenous populations in Venezuela. The working poor have made tremendous gains because the government implemented policies and passed laws to fight racism, sexism, homophobia and economic inequality. Despite sanctions and sabotage, Venezuela has maintained a transparent and democratic system through many elections. Venezuela provides aid to struggling people worldwide through subsidized fuel and by leading the way with progressive labor laws. Their gains are part of the global struggle waged by workers and the oppressed against the wealthiest and most powerful capitalists on the planet.