Remarks at the Ecuadorian Consulate in Queens on Friday, January 18, 2019

Thank you to the New York chapter of the Ecuadorian Confederation of Journalists for organizing this celebration of journalism and thanks to the consulate for hosting this event. It is an honor to have been invited and to take part in this discussion. For me it’s a discussion about people of courage, people who are doing the unbelievable work of uncovering information and bringing it to the public at large.

What is information? What is it that we are calling news? The most important news is about issues that powerful people don’t want the general population to know. If we talk about something that everyone knows, no one will be interested.

I can’t be here today in this Ecuadorian Consulate in Queens, talking to you, my friends and fellow journalists, and not talk about the severe situation faced by Julian Assange, founder of Wikileaks and currently under asylum jail in the Ecuadorian embassy in London. It has been almost 7 years since Assange took refuge in the Ecuadorian embassy to escape extradition by the British authorities. If he steps outside the embassy door, he will be immediately arrested and most likely extradited to the United States, where he would face a long prison sentence, or worse.

For years, whistleblower Assange has been waiting at the small embassy in London and, since Lenín Moreno was elected, his situation has worsened. He no longer has contact with the outside world, except with his lawyers, his state of health is deteriorating rapidly, and he is denied necessary medical attention. Added to this is daily harassment, which is intended to make life a living hell for the founder of WikiLeaks.

With this introduction done I want to convey a few points to you today. First, a country that calls for human rights and freedom of expression all over the world does NOT have the courage to apply it within its own walls. The UK has a cowardly government that doesn’t have any courage to face up to the United States and give Assange political asylum. It doesn’t have the courage to deal with a few hundred immigrants in Calais dying in their attempts to claim asylum. Britain calls itself a democracy and yet can’t let go of its monarchy. Please, we have to stop believing in this propaganda, this is just a show.

Here is a short excerpt from a statement by the United Nations Working Group on Arbitrary Detention called “UN experts urge UK to honour rights obligations and let Mr. Julian Assange leave Ecuador embassy in London freely.” The statement was endorsed by the UN Special Rapporteur on the situation of human rights defenders, Mr. Michel Forst. “On 10 December, the world celebrated International Human Rights Day. Seventy years ago, on that very day, the United Nations proclaimed the Universal Declaration of Human Rights, the mother of all rights. It is time that Mr. Assange, who has already paid a high price for peacefully exercising his rights to freedom of opinion, expression and information, and to promote the right to truth in the public interest, recovers his freedom.”

I’m concluding this discussion by taking one question from an interview done by Reto Thumiger of Pressenza with Jorge Jurado, ex-Ambassador of the Republic of Ecuador in Berlin:

Question: If I understand correctly, there is no pressure within Ecuador on Moreno to treat Assange better or to find a humane solution to the problem, then in reality only international pressure can help. What can German civil society do to support Assange?

Answer: Not only in Germany, I think it’s very important to exert a very strong, lasting and daily pressure. International solidarity with this person, who is now in a very difficult situation. In Germany there is the possibility to do a lot for him. Put pressure on German politicians so that they, too, put pressure on them to bring about a certain change, so that the UK Government takes a different path. The international pressure must be much greater… From here I have the impression that Assange’s situation is not an everyday issue, but he suffers it every day. I see no other way to increase the pressure of international solidarity and to continue to expand the campaigns as much as possible.

I personally would like to thank Ecuadorians for their support during these many years and want to ask everyone in this room to renew our efforts to condemn the UK in front of this immoral failure. By working to free Julian Assange we are fighting for justice, and exposing the moral corruption of our governments, the manipulation of the justice system, and the brainwashing by the corporate and social media. 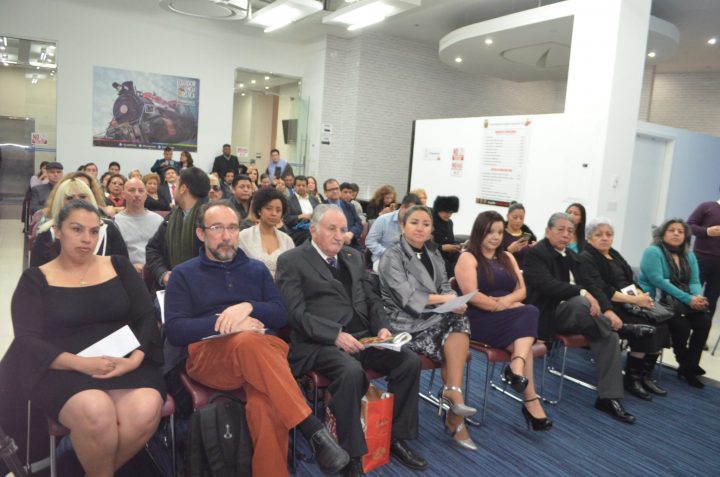 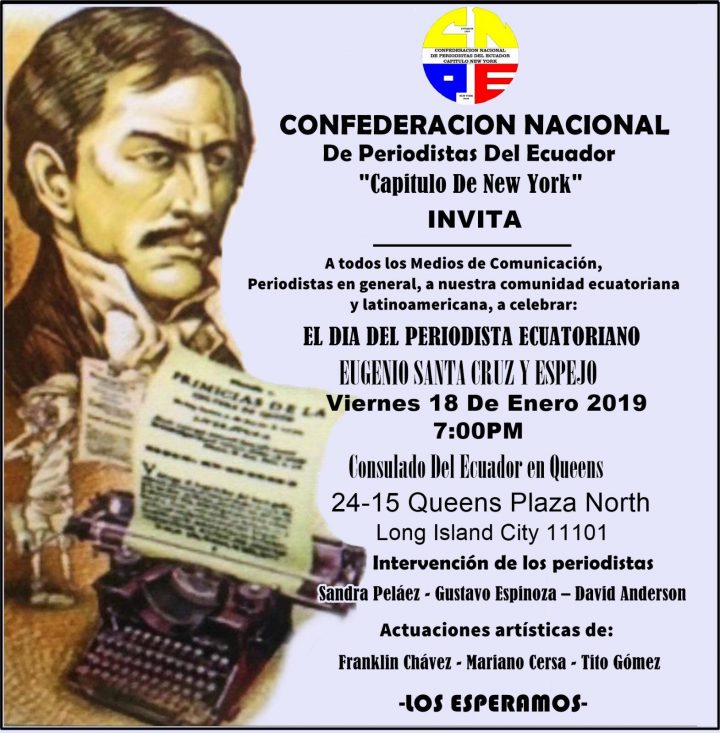