Text and photos by Mauricio Alvarez.

The Yellow Vests movement is growing more and more. A few days before a fourth major day of demonstrations, scheduled for Saturday, December 8, 2018, actions are multiplying all over France: roadblocks, blockades of petrol stations, “toll-free” operations, and so on. Despite the government’s various attempts to criminalize this unprecedented citizen mobilization, the movement is still approved by more than 75% of the French population. High school students and trade unions are gradually joining the mobilization, and the possibility of a general strike or a possible revolution haunts everyone’s mind.

In this particular context, we would like to take a step back and try to understand the impact of this Yellow Vests movement on Democracy. The real one. 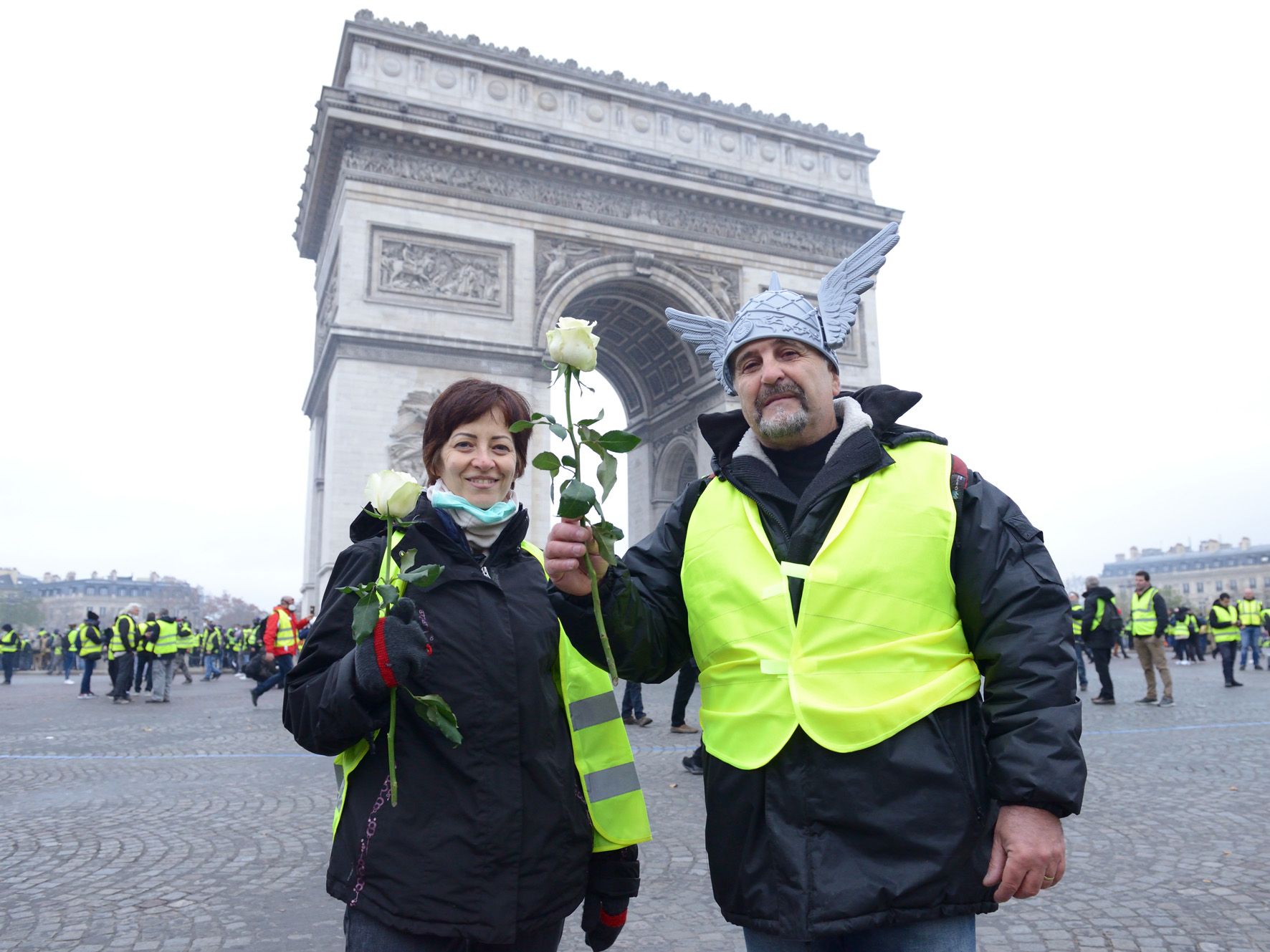 To start with, let’s return to the etymology of the word Democracy. The word comes from the Greek demos: people, and kratos: power, authority. Democracy is therefore the political system in which power is held or controlled by the people, without distinction on the basis of birth, wealth, competence… (principle of equality).

It is obvious that even if democracy has been placed as an ideal to be achieved, it has always been abused throughout history. In the context of this article, it would be boring to go back over concrete cases from the past to demonstrate this statement. So, let’s focus mainly on the current situation.

In most countries of the world, the most common form of government is oligarchy, where power is reserved for a small group of people who form a ruling class. In France, there is a clear academic path for future elites. This extends from the Henri IV and Louis Le Grand high schools to the École nationale d’administration and the Paris Institute of Political Studies.

The result of this closed-circuit journey is the profound disconnection between the “golden” lives of rulers and those of the citizens they are supposed to represent.

The influence of capitalism on Democracy

Since the advent of capitalism in the 18th century, governments around the world have been confronted with a strong influence of industrialists and capital owners in their political decisions. So much so that today, countries are governed like actual companies, where the social aspect is increasingly considered as a “deformation” that must be avoided at all costs. Growth, balanced budgets, debt, taxation, etc. are the reference points for designing policy strategies and programmes. Human beings and nature are therefore relegated to a lower level. They have become simple adjustable variables.

In the words of Étienne Chouard, “For 200 years, elections have allowed the rich to buy power, (and therefore to no longer pay taxes, to pursue a sustainable policy of unemployment, low wages and high profits) and they call it ‘representative government'”. 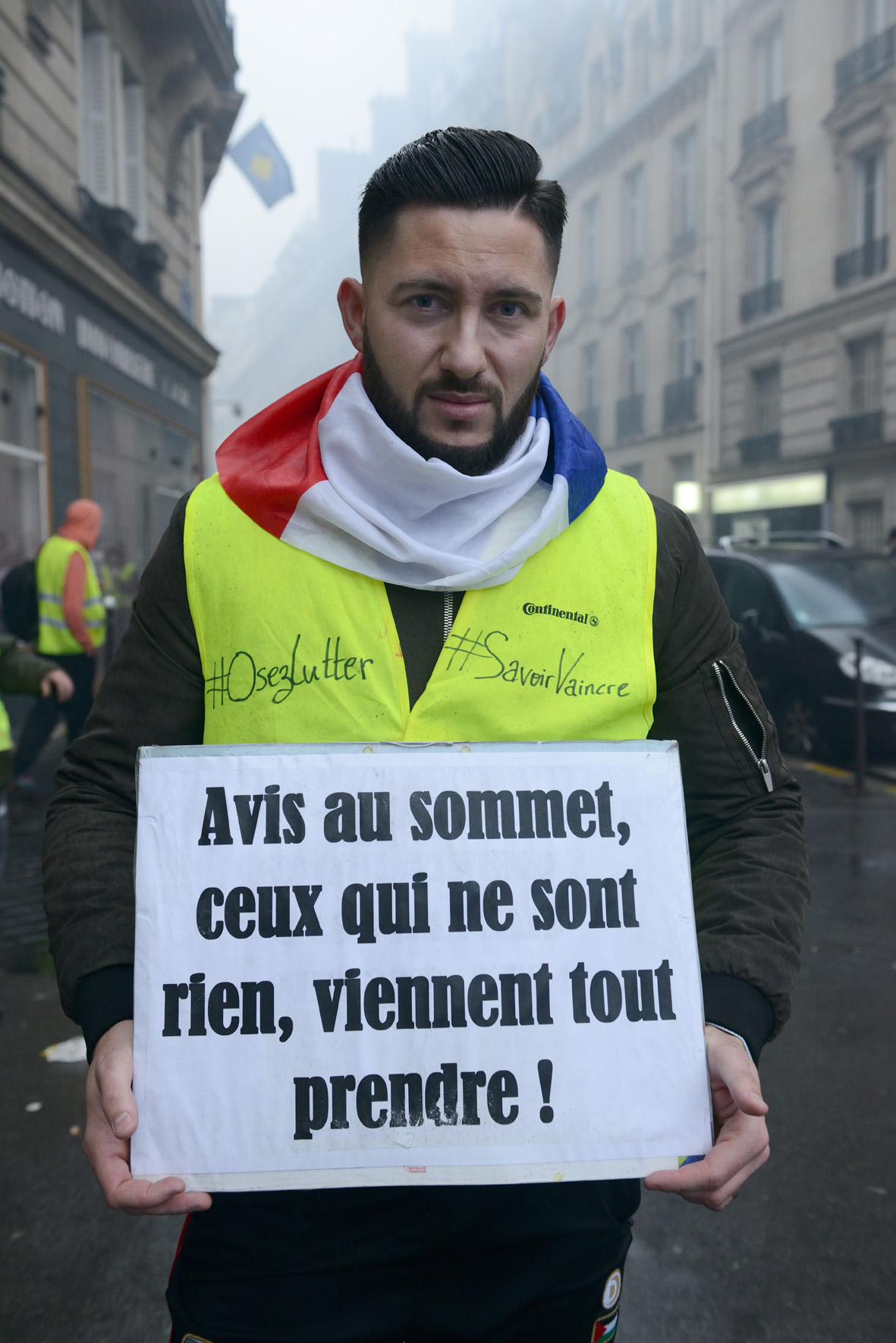 Warning to the top: those who are nothing are coming to take everything

Dialogue between people and governments is broken

In many countries around the world, citizens no longer feel represented by their political class. This untenable situation has already provoked popular movements and uprisings in different parts of the world in recent years: post-electoral protests in Iran (2009), Arab Spring (2011), the Umbrella Revolution in Hong Kong (2014), etc.

In some countries the situation is much more serious. Because oligarchs have chosen to establish “stronger”, even totalitarian regimes, in order to gradually kill off Democracy. At the end of the day, why should efforts be made to serve the people if they can be enslaved?

In France, there is still time to protect Democracy, even if it seems deeply sick. And this is logical, because in recent years, from Nicolas Sarkozy to Emmanuel Macron via François Hollande, decisions and speeches that are disrespectful, arrogant and contemptuous towards the people have become commonplace.

Emmanuel Macron was elected in 2017 to embody positive change, and this with a party that placed itself outside the partisan divisions of “right” or “left”. However, his policies have only made the economic and social situation worse.

Moreover, since his election, the President of the Republic, who is renowned for his perfect command of the French language and rhetoric, has constantly used words and sentences deemed unacceptable by French citizens. Here are some examples:

In terms of measures, these couldn’t be less popular:

These different measures have gradually eroded citizens’ confidence in the government, but the last straw is undoubtedly the government’s plan to raise fuel taxes once again from January 2019. This excessive measure is at the origin of an unprecedented movement in recent French history: the Yellow Vests.

In the second part of this article, we will analyse how the Yellow Vests movement could have a positive impact on Democracy.