It takes only a spark, from a lightning or human ignition, to start a fire, but it involves high temperatures, a period of drought, a build-up of dry vegetation and strong winds to start a bush fire, such as is devastating Queensland and recently California. When all these factors combine firestorms ensue, enhanced by strong winds from the hot interior of the continent, overwhelming the desiccated bush and human habitats.This is the face of global warming, which on the continents has reached an average of 1.5oC(http://berkeleyearth.org/summary-of-findings/)

An overview of the cost of extreme weather events for the first half of 2018 (Figure 1A), prior to the California wildfires, estimates the cost as US $33billion. Some 3,000 people lost their lives in natural disasters during this period. The Nat Cat SERVICE database registered 430 relevant natural disasters in the first half of 2018, more than the long-term average (250) and the previous year (380). The rise in floods correlates with the rise in global temperatures (Figure 1B). 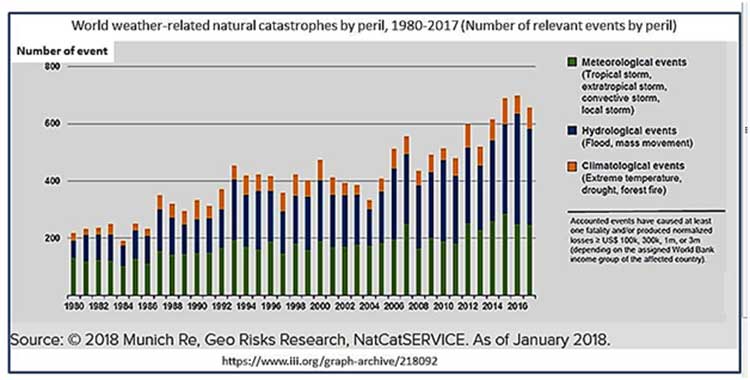 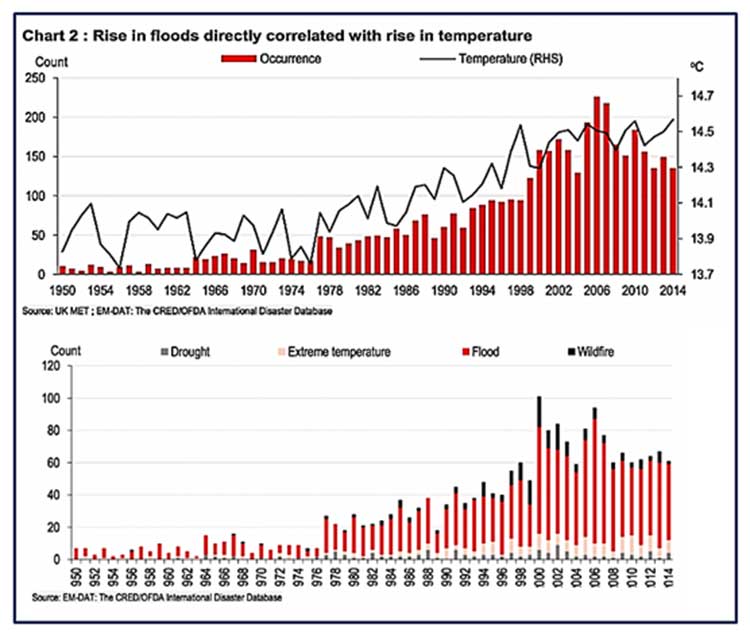 Figure 1B. Extreme weather events on the rise. https://www.businessinsider.com.au/extreme-weather-events-increasing-2016-3?r=US&IR=T

In 2018 widespread wildfires spread over multiple continents, including north of the Arctic Circle in Sweden, near the Barents Sea, Siberia, in British Columbia and California – where the most extensive fire on record destroyed largest areas in its modern history. Table 1.1 indicates the severity of the 2018 wildfires around the world:

An independent report in 2012 from the International study the human and economic costs of climate change (DARA) linked direct and indirect[1]250,000 deaths worldwide to climate change each year [https://newrepublic.com/article/121032/map-climate-change-kills-more-people-worldwide-terrorism;https://daraint.org/climate-vulnerability-monitor/climate-vulnerability-monitor-2012/report/]and is estimated to cost between $US 2-4 billion/year by 2030 [http://www.who.int/news-room/fact-sheets/detail/climate-change-and-health]

California:The 2018 California wildfires burnt the largest amount of acreage recorded in a fire season, as of 30.11.2018, causing $2.975 billion in damages, including $1.366 billion in fire suppression costs, becoming the largest complex fire in the state’s history.On August 4, 2018, a national disaster was declared in Northern California, due to the extensive wildfires burning. In November 2018, strong winds caused another round of large, destructive fires to erupt across the state,killing at least 88 and destroying more than 18,000 structures, becoming both California’s deadliest and most destructive wildfire on record (https://en.wikipedia.org/wiki/2018_California_wildfires). 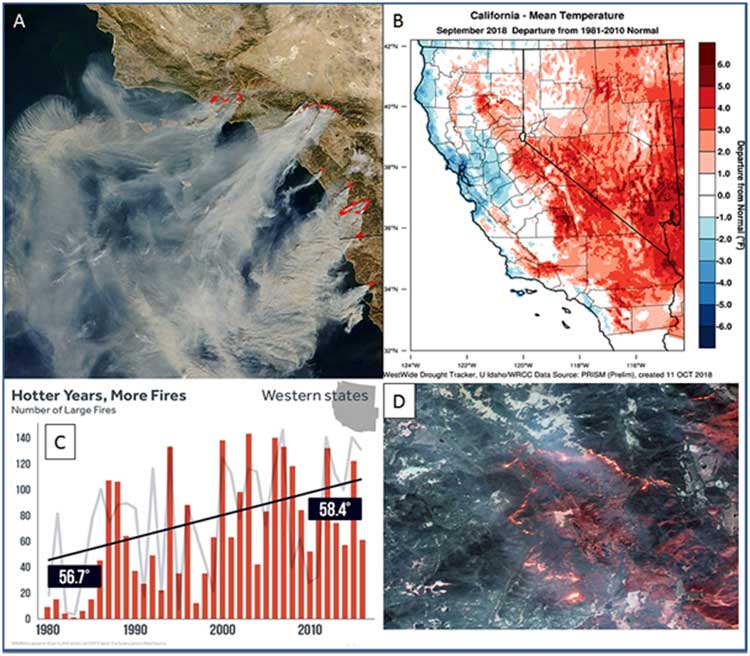 Queensland: As these lines are written the news from the Queensland wildfires read: “There is no immediate relief in sight for Queensland’s bush fire crisis as extreme heatwave conditions continue to grip the state on the first day of summer and a cyclone threat looms. Wildfires have raged across central Queensland this week and 110 are still burning throughout the state. That number could grow as heatwave spreads to the state’s south east corner in coming days with possible storms with damaging winds.” https://www.news.com.au/technology/environment/cyclone-threat-amid-queensland-fires-weve-never-seen-this-in-our-state/news-story/273bac69a6a4d0fea4e80922a5e7a48e 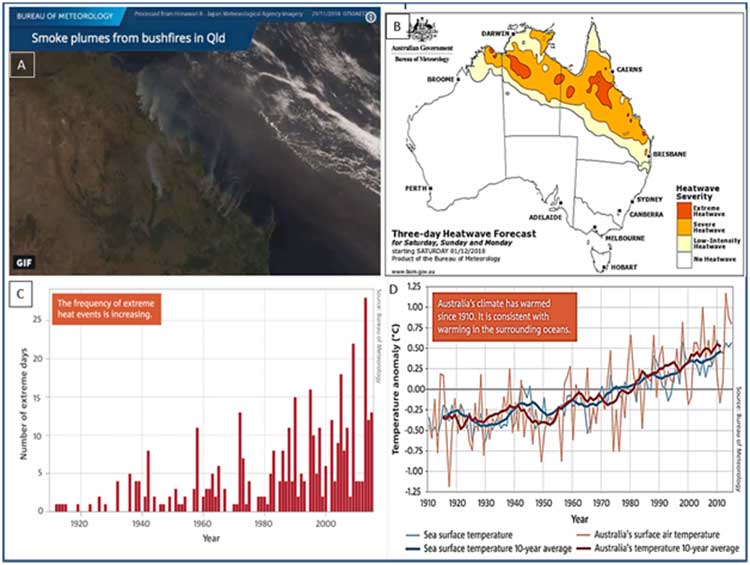 With the continuing rise in global carbon emissions and temperatures, the fate of the world’s forests due to fires and logging is in doubt (https://www.youtube.com/watch?v=M2Cqo1Aksv4; https://www.businessinsider.com.au/extreme-weather-events-increasing-2016-3?r=US&IR=T).The correlation between the rise in catastrophic bush fires in California, Queensland and other parts of the world (Figure 1A) emphasizes the dangerous course the world is undertaking. The introduction of lumps of coal to parliament would hardly help (https://www.theguardian.com/australia-news/2017/feb/09/scott-morrison-brings-coal-to-question-time-what-fresh-idiocy-is-this), nor would the opening of new coal mines in heat scorched Queensland where Adani has just announced the opening of a new coal minehttps://www.abc.net.au/news/2018-11-29/adani-mini-mine-gets-go-ahead-from-indian-parent/10568420).

There is no planet B.

[1] Indirect consequences include food and water shortages and diseases. Climate change affects the social and environmental determinants of health – clean air, safe drinking water, sufficient food and secure shelter. Between 2030 and 2050, climate change is expected to cause approximately 250 000 additional deaths per year, from malnutrition, malaria, diarrhea and heat stress. The direct damage costs to health (i.e. excluding costs in health-determining sectors such as agriculture and water and sanitation), is estimated to be between USD 2-4 billion/year by 2030. http://www.who.int/news-room/fact-sheets/detail/climate-change-and-health