To learn more about the March, we interviewed Sonia Venegas, from Mundo Sin Guerras (World without Wars) Ecuador, promoter of the March.

What is the South American March for Peace and Nonviolence and why doing it?

It is the sum of wills that unite in a project of humanised life to carry a message of Peace, of Nonviolence to all human beings to whom we can transmit and we do it because 9 years ago was the first World March in which we participated, since then we did not do something similar, The First South American March is the preamble of that Second World March, although it has its own experiences and its own identity.

When will the march arrive in Ecuador and how is its route planned?

The South American March will arrive in Tulcan on September 21 in the morning hours, there will be an act with the authorities of the canton and the province and then it will pass to the city of Ibarra. On 22 and 23 they will enter Quito. On the 24th and 25th in Manta and finally on the 26th and 27th they will arrive in Guayaquil.

What activities will the March carry out in Ecuador?

The members of the base team that are from Venezuela, Colombia and Suriname join Ecuador and will visit some cities where different acts have been programmed, simultaneously in the Puyo, there will be workshops on nonviolence and a film festival for Peace. 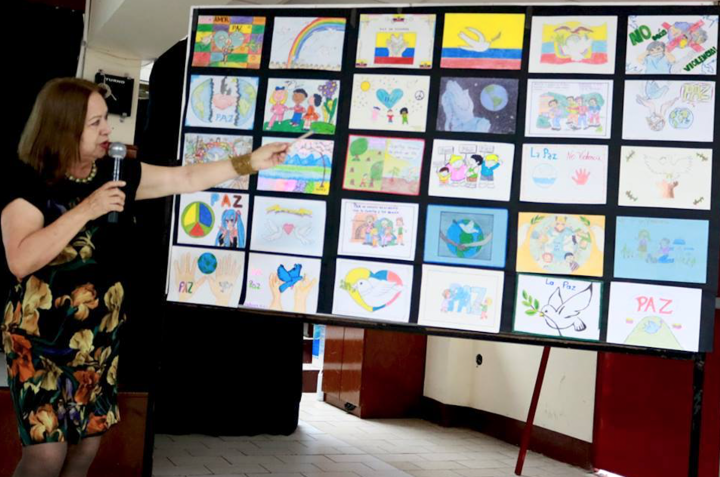 Sonia Venegas, promoter of the March in Ecuador

The marchers will arrive in Tulcán and Ibarra on the 21st, 22nd and 23rd will be in Quito and will visit the Parks of Study and Reflection that exist in Ecuador: the Latitud 0 Park where they will add to the inauguration of its hall, they will also visit the Aloasí Park where they will make a campsite, in addition some additional events have been prepared. On the 24th and 25th they will be in Manta and Montecristi, in these two localities, in the Municipality, in the Universidad Eloy Alfaro and in the Centro Cultural Ciudad Alfaro they will be received by their authorities.

During their stay in Guayaquil, on September 26 and 27, in the following schools: Vicente Rocafuerte, Aguirre Abad, Ismael Pérez Pazmiño, Naval Academy Almirante Illingworth, Martha Bucaram de Roldós, human nonviolence symbols will be carried out. There will also be a meeting with a group of cyclists, a conference at the Municipal Museum, fellowship dinners, a visit to the Julio Jaramillo Museum, among others.

On the night of the 27th, the base team made up of Venezuela, Colombia, Suriname and Ecuador will travel to Túmbes, where the post will be delivered to Peru with two acts, one academic at the University of Túmbes and the other sporting in the stadium of that city. The friendly match will be between the Cantolao schools in Peru and Everest in Ecuador. Afterwards, the marchers will continue their journey to Piura and other cities in the neighboring country.

What are the prospects, what do you want to achieve in the country, with the passage of the March?

To make all the entities of society aware of non-violence in all its spheres, since if violence is learned, nonviolence is also learned. 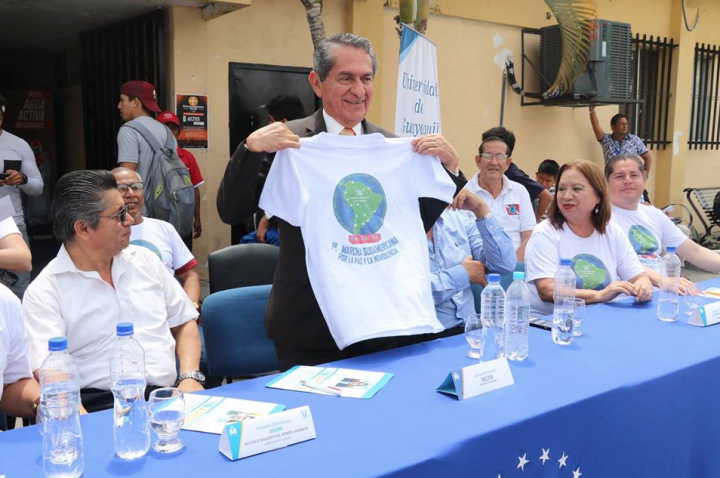 With whom should those who are interested connect and in what way can they participate?

In Facebook you can find us as World Without Wars Ecuador, there we spread the activities that Ecuador is carrying out with respect to the South American March. You can also visit the website: marchasudamericana.org. Contacts: Sonia Venegas Paz – email: punto_maximo_77@hotmail.com.