What do you achieve when you let the Weekly Standard operate as a fact-checker for one of the internet’s most powerful platforms? “You achieve bullshit.”

When Facebook selected the right-wing, Iraq War-boosting magazine The Weekly Standard as an official fact-checking partner last year as part of its effort to combat “misinformation,” progressives warned that the conservative publication would use its power to suppress accurate articles published by center-left and left-wing outlets.

After ThinkProgress published an article by Ian Millhiser last week arguing that Supreme Court pick Brett Kavanaugh’s comments during his Senate confirmation hearings combined with a speech he gave in 2017 eliminates “any doubt” that the judge opposes the Supreme Court’s decision in Roe v. Wade, the Weekly Standard deemed the article “false“—a designation that, given Facebook’s rules and the platform’s enormous power, cuts off 80 percent of the piece’s future traffic and penalizes other pages that dare to post the article.

Expressing opposition to Facebook’s decision to hand the factually-challenged Weekly Standard the power to decide what is and isn’t fact-based news, The Intercept republished Millhiser’s piece on Friday with a statement from The Intercept‘s editor-in-chief Betsy Reed, who condemned the social media giant’s decision to tank “a fairly straightforward legal analysis” at the behest of a right-wing magazine.

“That legal analysis, the article noted, matched comments Kavanaugh had made in a speech in 2017,” Reed writes. “Facebook, meanwhile, had empowered the right-wing outlet the Weekly Standard to ‘fact check’ articles. The Weekly Standard, invested in Kavanaugh’s confirmation, deemed the ThinkProgress article ‘false.’ The story was effectively nuked from Facebook, with other outlets threatened with traffic and monetary consequences if they shared it.”

“The story is republished below with permission from ThinkProgress,” Reed concluded, “though not from Facebook or the Weekly Standard.” 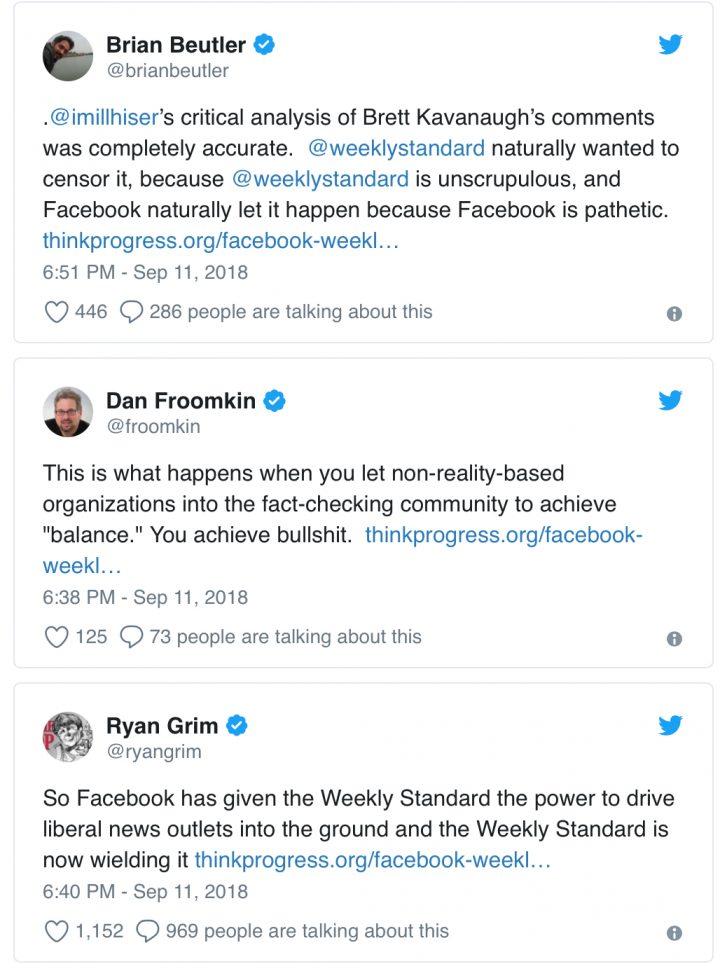 Progressive outlets and commentators have been warning since Facebook launched its latest news feed algorithm that allowing such a powerful corporation to become the arbiter of “trustworthy” sources would threaten non-corporate and left-wing outlets that publish information.

These warnings took on a new sense of urgency after Facebook began giving a ton of airtime to Fox News and making publications like the Weekly Standard the gatekeepers of legitimate news.

Demonstrating that Facebook has no plans to apply critical scrutiny to articles published by the very outlet it has empowered as an official fact-checker, The Intercept‘s Jon Schwartz found three basic falsehoods in a single paragraph of an article published on the Weekly Standard‘s website on Friday.

As of this writing, the Weekly Standard has not yet deemed its article “false.” 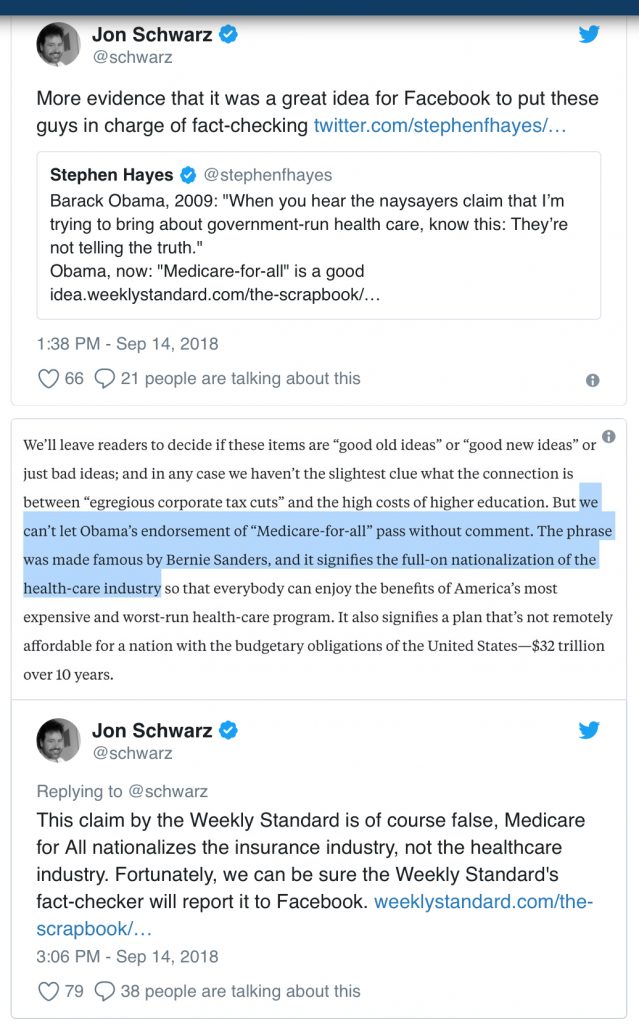 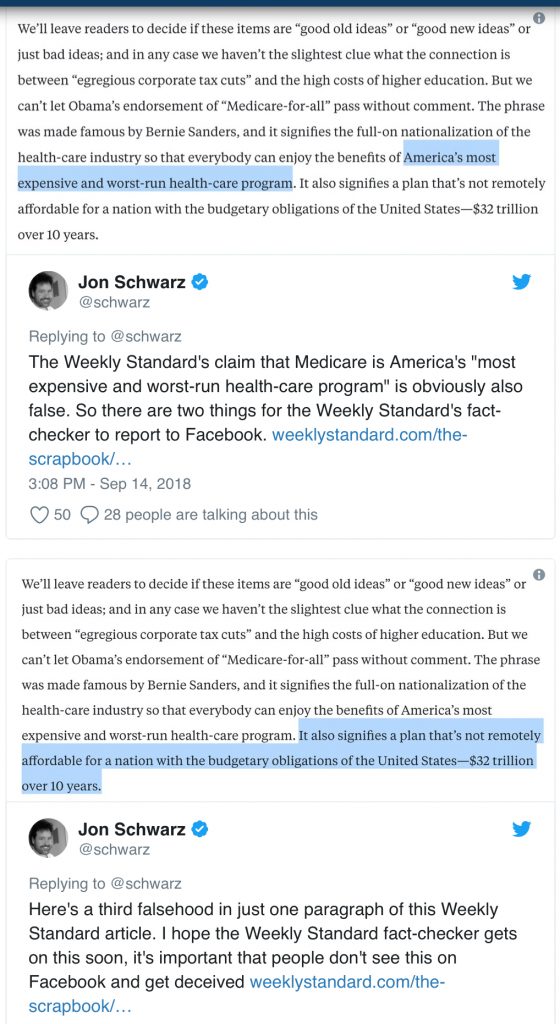