Thirty years ago today the Piper Alpha oil platform exploded and was engulfed in flames killing 167 people. Only 61 survived in in what remains the world’s worst offshore disaster.

Grenfell Tower is the deadliest fire in Britain since Piper Alpha. Both are events we will never forget. Yet as unspeakable horror of the Grenfell fire is revealed in the public inquiry, it has become obvious we clearly did forget the causes – and the lessons – of the Piper Alpha disaster. 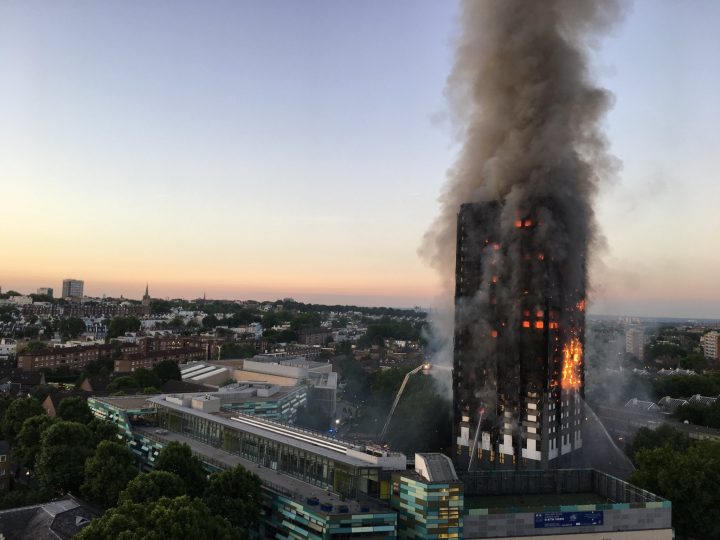 Grenfell and Piper Alpha may seem like they come from different eras and occupy different universes, but the oil rush of the 1980s North Sea and the gentrification rush of today’s London have more in common than we think. Both bonanzas were based upon aggressive incentives to investors, including the stripping of planning restrictions, low controls on capital investment, tax breaks and crucially, when it came to human safety, a ‘look the other way’ system of self-regulation.

At Grenfell, residents’ pleas for basic safety measures and their warnings of “serious loss of life” were dismissed out of hand. Just as in the oil industry, where Piper Alpha workers’ warnings were also ignored. Those workers who dared to challenge oil industry management safety failings were notoriously dispatched back onshore: blacklisted and banished (and disgracefully, this practice survived long after the disaster). In the months before Piper Alpha, a series of leaks were reported and ignored. On the day of the disaster two workers had complained about a gas leak. Although one received permission by the platform safety officer to down tools, management declined to interfere with work routines and investigate.

Workers’ views were easily suppressed in an industry governed by quick returns to speculative investors. In the years leading up to the disaster, spending on the maintenance of equipment by Piper Alpha’s operator Occidental had been savagely cut as the platform’s oil production capacity was pushed to its limits.

The similarities don’t stop there. At both Grenfell and Piper Alpha a chain of sub-contractors was used to minimize costs and maximize profits.

And at both Grenfell and Piper Alpha, the victims came face-to-face with the consequences of cost-cutting at the very moment they needed to escape. Just as the failure of Grenfell’s ventilation systems and the lack of a sprinkler system appear to have come down to spending priorities, so Piper Alpha’s failures had precisely the same root cause. The water deluge system, the platform’s main defense against fire, were clogged and not working, and at safety critical parts of the plant did not even exist.

There were no adequate escape routes.  Emergency lighting failed. Those who disobeyed official emergency instructions had a much higher chance of survival precisely because the muster point happened to be one of the areas on the platform most vulnerable to fire and explosion. Constructed from wood and fibreglass, it quickly began to burn. As the Chair of the public inquiry into the disaster, Lord Cullen, noted at the time, safety procedures were rendered meaningless by the Occidental’s “gross negligence”.

Yet even as the Grenfell Inquiry unfolds, in recent weeks the fire service – rather than the Tower’s management – has faced savage criticism for encouraging the victims to stay in their flats. How could workers on the Piper Alpha and firefighters entering Grenfell Tower know, amidst the chaos, that cut-price materials and substandard safety systems appeared to have rendered normal safety procedures meaningless.

In the years preceding both disasters, an explicit profit-above-safety ethos was enthusiastically championed in government. This is not controversial. The Piper Alpha public inquiry pointed to a conflict of interest in government that had ensured safety regulations either did not apply offshore or were simply not enforced.  Kit Carson, author of ‘The Other Price of Britain’s Oil’, the prophetic book published in 1982, argued that a ‘political economy of speed’ had spawned collusion between the British government and the oil companies to get the oil revenues flowing as quickly as possible. A comparable political economy of speed has developed in London’s housing market. In the 20 years preceding the Grenfell fire, fire regulations have been removed and diluted, private regulators such as BRE Global have been permitted to define safety standards, desktop surveys have replaced real testing and local authority and local fire service inspectors have quite literally ‘disappeared’.

Both bonanzas are based on a model of neo-liberal capitalism, the features of which are clear: aggressively ignore people, maximize the chances of profit, and ensure that there is no adequate system of regulation in place. Cabinet papers from 1988 show that Prime Minister Margaret Thatcher was mystified about the causes of this “accident”. Theresa May described Grenfell as an “unimaginable tragedy”. Yet Piper Alpha and Grenfell were both imaginable and predictable. They were the result of a neo-liberal model of capitalism that puts people at risk and asks questions later. It is time to end this fundamentally deadly way of organizing our lives before we are marking the next anniversary of the next neo-liberal fire.