Now, perhaps more than ever, the Anglo-Irish statesman and philosopher Edmund Burke seems clearly to have been right when he said that the forces of evil will triumph, if good women and men do nothing. The recent dramatic protest by Swedish student Elin Errson, who delayed a flight in a bid to prevent an Afghan man from being deported to a perilous future in the country he had fled, is an excellent illustration of how to act responsibly – and shows us why there is no excuse for passivity.

When challenged by a fellow passenger who told her to not to delay the flight she replied: “It is not right to send people to hell … What is more important? A life or your time?”

Ersson is a student activist from Gothenburg University. On July 24 she managed to postpone an Afghan asylum seeker being deported back to the perils of his home country. With the help of some student colleagues she bought a ticket for a flight from Sweden to Turkey. She knew an Afghan asylum seeker would be on the plane, about to be deported.

She also knew that the Swedish elections in September will be fought chiefly on immigration and asylum. Hence, she was aware that the Swedish Migration Board’s decision that Afghanistan is a safe country for potential deportees could have been influenced politically.

She staged a protest by refusing to take her seat on her flight from Gothenburg airport to Turkey preventing the plane from taking off. She live-streamed her protest – mainly in the “selfie” mode, to avoid capturing images of anybody who may not be happy to be filmed. She knew the pilot had the power to decide not to take off until the Afghan asylum seeker was removed from the plane.

She knew flight attendants were likely to be sympathetic – they helped her retrieve her phone from an angry passenger who at one point had stolen it from her. She kept calm throughout even when fighting back her tears. And she was successful – the Afghan asylum seeker was escorted off the flight. And, just as importantly, her video received more than half a million hits within 24 hours – highlighting her cause to the world.

Do the right thing

We may have done our best to make sure we do the right thing. But in some cases we can do nothing to prevent, say, getting the wrong information and misjudging a situation. So it follows that we cannot guarantee that the action we perform is the right thing to do. But by preparing carefully and making an intelligent choice of action we can make it much more likely that we make the right choice of action. This is what it means to act responsibly – and acting responsibly is crucial, especially when it is a matter of protesting against current laws or policies.

One excuse which is often used in support of doing nothing to prevent evil is that others may be in a better position to act. But as moral agents we are all free and responsible. The French philosopher of freedom, Jean-Paul Sartre, wrote in his 1946 lecture Existentialism Is a Humanism that we are “condemned to be free”.

Circumstances cannot deprive us of our freedom – we are responsible for our actions and for the world. So it follows that if I know something is wrong that I can put right, then I should act. Especially when the wrong concerns a law or policy currently in force, being a citizen of that particular state is in most cases a sufficient qualification for appropriate agency. 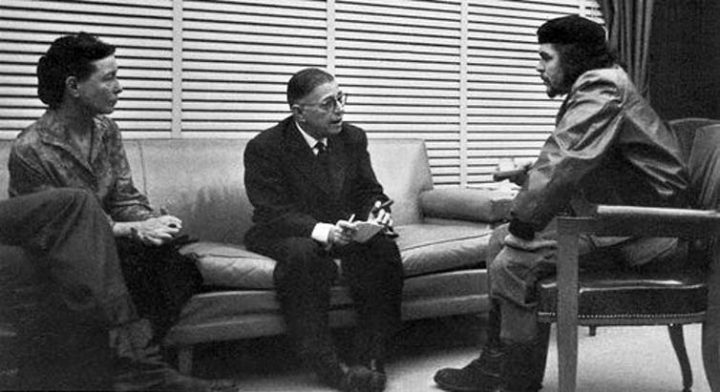 Another excuse often given for not acting is that it is not the right moment. But as free agents who know something is wrong – and know how it can be made right – we should have sufficient motivation to act now. As the German philosopher Immanuel Kant argued, the thought that a particular action is the right thing to do should be strong enough to overcome contrary motivations, such as laziness and conformism. We have all it takes to act – so no further delay is needed. In short, if we know something is wrong and we can make it right, then we should act now – why wait?

Ersson would have had various excuses not to stage her dramatic protest or to postpone it, or to abandon it at any point. Her courageous act is a very good illustration of what it means to overcome weakness of will and conformism, and to assert freedom and active citizenship.

But, apart from courage, her actions also reflect careful planning – probably with the help of other student activists – and an intelligent choice of the form of protest. These were crucial elements in this case. She chose something that she could carry out on her own which was likely to have consequences sufficiently significant to require a response from the authorities. She also kept calm throughout her protest.

Her relatively small act of rebellion not only bought some time for the asylum seeker but also cast light on Sweden’s tough immigration policies and politically charged context, making more than half a million people aware of the relevant issues. It shows us not only that acting carefully and intelligently is part of what it means to be a responsible moral agent, but, at the same time, that there is no excuse for passivity and procrastination.

Always act responsibly – but remember the words of first-century Jewish sage Hillel the Elder: “If not us, who? If not now, when?”