Hurricane Irma passed directly over the tiny Caribbean island of Barbuda in September 2017. Irma was the fifth strongest hurricane ever recorded in the Atlantic, and it reached peak intensity just before landfall, when 180mph winds damaged almost every structure on the island, flattening many of them.

Just days later, a mere “normal” hurricane, Jose, also passed over Barbuda. By that point, almost all of the island’s 1,600 or so inhabitants and tourists had been evacuated to nearby Antigua.

Yet the prime minister of Antigua and Barbuda (the two islands jointly form a sovereign state), Gaston Browne, had an unusual reaction to the catastrophe. His first legislative response was not to set out a reconstruction plan or to provide funds for housing and essential services. Instead, he focused on land reform.

The proposed Barbudan Land Management (Amendment) Act, announced by the prime minister right after the hurricanes and still being debated in parliament, aims to introduce individual property rights on the island for the first time since its colonisation by the English in the 17th century.

Barbuda’s system of communal land ownership has been in place since slavery was abolished in 1834. Citizens do not own the land but have the right to use it after applying to a locally-elected council. As one council member put it: “A cleaner can apply for beachfront property and get it, and so can a doctor. So there’s no great inequality in Barbuda.” Leases are possible with the approval of the cabinet and the consent of the majority of the people, but what matters most is that each Barbudan has a right to a plot for a house, a plot to farm, and a plot for commercial enterprise.

This scenario has not avoided tensions, but has been described by many as egalitarian and just. However, the government sees it as an obstacle to foreign investment or loans. The prime minister appears to have swallowed the idea, linked to the influential Peruvian economist Hernando de Soto, that property rights and foreign investment are the key drivers of growth in developing economies. In this worldview, the island’s reconstruction and development can only be achieved with the intervention of the market, but banks and investors won’t be interested without the guarantee of a clearly identified property title.

The government therefore wants to impose a standardised and uniform property regime. It sees land rights, individual ownership and foreign investments as untriggered opportunities that must be offered to residents and foreigners in order to transform Barbudan land into an asset of the global financial market. Forget public money for reconstruction, forget polluting countries’ responsibilities for climate change and forget the people’s right to be compensated for ecological and historical debts. In this view, the future of the island depends on individual debts and wealthy tourists. 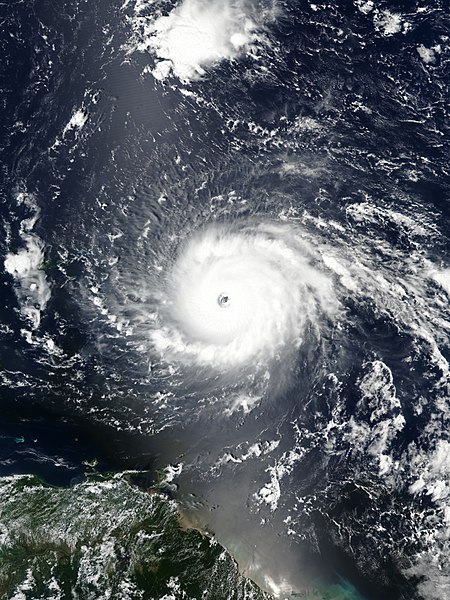 Taking advantage of a crisis

All over the world, the idea of awakening sleepy capital through land reform and privatisation has entrenched inequality and concentrated land in fewer and fewer hands – even in places not affected by catastrophes and climate change. So its adoption in a situation like Barbuda raises further concerns.

For example, some on the island have accused the government of taking advantage of the hurricanes to implement a shock doctrine that will favour local and international elites. The current system is egalitarian, they claim, while a market for property would inevitably gentrify and separate the community. To pick one high profile example, the backers of a proposed luxury resort – including Hollywood actor Robert De Niro – have been accused of exploiting the post-hurricane chaos to carry out a “land grab”.

Other locals have raised the issue of legitimacy: reform is being implemented without proper consultation and while most people are not even living on the island. This may make it harder for them to claim land or even a mere economic reimbursement.

So who is set to benefit? The banks, for a start. Empirical studies from many different countries have demonstrated that land titling does not guarantee access to credit – people may end up “owning” land only to find it is soon repossessed by a bank or public authorities.

It seems likely that Barbudans themselves will get squeezed by a growing appetite for their land and deprived of real control. At best, reform will still mean a very unequal distribution of properties, with elites concentrated along the best beaches and “quasi-slums” arising elsewhere. At worst, Barbudan land reform could lead to an island almost entirely owned by banks.

The situation is typical of what happens when land is transformed from a common good into private property. Once Barbudan land becomes a global commodity, enjoyed by tourists but mainly by the investors behind the resorts, those investors will demand unconstrained, cheap and formalised access to their land.

And what of informal rights, traditions, mandatory consultations and the link between a people and the island? Some will see them as obstacles to maximising a return on their investments. Unfortunately, these same obstacles are exactly what allowed Barbudans to construct a unique society where access to land for housing and agriculture is a right not a privilege.