I was born and bred a Catholic living in Metro Manila, Luzon, far from the on-going conflict in Mindanao But last year, watching the Marawi siege on TV in the safety of my home, seeing fellow Filipinos fighting each other, an entire city bombed to the ground, thousands of residents fleeing and having to live for months in evacuation centers, was saddening, to say the least. While Marawi has been declared liberated, martial law in Mindanao has been extended for another year to give the military what they need to quell Muslim secessionists and terrorists and, to fight the Communist National People’s Army active in the territory, a proclamation just recently upheld by the Supreme Court as being constitutional.

Peace remains elusive and Mindanao is a powder keg that can explode any moment. The problem is complex with deep historical roots. And its history, a tangled web confusing to follow. But at present, the passage of the Bangsamoro Basic Law in Congress is seen as the way forward to finally bringing peace in Mindanao.

But what is the Bangsamoro Basic Law? In a nutshell, the BBL answers the Muslims’ aspiration for self-determination and self-identity. It will create a new Bangsamoro homeland composed of contiguous provinces, cities and municipalities who want and have voted to become part of the entity. The BBL lays out the framework for its governance, with provisions that take into consideration Muslim culture and traditions and, addresses the basic needs of its constituents.

The Bangsamoro Transition Commission was officially tasked with crafting the new Bangsamoro Basic Law last March 6, 2017. The BTC Commissioners signed the draft basic law on June 16, 2017 and submitted it to the President and Congress.

With the interest of the Bangsamoro people in mind and the need to implement signed agreements, particularly the Comprehensive Agreement on the Bangsamoro (CAB), the new proposed BBL remains faithful to the letter and spirit of the CAB and considered the other agreements gained through decades of peace negotiations, namely the Tripoli agreement and the Final Peace agreement. 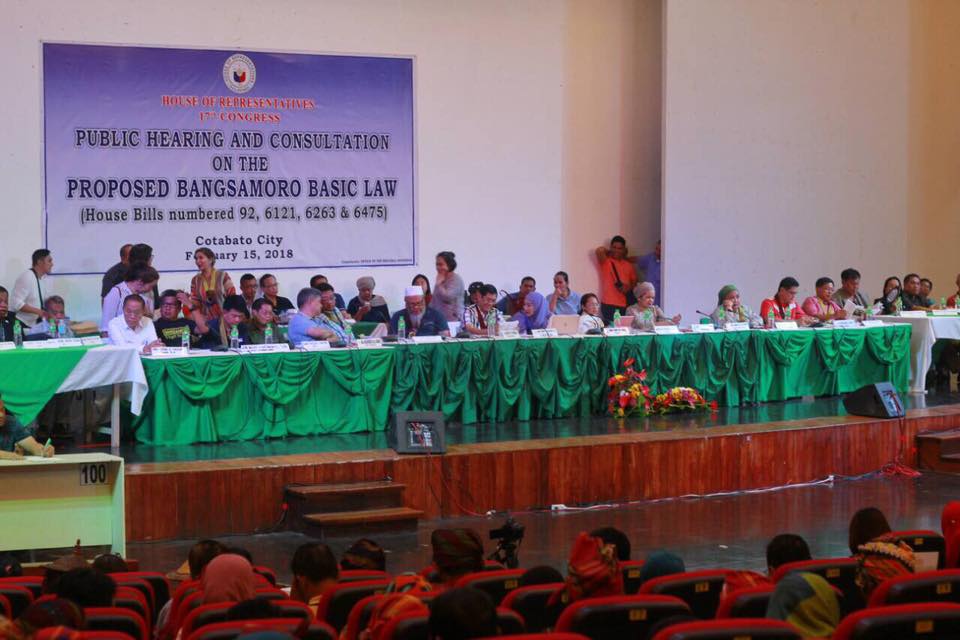 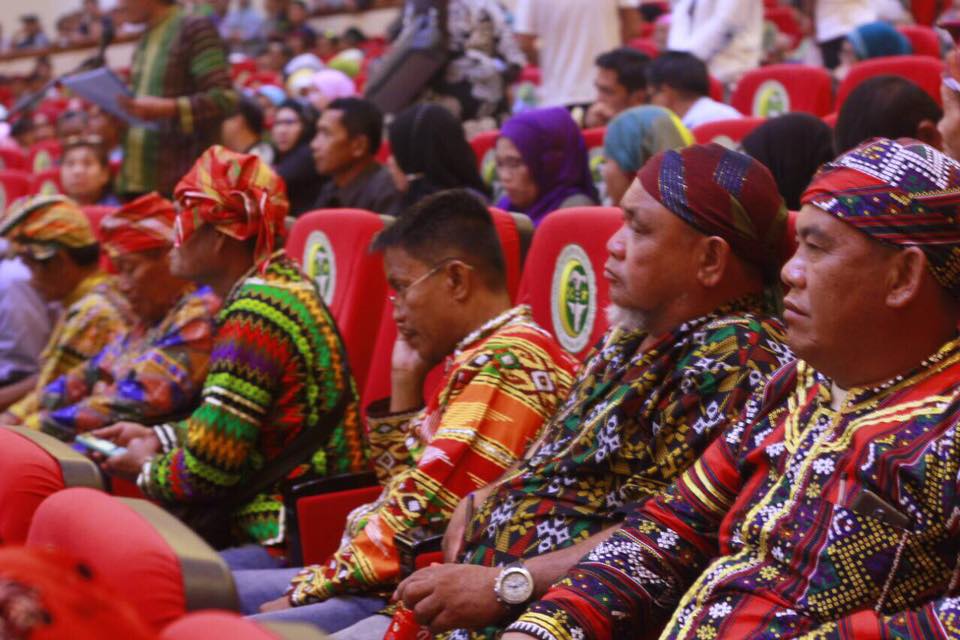 It is now more inclusive, as the Commission was composed of all important stakeholders in the prospective Bangsamoro homeland, taking into consideration the diverse needs of the Bangsamoro people, non-Bangsamoro indigenous tribes and settler communities, united under one goal of establishing a just, dignified and lasting peace in the Bangsamoro, in Mindanao and in the Philippines as a whole. It is seen as the means towards redressing decades of discrimination and injustice suffered by the Moro peoples and an antidote to violent extremism because, once passed and implemented, it will erase any doubts and suspicions that accompanied the previous failed peace efforts.

Once established, the Bangsamoro government would be at the forefront of keeping public order and safety, dispensing justice within the bounds of the law, and addressing the basic requisites of a good life that Muslims are entitled to.

The BBL is currently under review of Congress who is tasked with passing it into law. Given that the President has expressed full support of for the BBL, the chances are good that this time around, a homeland for the Moro people, will finally come to pass, sooner than later. Nonetheless, advocates are working round the clock to ensure the bill’s passage, given the peace process’ history of failure and the vagaries of politics. It is hoped that the Law be passed as soon as possible as to help arrest the spread of extremism in the area. 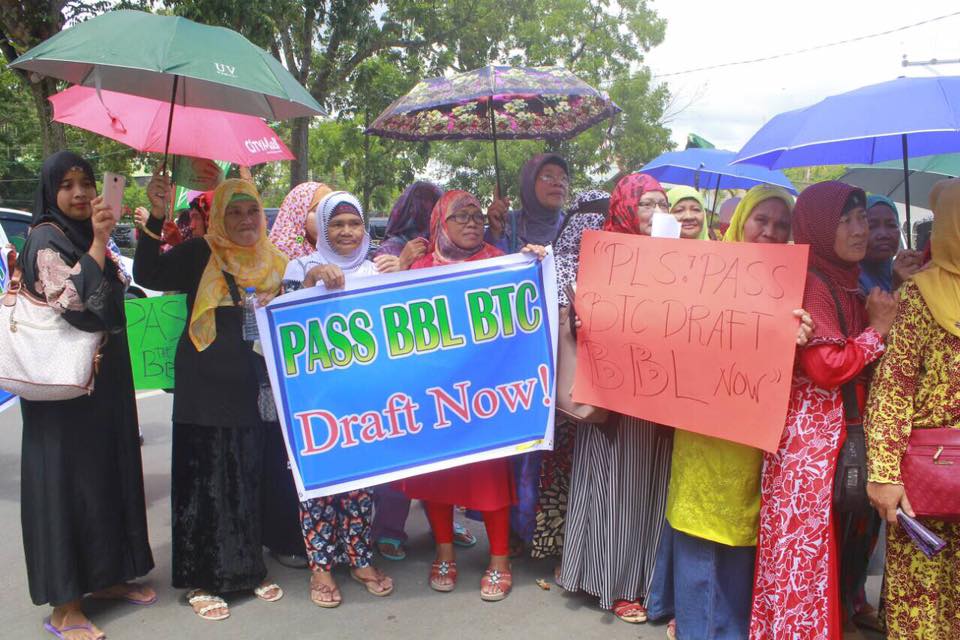 But what does this bill really mean?

The words spoken by Sitti Djalia Turabin-Hataman, former Congresswoman who represented the party-list organization Anak Mindanao (AMIN) at the House of Representatives before stepping down to focus on grassroots community work, sheds more light.

In the Keynote Speech she gave during the 47th Membership Meeting of the Philippine Business for Social Progress held last January 23, 2018, she said, “Sometimes I wish people don’t speak of Peace like a concept, or a paradigm, or a project, or a bill that needs to become a law. Because it is not….For me, it was not just another bill, not just another piece of paper that needs to be discussed, or just an opportunity to publicly show my brilliance. It was about lives, my own, the lives of my people, my children.”

In that speech, she gave listeners a personal glimpse into what it is like to be a Muslim from a Muslim point of view. Here are some excerpts:

“Throughout the years, I’ve learned not to assume people know much about the beginning of our story. May I hence begin with a quick look at our history, with apologies to those who are already familiar or may even know more. For thousands of years, we were all just like every Austronesian-speaking people, in villages or out in the sea, until 1380 when a group of people in what is now Sulu accepted Islam and became the first from these islands to assume the identity of a world religion. It was in 1450 when the Sulu Sultanate was established, primarily to exercise a central authority in the practice of Islam. Islam found its way to the rest of the country now known the Philippines, but established a stronghold and remained the faith for the last 637 years among the 13 ethnolinguistic groups who later identified themselves as Bangsamoro.

But while we are known mostly for conflict, there is much to us than this. As a child growing up in Basilan, yes I have stories of classes disrupted because of gunfights, of families and friends lost in the conflict, of kin knocking at our doors with barely anything and staying with us for weeks as their communities and homes become war zones. But they make up just a fraction of my memory. When I think of life in my island, what I remember are my elders and their never-ending stories, the colors and patterns that insist on being beautiful while defying rules, the call to prayer from our mosques, the pangalay, a dance they say, but for us, is meditation in movement. It has no choreography or structure, one moves from a rhythm within, a continuing flow of harmony between the heart, mind and body. One must be at peace to create this flow. A sense of peace that can only come from knowing you are safe, you are home. I guess that is why whenever I perform it, wherever I am, I am transported back to my people, safely back home.

You see, this is the irony. Yes, our homeland seems to be eternally in conflict. But we feel most secured there. I was once asked, when can I say peace is finally achieved. And the most honest answer that came out was, when we can finally go home. When we can go back, without fear or apprehension for ourselves and our children, knowing that we and most especially our children will be ok. And by ok we mean not just safe from violence, but getting competitive education, being assured of opportunities equal to the children here and anywhere else, having access to the best healthcare, to live just as secured and as comfortable as everyone, right in our own little corner, in this beautiful country.

Realizing this as my own definition of peace, led me to another realization, or at least a guess – that perhaps what we really longed for is to live like the rest, despite our peculiarities. I remember during one BBL committee deliberation last Congress when a fellow legislator asked, why do you insist on being Moros? Why can’t you just be Filipinos? It was a very valid question. Yes indeed, why not? But is it just about the Moro people refusing to be Filipinos? Or is it also about the Filipino people accepting us as Filipinos too? And perhaps the more elaborate question will be, must we give up who we are to be accepted as one of you?

…Perhaps it is not about becoming Filipino, we were all not Filipinos until the late 1800s. But perhaps it is about imposing a single identity for the Filipino. Whenever we create an image of a Filipino, will a veiled woman come to mind? Creating a more inclusive image of the Filipino, with the Moro and the Indigenous people in the picture, can be a beginning to peace, as it will lead to the recognition of our identities; to equality instead of discrimination; to respect of rights – particularly the right to freely determine our own political status, and pursue our own cultural and socio-economic development; to the appreciation of our contribution to this nation; to finding that common ground of unity, against all that threatens our shared values and our core aspirations.

And yes that common ground for peace exists. And we all need to find it and call everyone to stand by it…We cannot leave peace work only to those in the negotiating tables, the peace panels or the legislators, theirs is only the form, but the essence is within all of us. Peace must be in the fishing boats, in farms, in public markets, in classrooms, in cinemas and theatres and museum, in TV ads, in corporate boardrooms, in banks, in the streets. Peace processes may break down, it is the peace in each of us that will matter.”