After one commissioner called the FCC’s newly-released plan to roll back net neutrality “worse than one could imagine,” a second commissioner is now calling voters to make sure the proposal by Republican Chairman Ajit Pai does not go through.

In a Los Angeles Times op-ed published Thursday—entitled “I’m on the FCC. Please stop us from killing net neutrality“—Commissioner Jessica Rosenworcel points to the overwhelming public support for net neutrality and the ongoing questions about validity of anti-net neutrality public comments submitted to FCC, as well as what appear to be tens of thousands of missing comments. “If the idea behind the plan is bad, the process for commenting on it has been even worse,” she writes.

Rosenworcel decries Pai’s plan as “a lousy idea. And it deserves a heated response from the millions of Americans who work and create online every day.”

your broadband provider could carve internet access into fast and slow lanes, favoring the traffic of online platforms that have made special payments and consigning all others to a bumpy road. Your provider would have the power to choose which voices online to amplify and which to censor. The move could affect everything online, including the connections we make and the communities we create.

This is not the internet experience we know today. Americans should prevent the plan from becoming the law of the land.

In short, she writes, the American public needs to “Make a ruckus,” including by targeting other members of the FCC.

Rosenworcel has also made recent rallying cries to save net neutrality on social media. On Wednesday, she tweeted a link to Pai’s proposal and wrote: “Don’t boo. Read it. Then roar.  It’s time to make a ruckus. It’s time to #SaveNetNeutrality.”

This is the @FCC plan to roll back #NetNeutrality: https://apps.fcc.gov/edocs_public/attachmatch/DOC-347927A1.pdf ….
Don’t boo. Read it. Then roar.
It’s time to make a ruckus. It’s time to #SaveNetNeutrality.

Her op-ed came a day after Democratic FCC commissioner Mignon Clyburn said Pai’s proposal is “worse than one could imagine” and released a fact sheet (pdf) explaining its consequences to the net as we know it, as Common Dreams reported.

As NBC News outlines, the resistance to Pai’s plan is intensifying. “While the topic of net neutrality is certainly one that can be described as ‘wonky,’” the reporting notes, “it’s still something that could affect every person who uses the internet.”

Corynne McSherry, legal director at EFF, wrote this week, “Instead of responding to the millions of Americans who want to protect the free and open Internet, the FCC instead is ceding to the demands of a handful of massive ISPs, like Comcast, Verizon, and AT&T.”

The group is also urging open internet supporters to contact their members of Congress to fight any rollback of net neutrality.

Digital rights group Fight for the Future is also urging constituents to press their lawmakers to stop the plan, and is calling for protests at Verizon retail stores nationwide on December 7.

Verizon is being targeted, a call-to-action explains, because Pai “is a former top lawyer for Verizon, and the company has been spending millions on lobbying and lawsuits to kill net neutrality so they can gouge us all for more money.” 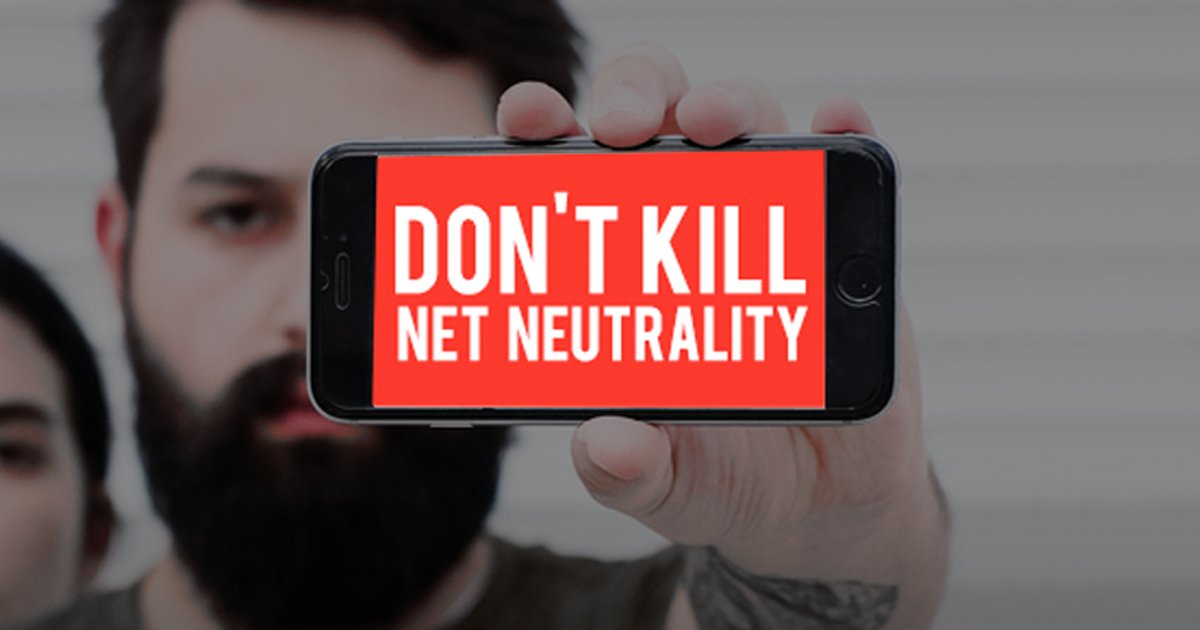 #NetNeutrality is NOT DEAD YET. Congress has stopped FCC votes before. Do NOT give up!

1) RETWEET this to help spread the word that we can still stop this.

The FCC is set to vote on the plan Dec. 14, so “There’s still time to let the FCC know what you think,” write Matt Wood and Gaurav Laroia of Free Press. “You can also urge your members of Congress to condemn Pai’s plan, as hundreds of thousands of you have already done in the past 24 hours.”

“If we turn up the pressure,” they conclude, “there’s a small (but growing) chance we can put the brakes on Pai’s bad ideas before the FCC votes. So keep fighting and speaking out—and don’t fall for Ajit Pai’s lies.”