A four-day international conference of doctors, lawyers, scientists and nuclear experts from 27 countries concluded in Basel yesterday with the release of the Basel Declaration on human rights and trans-generational crimes resulting from nuclear weapons and nuclear energy.

The declaration draws from the scientific evidence presented to the conference, and the application of international law, to conclude that:

‘the risks and impacts of nuclear weapons, depleted uranium weapons and nuclear energy, which are both transnational and trans-generational, constitute a violation of human rights, a transgression of international humanitarian and environmental law, and a crime against future generations.’

The conference also considered alternatives to nuclear energy and the role of nuclear weapons in security doctrines. As such, the declaration affirms that:

In support of the conclusion that countries’ energy needs can be met without nuclear energy, the declaration notes the support to countries available from the International Renewable Energy Agency (IRENA), and cites the 2015 IRENA Report REthinking Energy: Renewable Energy and Climate Change which demonstrates the possibilities to completely replace fossil fuels by safe renewable energies, without relying on nuclear energy, by 2030.

To give action to these conclusions, the declaration advances five proposals, which (in summary) call for: 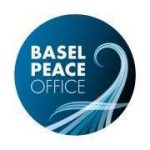