Hundreds of people were seen walking the streets of Bordeaux from the ‘Place de la Victoire’ on Saturday May 20th, demonstrating against the multinationals of the agriculture and agronomy sectors.

Not only could we see banners from militant organisations such as Attac and Greenpeace concerned by these issues, but there was also a wide variety of other organisations among the demonstrators.  And if all age groups were represented, it was the younger generation which particularly made their mark with their fancy dress, posters and cries of: ‘We don’t want GMOs! We don’t want Monsanto!’ 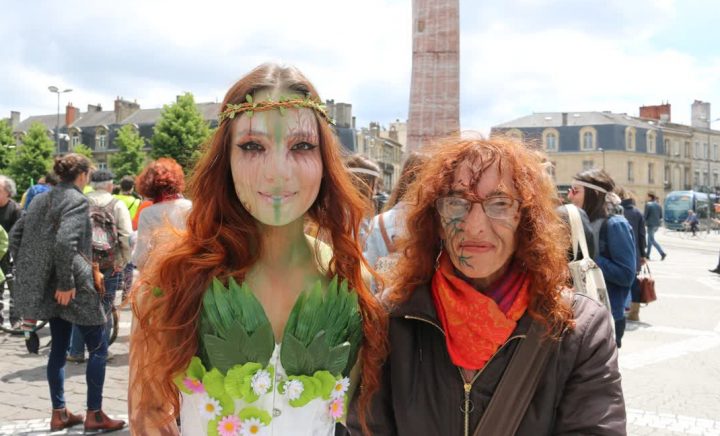 The demonstration cut across the centre of Bordeaux to finish at the ‘Place de la Bourse’.  During the discussions, the awareness among the people was undeniable: ‘The reason why we are demonstrating is that we find ourselves in an ecological emergency. There is no reaction and total disinterest from the politicians, especially during this electoral period. Most important of all, we must stop destroying and overstretching the planet. Other measures exist for our consumption, which are just as productive, and which also provide a better distribution of wealth’.