This week several demonstrations have taken place in four NATO-member European countries where US nuclear weapons are deployed.  The demonstrators demand that their governments get rid of them and call for them to be banned.

ICAN activists have organised protests in Germany, Holland, Belgium and Italy under the slogan “Time to go – Ban Nuclear Weapons” in order to draw attention to the negotiations to ban nuclear weapons that will start in the UN on Monday. 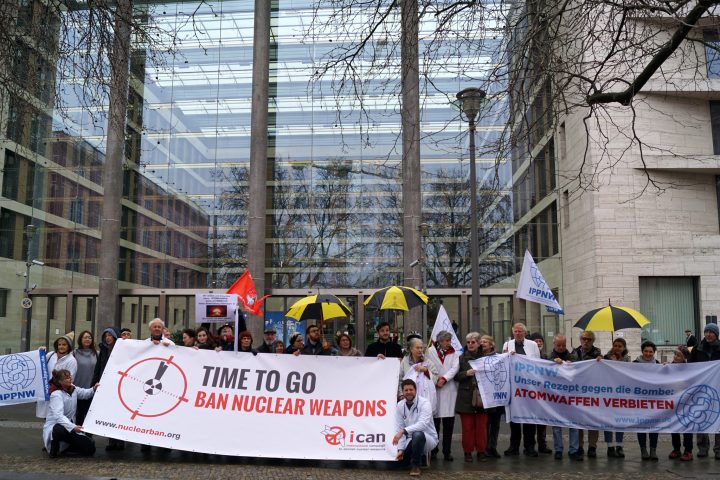 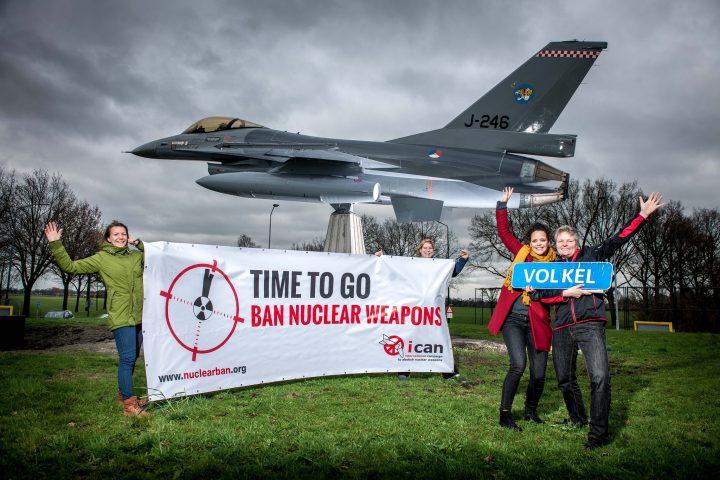 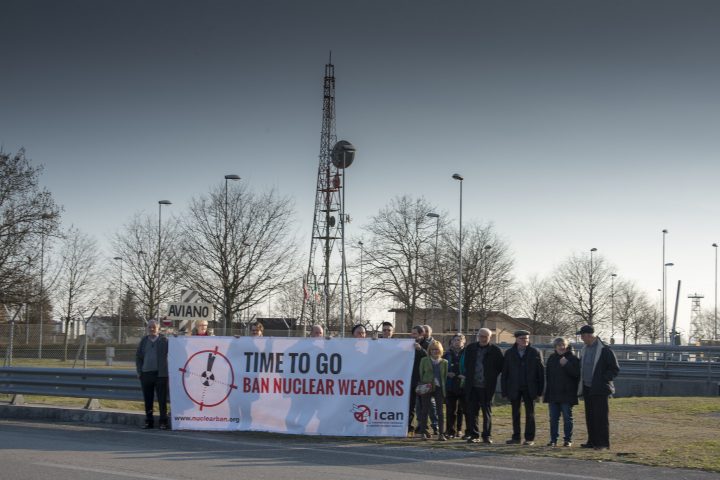 Besides Holland and Hungary, all other NATO countries have decided to stay away from the UN negotiations.  The Dutch government decided to participate in the negotiations process in October 2016 after its parliament passed a resolution in April of that year.

In Germany, Angelika Wilmen said, “The government of Germany affirms that it hasn’t been easy to take the decision to not participate in the negotiations.  Nevertheless, we have received an internal paper from NATO asking countries under the NATO nuclear umbrella to vote against nuclear weapons negotiations and not form part of the process.  The only exception is Holland as the government has been obliged to do so by a decision of parliament.”

Today in the German capital, representatives of IPPNW (International Physicians for the Prevention of Nuclear War) and ICAN demonstrated in front of the Ministry of Foreign Affairs with a sign “Time to Go – Ban Nuclear Weapons” and demanded Minister Sigmar Gabriel to participate in the UN negotiations.  Furthermore a petition was delivered with 3500 signatures from healthcare workers who support the ban for humanitarian reasons.

In the activity, Dr. Alex Rosen, president of IPPNW Germany said, “It is time for Germany to stop harbouring nuclear weapons.  We demand the government immediately prohibits the current stationing of nuclear weapons and actively and constructively participates in the negotiations to ban nuclear weapons worldwide.”

On Thursday, the Bundestag debated Germany’s participation in negotiations.  On the agenda were interventions from Die Linke (The Left) and The Greens.  In Belgium and Italy there were similar requests in their respective parliaments in order to demand their governments’ active participation.

IPPNW Germany today started a new campaign “Germany Chooses Nuclear Free” that will go on until the general elections in September.  The campaign is based on a survey by Forsa in which 85% of the country’s population wants nuclear weapons to be removed from Germany while 93% are in favour of banning them.

On Sunday there will be a 20-week protest at the Büchel airbase in Southeast Germany.  In Europe, US nuclear weapons are deployed in five countries: Belgium, Holland, Germany, Italy and Turkey. 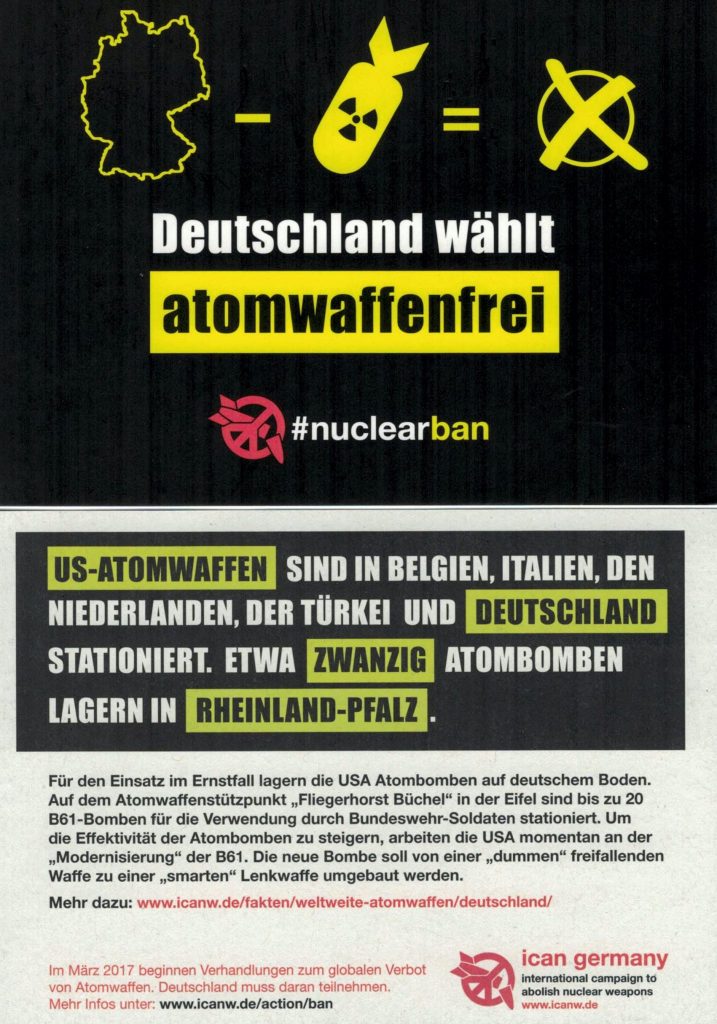