In Berlin, a broad alliance of local initiatives took to the streets for social housing and self-determined organisation of the city by its inhabitants. Students of the Humboldt University of Berlin initiated this demonstration. What is exemplified by this demonstration is the consequence of extensive social change.

The students present at the demonstration on Saturday did not exhibit signs of fatigue. Although they would have had every reason to be tired. For ten days already they had occupied the Institute of Social Sciences of Humboldt University. The catalyst for the occupation was the dismissal of their lecturer for City Sociology, Andrej Holm. Holm, known for his critical investigation into the development of city politics such as gentrification and the sell-out of the city, additionally saw himself forced to step down a few days earlier from his post as State Housing Secretary for the Berlin government, a coalition of the Social Democratic Party (SPD), the Green and Left Parties (Die Grünen, Die Linke).

“Andrej was our voice”, said someone from the Mieterprotest in Pankow during the students’ plenary. The room in the Humboldt University’s Institute of Social Sciences was packed. According to the speaker, Holm had been the one listening to the tenant’s protest and had carried their concerns and wishes.

The indignation about his dismissal is more than clear. Many statements like this were made. The students had invited local initiatives concerned with city politics and developments in their respective districts on that Friday. One could observe how numerous they were. “Kotti & Co”, “Tenants of the Otto-Suhr-Siedlung”, “Stadt von Unten”, “100% Tempelhofer Feld” were all united in their anger at Berlin city politics. 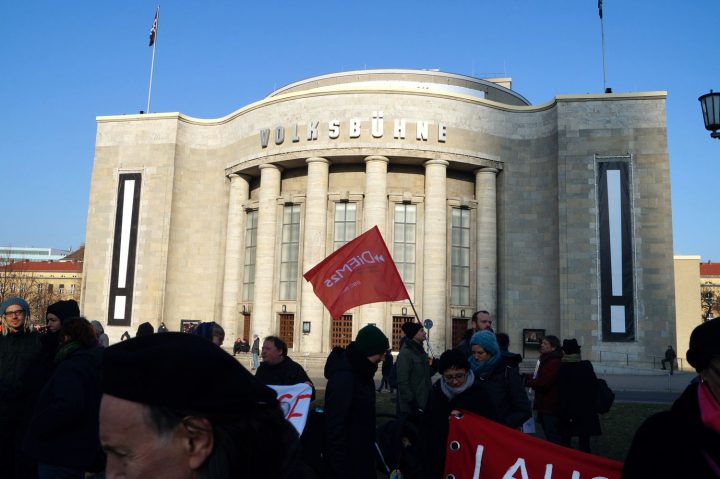 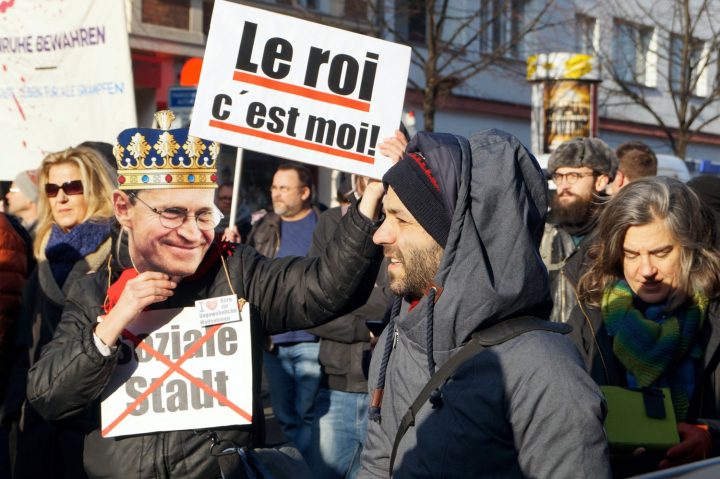 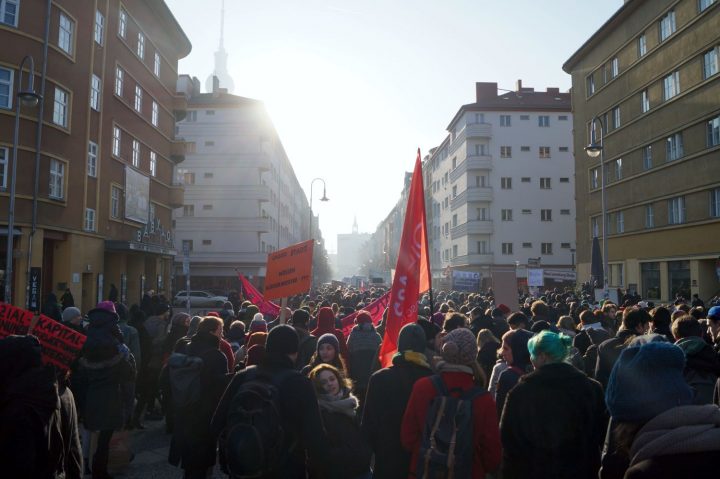 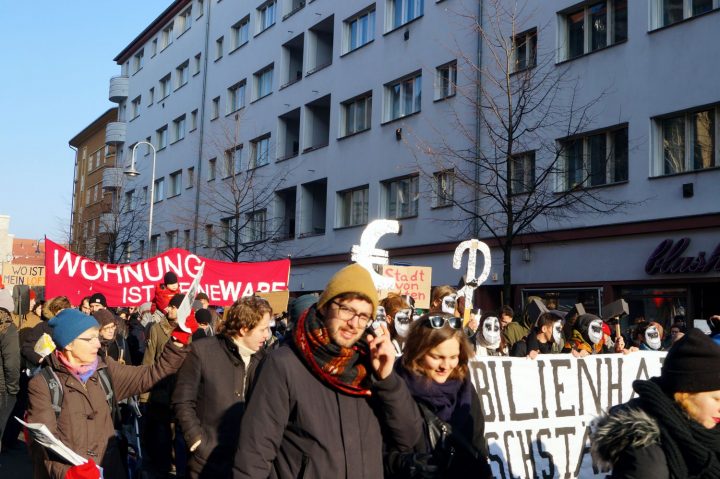 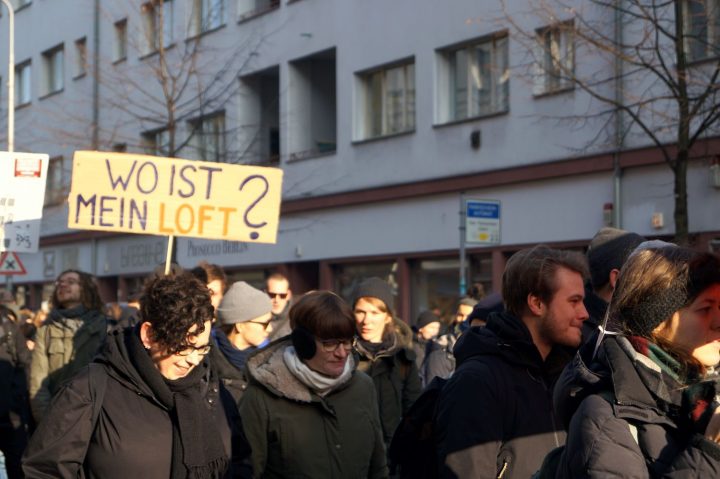 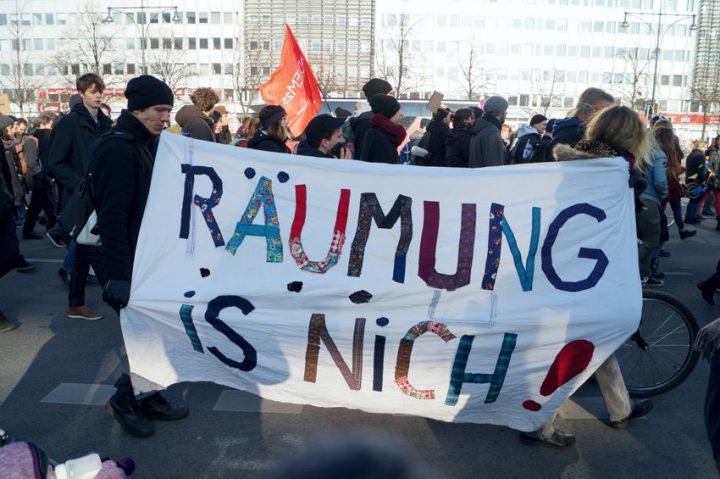 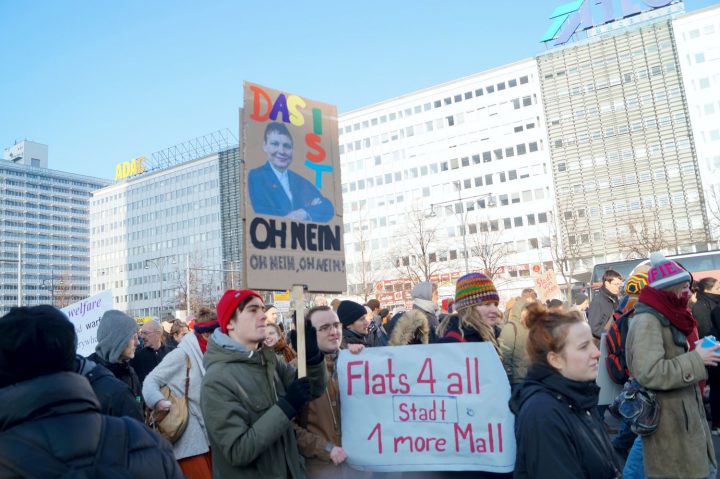 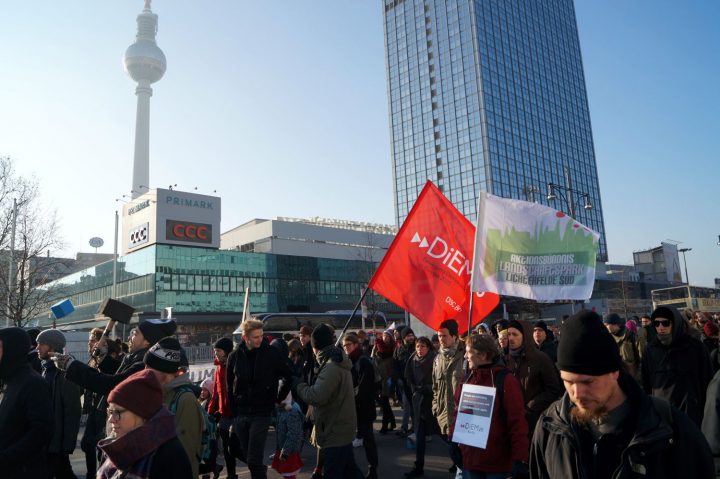 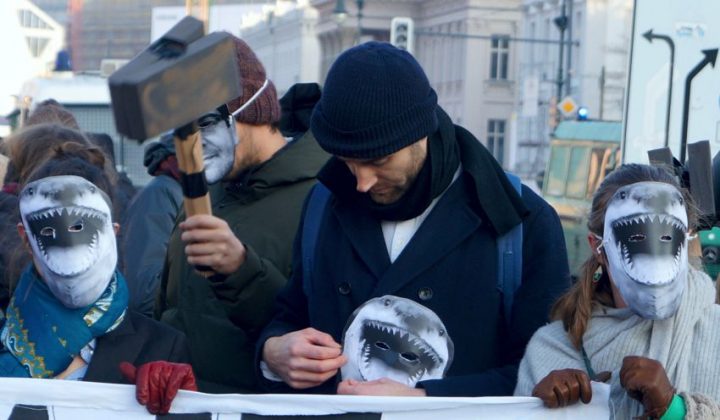 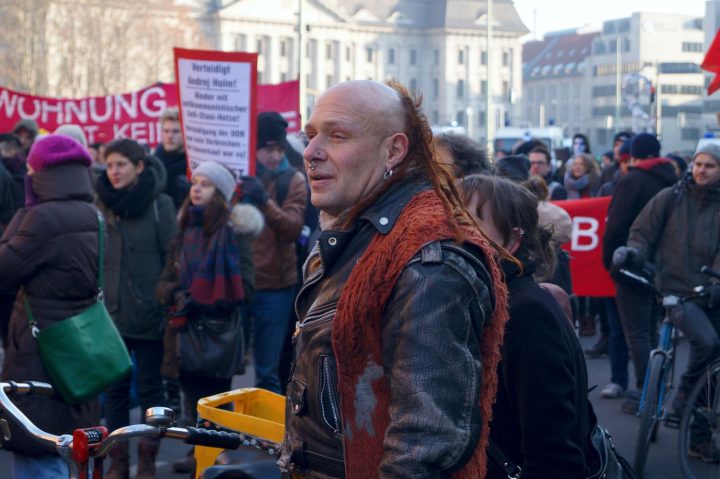 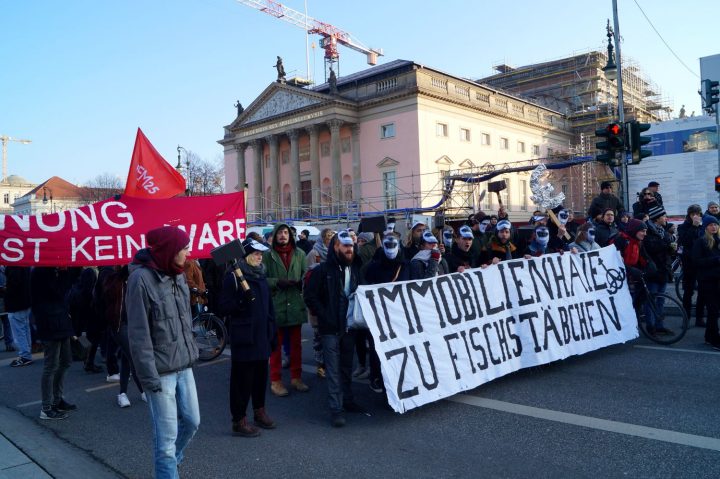 It has become clear how this is about more than the Holm case. The political atmosphere is tense. It seems, as if many were waiting for the opportunity, to voice their anger. “Presence and political Resistance” doesn’t take place often enough, commented Max, a student of Humboldt University, who for days had spent his nights at the institute. He feels “general dissatisfaction” and now finally has found a space to express himself through the occupation. But where does this dissatisfaction stem from?

Everywhere in German cities the rent has risen in recent years. Even rooms in student dorms start at 400 Euros. Discrepancies of economic development can be felt directly. While tax income flourishes as the State is reduced in size, and companies and international financial capital reap unimaginable profits, academics but also craftsmen slip into financially precarious situations.

To blame is the often mentioned widening gap between the rich and the poor. It is macro structures like institutions, States and organisations with gigantic revenue on the one hand, and the many individuals on the other; “those above and us down here”. It is abstract.

Recently, Die Zeit dedicated an entire dossier to this trend. Democracy is in danger, was their message. “Previously the German Parliament had many members that only [sic!] went through primary or secondary education. They were tool manufacturers, craftsmen, simple people.” Today this is not the case anymore, which is why increasingly these groups no longer feel themselves represented. It is only logical that a political vacuum has formed. Those most accountable for this development are the political parties. Anyone asking around about the upcoming federal parliamentary elections often encounters general disorientation.

Party expenses for professional communications consultants have multiplied over recent years. Any rigid distinction between content becomes increasingly difficult to find. Parties themselves have become parties of professional voters. True to the teachings of the market economy, parties look for voters, like companies search for their customers. The alignment of political parties with topics that promise the biggest share of voters leads to the marginalisation of parts of society. Or, in the words of sociologist Didier Eribon, the neglect of entire social classes.

What our world is living at the moment is a vacuum of representation filled by parties and individuals who preach a bizarre and one-dimensional world view. AfD, Front National, Geert Wilders, Donald Trump. It seems almost ironic that it is this year that Germany, France and the Netherlands hold elections: countries in which unidimensional populists from the right have found their way into the middle of society. Their victory is a victory of “Irrationality” as an editor recently called it. The true meanings of “postfactual” or “Fake News” are visualized brightly and vividly this way.

The grave changes in the structure of society, the transition from industrial to service societies, urbanization and migration, they all pose a new social question, one that should be read focusing on city politics, as city councillor for housing in Berlin, Ephraim Gothe, contends. And the market will surely not solve it. For this reason alone, Gothe wants to convert city politics into a “real leftist project”, as the Tagesspiegel wrote. The Holm case spreads major distrust in this context. Actually, there is no reason to think about city politics without thinking of financial politics. And finance and speculation are running wild, as can be seen. Selling something is fast, to take it back into communal ownership is a long, embattled, legal process.

The political and social questions, big or small, are local. Globalized politics deciding over the heads of people is abundant, just not in the here and now of the population. In their housing and lives. If the Berlin government wants to reverse this trend it will have to listen to numerous initiatives in city politics and let them participate in decision making, also to pull the rug out under right wing populism. The government will have to foster direct participation and the integration of citizens and social movements into the political decision making process.

Back in mid-2016, the political scientist Wolfgang Merkel of Humboldt University warned that young leftists and students had lost their connection to the “lower class”, that they had oriented themselves in the direction of global elites. The student occupiers of the institute of social science of Humboldt University have proven the contrary. Through the forum they provide to local initiatives and movements in city politics, for a “Stadt von Unten”, a city from below. They have made the first step towards a critical and local public that demands its right to participate.

They were all present on this sunny Saturday in the heart of Berlin. United and loudly they demonstrated in front of the Rotes Rathaus, (the city hall), the Humboldt Forum, the city palace, the old city hall, the Volksbühne. “These people want their city back,” is what someone said. She participates in the movement “Democracy in Europe Movement”: DiEM for short. She explains that DiEM wants to connect the “rebel cities” of Europe. Her role model in this respect is Naples, the only major European city that brought its water supply back into public ownership. “This shows the need for change from below”.

Wandel von Unten, change from below, that is what the demonstrators call for among the historic buildings of Berlin.