8 Oct 2016 – “Never again!” is once again brought to our attention as we are facing killing and suffering of civilians on a large scale. The Syrian city of Aleppo is under siege and the United Nations warns that the city may be totally destroyed in two months. UN Senior Advisor Jan Egeland noted that “we need to be [ruthlessly] honest with ourselves, and there is no doubt that we are failing an increasing number of civilians in Syria at this point.” 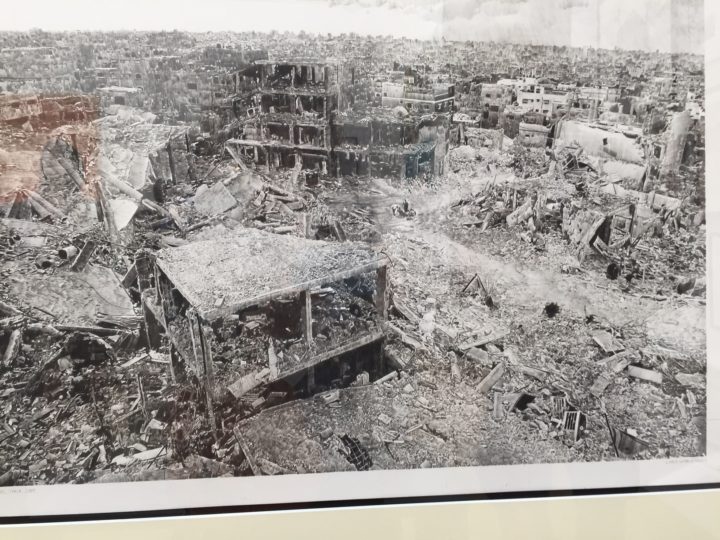 Almost simultaneously columnists in the Washington Post and the New York Times suggest that inaction green-lights war crimes and remaining passive has already been linked to the loss of half a million lives in Syria respectively. The columnists Samer Attar and Nicholas Kristof are no warmongers. Quite the opposite, Attar is a surgeon who volunteers with the Syrian American Medical Society and Kristof’s regular commentaries consistently show his intellect and empathy on human rights and social justice issues. Unfortunately, however, both commentaries are symptoms of a broader problem of how our society is caught in a thought trap, that the only choices we have when facing large scale atrocities are either military action or complete inaction.

The conflict in Syria has shown over and over again how diplomatic efforts have failed at different levels. Sitting in our thought trap, the first thing that comes to mind is that all has been tried, now it is time to bring out the big guns – literally. And when we see the images, videos, and tweets of all the suffering, who would argue against saving people? Let me be clear. At a certain time, in a certain place, a certain group of people can be saved through a military intervention. However, military intervention will always make the overall situation worse and the prospects for constructive transformation of the conflict will shrink. Moreover, while lives might be saved somewhere, additional lives will be taken. And we have to face the reality. A military intervention will always take innocent lives.

A military intervention is the introduction of outside military forces into an existing conflict. This takes place through means including the introduction of weapons and arms, air strikes, and combat troops to intervene in an armed conflict. It is the use of deadly force on a massive scale. Intervention by any name—military, humanitarian, coalitional, treaty organization, peacekeeping–is war, and wars are by nature destructive. There is violence, death, and suffering. In other words, when we are talking about a humanitarian military intervention, we are talking about a complete oxymoron: declaring the intention to defend life, while actively taking lives.

It is time to follow a new path. A path that is not informed by some sort of perceived naïve pacifism, but by rigorous analysis of nonviolent alternatives without a so-called military option as part of the picture. The military option needs to be taken off the table, otherwise all the other approaches are facing a counterforce and are directly undermined.

Unlike Dr. Attar and Nicholas Kristof I have not seen overwhelming suffering on the ground. Moreover, I can’t speak for those under siege in Aleppo and will certainly not judge those who desperately call for help through military intervention. I also want to make sure that “never again” becomes a reality. I am not making moral appeal. I am part of a community of practitioners and academics who are well qualified and have accumulated tremendous experience in providing evidence that the many nonviolent, yet forceful, alternatives are always preferable to military interventions.

The broader public is not yet well informed about all those possible measures. Research shows that people in the U.S. assume that the use of military force is the last resort and that there is a proven decline in war support when alternatives are presented. Many of them are already being used in Syria at various levels. The International Center on Nonviolent and Waging Nonviolence publish an abundance of news and analysis of nonviolent forms of conflict around the world, including on Syria. When unchallenged, all calls for military intervention continue to drown out the voices calling for the multiple viable nonviolent alternatives. If we don’t use them, it is not because they are unavailable, but because of artificially imposed constraints, lack of interest, or self-interest. While no magical solutions, we know they work better.

Patrick. T. Hiller, Ph.D., syndicated by PeaceVoice, is a Conflict Transformation scholar, professor, on the Governing Council of the International Peace Research Association, member of the Peace and Security Funders Group, and Director of the War Prevention Initiative of the Jubitz Family Foundation.