“In many ways the world we live in is unjust and inhumane, especially towards young people. Our social model is established on unlimited economic growth, the extensive use of natural resources, the predominance of capital, domination structures, patriarchy, competition, violence, confrontation, conflict and war. Capitalism and militarism reinforce themselves, destroying the livelihoods of all beings.” That’s how the draft of the Declaration for Demilitarization and Youth begins, which was developed in the preparation meetings for the Youth Gathering of the Disarmament Congress that starts in Berlin end of September 16.

Finance Peace instead of War

In the midst of worldwide armament, NATO exercises in Eastern Europe, wars in Middle East and Ukraine – to mention only a few conflict zones – the International Congress, initiated by the International Peace Bureau (IPB), wants to give a strong, rational, backed by science but also moving signal for disarmament and a climate of Peace. The consensus is that we will not solve our problems with military violence. The immense funds that are spent in wars and war equipment (1,7 trillion US $ in the year 2015) are in no way justified by the result. Instead, peace should be financed in at least comparable magnitude: economic aid programmes, wise projects for mediation, overcoming violence and reconciliation and many other concepts for conflict resolution that are developed and tested already.

“What is special about the Congress”, Lucas Wirl, who organises the Youth Gathering, says, “is that it gives not only analyses and criticism, but also shows a possible way out, which we want to discuss with all social environments.” To this end, international union associations, economists, environmental associations and representatives of different religions are supporting and participating in the congress. Additionally scientists for peace and conflict resolution, experts in disarmament issues and peace activists are joining the discussion.

The youth are especially targeted by the military

„Young people are especially affected by the military development in the world“, Wirl says. They are a target group for recruitment by terrorist groups but also by national armies. The Bundeswehr (German army) is going ever more intensively to schools and places of young people, making seductive offers to them and suggesting to young people a safe future that is in contradiction with the high probability that they will be sent to war. “We must oppose that“, says Wirl.

But one thing we need to discuss at the congress, says Wirl, is the critique against the capitalist system, which the preparation team regards as closely interwoven with militarism. Consumerism, unequal opportunities, competition: many young people say, “something is wrong here.” One guy had said during the preparation, the world leaders were obliged to provide the tools for young people to shape the world: “Young people must take what they need. They should not just ask politely.” Lucas Wirl says: “The declaration is about the transformation to a culture of cooperation and nonviolence.”

The concrete program of the Youth Gathering is not of so much interest to him, Wirl says. There will be talks and discussions and also a leisure program. It is important to start talking to one other. That the 50 to 80 young people from 15 different countries tell their stories, difficulties and experiences and end up with a common declaration. “Communicating and listening”, Wirl hopes, “and that a feeling of community is created.” The next big goal would be the organisation of an independent World Youth Congress for Peace.

Young people can still register for the Youth Gathering. Wirl emphasizes that there is no age limit. “Also people who feel young or who work with young people are welcome.” In case someone has no accommodation, the AStA (students association) offers to stay in their rooms with sleeping bags. And Wirl points out once more the importance of the Gathering: “We will not proceed if young people do not start to organise and take responsibility.”

Registration for the Youth Gathering 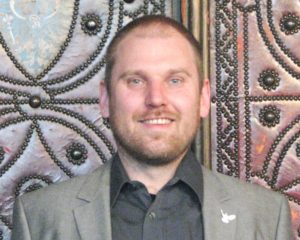 „The most important value for me is solidarity. With this I mean first of all solidarity between the strong and the weak. Another thing is the mutual understanding: to approach each other, to listen and to learn from each other. Nowadays some groups do not want to understand each other. There are real campaigns. And the third: Time, that you can rule independently and freely over your time.” [in my interviews I always ask my interview partners about the values that count most for them, note by the author]