Money is the key: that genius innovation for storing general value and exchanging specific values according to price. Not strange, that heads of state had their faces imprinted on coins and bills.

But not on cents and euros. The EU is faceless. Brexit is not.

Coins and bills are fading; not money, capital, and its growth. Look at The Richest Man Who Ever Lived: The Life and Times of Jacob Fugger by Greg Steinmetz, brilliantly reviewed by Martha Howell (TNYRB, 7 Apr 2016). Born in 1459, in that pivot German city Augsburg, he died in 1515, and here is how he used the system:

“Fugger expanded his business from trade and used his ability to provide ready credit in order to secure rights to productive assets, such as mines that reliably yielded returns over considerable periods of time. He made princes, in this case the Habsburgs dependent on his money. He financed their elections to the sponsorship, extended loans to pay their armies, and bribed their enemies to keep them at bay.”

Sounds familiar? Half a millennium ago. Solid. There is more to it:

“-wealth was made not in production as Marx thought but in “arbitrage” trade, where goods like silks and pepper, gold and silver, furs and wax, were bought cheap and sold dear. -wealth came from long distance trade, and the longer the distance traveled, or the more difficult the journey, the more mysterious the origin, the more rare the goods transported, the more exotic or the more vital to rule the products supplied, the greater the chance for profit”. Like David Ricardo.

Even if Marx missed that point[ii], Fugger did not. He settled on pepper, and became richer than the Medicis, Rothschilds, Rockefellers. Considerable risk-taking, gambling, speculation, were parts of it.

What corresponds to pepper today? Drugs, for deeper tastes. Making drugs illegal increases risks and hence the price. If demanded, products from Moon-Mars-Venus would fetch even higher prices. 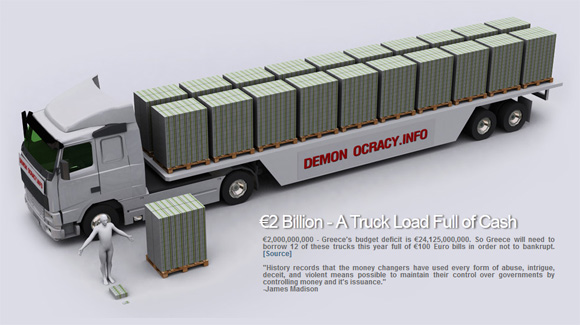 What is new is on the money side: processing money into financial objects at ever-higher complexity, derivatives, with enormous amounts to gain and lose. No investment, no contact with the real world, only with the virtual finance economy world, speculating also with other people’s money, often ruining them. Fugger would have joined with enthusiasm, like the (Spanish)-Portuguese-Dutch-English; “invariably aided by ruthless exploitation of human labor and natural resources”. Capital grows, many humans and much nature deteriorate; then as now.

The real economy extracts resources from Nature, processes them through Production, distributes to Consumption through trade, sending waste from production and consumption back to nature. An astounding amount and variety of products–goods and services–available on the market on a demand-supply basis to those who can afford the price. But there is no built-in protection and enhancement of humans and nature, only of capital. Hence, the term capitalism–as opposed to humanism, naturism, or a mix of the three–for that economy is entirely correct.

The not built-in must come from the outside. States, which helped Capital work the way it does, may come to the rescue. The State can regulate Capital, and be deregulated, like before the 2008 crisis[iii]. Limitations on capital flowing abroad can be lifted: “international capital flows are now more than 60 times the value of trade flows”[iv].

That an inequitable system produces inequality, now[vi], as between Fugger and his peers, and the rest, is small wonder. The history is called modernity. The sociology is called class. The geography of “ruthless exploitation of human labor and natural resources”, by the companies and warships of the states mentioned, spells colonialism; in the Americas where the indigenous almost disappeared, in Africa with rampant slavery, and in Asia. The situation is now improving many places[vii]; not because the economy changed, but colonialism did.

A social science with data and theories about how that economy works would be economics, or “capitalistics” rather. Marx did that, predicting its demise. The economy had obviously gone, was, wrong[viii].

Economics also went wrong[ix] as mathematized, contradiction-free virtual real economy, latent with a manifest equilibrium in its womb. Not Aristotelian statics with things in natural places; but Galilean-Newtonian dynamics with static laws. Balances: “willing buyer-seller” (no side-effects), demand/supply (but demand/supply-driven economies), Smith’s invisible hand turning egoisms into altruism (but not yet).

Enters daoism: in balance there is imbalance, and vice versa, forces and counter-forces, contradictions. The West needs more daoist thought and less modeling frictionless mechanics and virtual economies on each other[x] The sciences of politics and society were more open to change and alternatives, not trying to canonize any present version like economics did. Why? Because domestic and global elites found alternatives meeting their interests whereas economics already did?

Companies-states were bodies, capital the position, its growth was the distance covered, rate of growth the speed, maybe accelerating, A. By laws of nature, bodies move and companies-states accumulate capital. To accelerate from feudal statics takes entrepreneurial force E=MA; M being the levels of inertia of the company-state, to be overcome.

Beautiful, but celestial bodies either move in circles-ellipses like planets and satellites, or linearly, like meteorites with a crash and a crater, hole, like for the pensioners whose savings disappeared. That in a finite world linear growth ends as if that has not sunk in.

An “economics” only for the quiet, balanced is like a meteorology for calm and breezes, not for gales, storms, let alone hurricanes. Beaufort 0-6 at most, not 7-12. We would not accept that meteorology.

The remedy? An economy centered on meeting basic human and nature needs, and empirical-critical-creative economics exploring how to do it[xi].

[i]. A personal example: As an author, I may get 13% from the sale of my books; the shop selling them 40%. Cut out the shop and Amazon accumulates the money. Cut out printed books–

[ii]. Marx did it his way in “On the Jewish Question”, linking capitalism to Judaism and the overthrow of capitalism to “the emancipation of mankind from Judaism”: “The Jew–has acquired financial power–insofar as through him and without him money has risen to world power and the practical Jewish spirit has become the practical spirit of the Christian peoples. The Jews have emancipated themselves to the extent that the Christians have become Jews”. Michael Walzer, reviewing David Nirenberg Anti-Judaism: The Western Tradition in TNYRB 20 March 2013 debunks Marx and others with a dialectic approach to Judaism and Jews, but the point here is Marx’ view, not Walzer’s.

[iii]. See Paul Krugman–admitting he did not foresee 2008–reviewing Mervyn King, The End of Alchemy, Norton, in TNYRB 14 July 2016.

[v]. Barbara Harriss-White, “Poverty and Capitalism”, Economic and Political Weekly, 1 April 2006, discusses 8 processes–and counter-processes–mitigating poverty; having in common that they have to come from outside the capitalist system. The same applies to the “15 Roads to Equality” by Norwegian economists discussed in Klassekampen October 2015. However, for the 23 to be “built into the economy” the economy has to have another focus than capital growth.

[viii]. Edmund Phelps “What Is Wrong with the West’s Economies?”, TNYRB, 13 August 2015: lack of justice; Bentham’s maximizing “sum of utilities” by redistributing from high to low, Rawls’ taxes and subsidies “to pull up people with the lowest wages”. But rather than abstract “lack of justice–meaning what?–the simple answer is “concrete suffering of humans and nature”.

[ix]. In “What’s the Matter with Economics?”, TNYRB, 18 Dec 2014 Alan S. Blinder–mainstream economist and textbook author–argues against Jeff Madrick Seven Bad Ideas: How Mainstream Economists Have Damaged America and the World, Knopf; also see the follow-up exchange in TNYRB 8 Jan 2015. The Seven ideas are major doctrines by economists, No. 1 “the invisible hand”. The book is reviewed favorably by Paul Krugman, “The dismal science of economics”, INYT, 27-28 Sep 2014: “Hardly any economist predicted the 2008 crisis”-“Economists presented as reality an idealized vision of free markets, dressed up in fancy math that gave it a false appearance of rigor”.

Also see Krugman’s review of R B Reich, Saving Capitalism: For the Many, Not the Few, Knopf, in TNYRB 17 Dec 2015; a more dubious thesis.

[x]. Joel Kaye, A History of Balance, 1250-1375: The Emergence of a New Model of Equilibrium and Its Impact on Thought, Cambridge University Press, argues that the economy and the role of money inspired mechanics rather than vice versa.

*Johan Galtung, a professor of peace studies, dr hc mult, is founder of the TRANSCEND Network for Peace, Development and Environment and rector of the TRANSCEND Peace University-TPU. He has published 164 books on peace and related issues, of which 41 have been translated into 35 languages, for a total of 135 book translations, including ‘50 Years-100 Peace and Conflict Perspectives,’ published by the TRANSCEND University Press-TUP.