GENEVA, Jul 29 2016 (IPS) – On 1 July 2016, the Human Rights Council (HRC) of the United Nations in Geneva adopted a Declaration on the Right to Peace by a majority of its Member States. It is the result of three years of work with all stakeholders led by Costa Rica, through its Ambassador Christian Guillermet-Fernández.

The draft resolution L. 18, in which the Declaration was annexed, was presented by the delegation of Cuba. In its presentation, they highlighted not only the hard work of its Chairperson-Rapporteur, his team and Secretariat during the negotiation and preparation of this text.

They’ve emphasized that the adoption of this Declaration is framed in the context of the bilateral ceasefire and cessation of hostilities signed in Havana, between the Government of Colombia and the Revolutionary Armed forces of Colombia-People’s Army (FARC-EP) on 23 June 2016.

While Costa Rica has provided the necessary guidance towards its completion from the first session of the Working Group on the Right to Peace, held in February 2013, to the last session in April 2015 in Geneva, the HRC’s work was aided by the invaluable mobilization and leadership shown by public figures from the world of art, culture and sport, gathered around Peace Without Borders founded by Miguel Bose and Juanes.

Furthermore, the wide-ranging civic engagement is reflected in the wording contained in the first article, which states that “everyone has the right to enjoy peace”.

In light of this Declaration, the main elements of the right to peace agreed among the various international actors, including most of the civil society organizations which actively participated in the intergovernmental process, are the following:
the principles contained in the Charter of the United Nations; the absolute obligation to respect human rights in combating terrorism; the realization of the right of all peoples, including those living under colonial or other forms of alien domination or foreign occupation; the recognition that development, peace, and security and human rights are interlinked and mutually reinforcing; the peaceful settlement and prevention of conflicts; the positive role of women; the eradication of poverty and sustainable development; the importance of moderation, dialogue, cooperation, education, tolerance and cultural diversity; the protection of minorities and the fight against racism, racial discrimination, xenophobia and related intolerance. 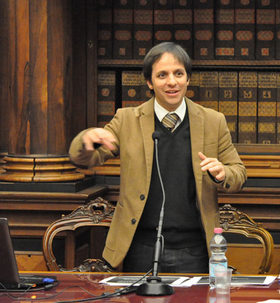 In promoting the right to peace, it is imperative that we implement the Declaration and Programme of Action on a Culture of Peace, which focuses its attention on human security and the eradication of poverty, disarmament, education, development, environment and protection of vulnerable groups, refugees, and migrants.

The Declaration invites all stakeholders to guide themselves in their activities by recognizing the great importance of practicing tolerance, dialogue, cooperation and solidarity among all peoples and nations of the world as a means to promote peace. To reach this end, the Declaration states that present generations should ensure that both they and future generations learn to live together in peace with the highest aspiration of sparing future generations the scourge of war.

At the level of implementation, the Declaration recognizes the crucial role of UNESCO, which together with the international and national institutions of education for peace, shall globally promote the spirit of tolerance, dialogue, cooperation, and solidarity. To this end, the Declaration recognises in its operative section that “University for Peace should contribute to the great universal task of educating for peace by engaging in teaching, research, post-graduate training and dissemination of knowledge”.

Thanks to research, the academic contribution and the trust of many people, governments and institutions, this joint adventure has successfully concluded in Geneva. In particular, the Declaration is the result of the important role played by some sectors of civil society for years, which have shown that genuine dialogue among all stakeholders and regional groups are the foundation of peace and understanding in the world.