Executive Producer Francisco Granella, Pyramid Productions Chile commented that “It is an honor to learn that Silo, a Spiritual Path was recognized by the Accolade Global Film Competition and received an Award of Merit, Special Mention. Thank you to everyone involved! This documentary is a celebration of one of the most important social and spiritual guides to emerge from Latin America in recent times and we are excited to share the film with you soon.

The Accolade recognizes film, television, videography and new media professionals who demonstrate exceptional achievement in craft and creativity, and those who produce standout entertainment or contribute to profound social change. Entries are judged by highly qualified professionals in the film and television industry.

In winning an Accolade, Silo, a Spiritual Path, directed by Pablo Lavin joins the ranks of other high-profile winners of this internationally respected award including the Oscar winning production of The Lady in Number Six by Malcolm Clarke, the very talented Dave Bossert of Disney for his short documentary, The Tunes Behind The Toons, Hollywood industry veteran Ron Howard for When You Find Me and Highwire Films Australia for their popular ABC TV series twentysomething.

Rick Prickett, who chairs The Accolade Global Film Competition, had this to say about the latest winners, “The Accolade is not an easy award to win. Entries are received from around the world from powerhouse companies to remarkable new talent. The Accolade helps set the standard for craft and creativity. The judges were pleased with the exceptional high quality of entries. The goal of The Accolade is to help winners achieve the recognition they deserve.” 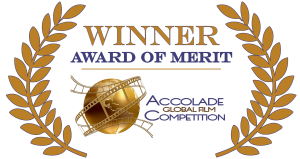 The documentary film is set against the turbulent backdrop of the 1960’s, where a new movement was beginning to take root in the small agricultural town of Mendoza, Argentina. A young man, Mario Rodriguez Cobos—later known as SILO, began to question the roots of violence resulting from the social and political repressions of his time. Repressions that he experienced personally through the military dictatorships of Argentina and Chile. Silo’s response to this particular historical moment would inspire a world-wide movement dedicated to active nonviolence and universal humanism which is still active today.

The film consists of historical footage of Silo and the political turmoil occurring in Argentina, Chile and Spain during the 60’s and 70’s. We also visit New York and Russia.

But who is Silo?

This question drives our young protagonist, Catalina, to search for answers.

Through her eyes we meet some of the people who came in contact with Silo during the earliest stages of his spiritual and social development. People who were inspired by Silo to make profound changes within themselves and throughout the world.

In Argentina we meet Tania Germ who met Silo in the second half of the 1950s following student riots at the time of the overthrow of Peron. A student of Fine Arts, she participated in the “Thing” as his early movement was called and in 1963, she was part of the first groups that formed to investigate “self-knowledge”.

In Chile we meet Carlos van Schouwen, brother of Bautista van Schouwen, one of the founding leaders of the MIR (Revolutionary Left Movement) who was captured and killed under torture by the Pinochet regime. In 1964 Carlos came in contact with Siloism and chose instead the path of active nonviolence.

In Spain we meet Eduardo Gozalo who discovered Siloism in 1973 in a Spanish bookstore, at a time when the work of Silo was prohibited by the Franco dictatorship. He worked on different projects with Silo in the last years of his life and today he works spreading Silo’s teaching in Turkey, China and the Middle East.

Catalina is on a determined search for answers to the following questions: How can the human being wake up? How can violence end? How can people find meaning in a chaotic world? The people that she meets give answers to these questions and we discover how Silo forged a new spiritual response based on his approach to nonviolence.  This global movement that Silo put in motion is now shared by thousands of people around the world, ushering In Silo as one of the most important social and spiritual guides to emerge from Latin America within the last century

To know more about the film visit www.silouncaminoespiritual.com