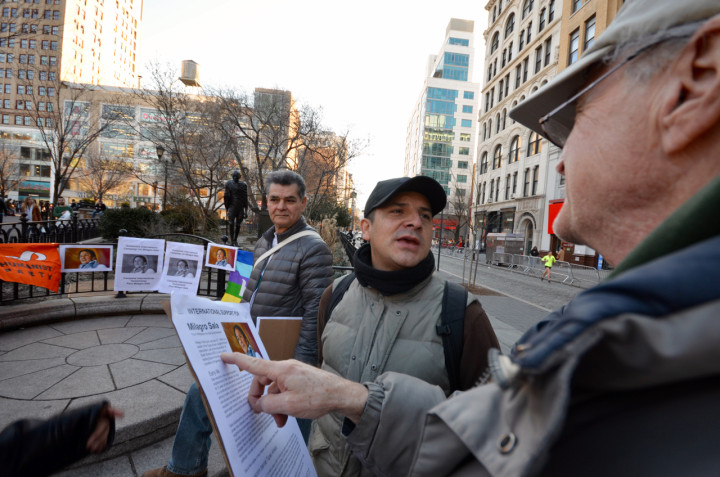 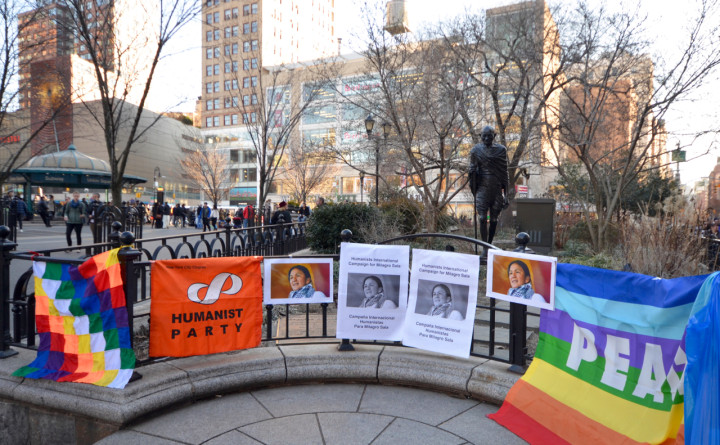 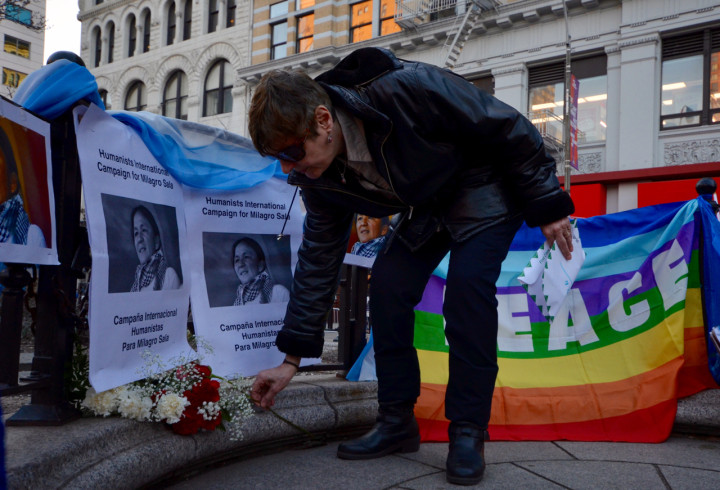 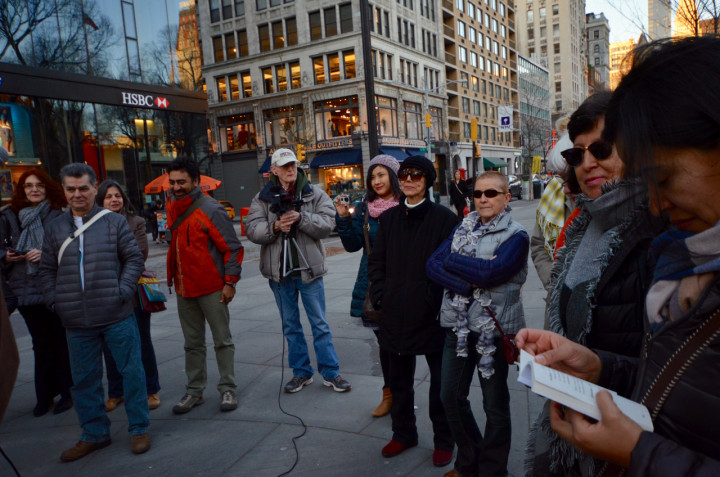 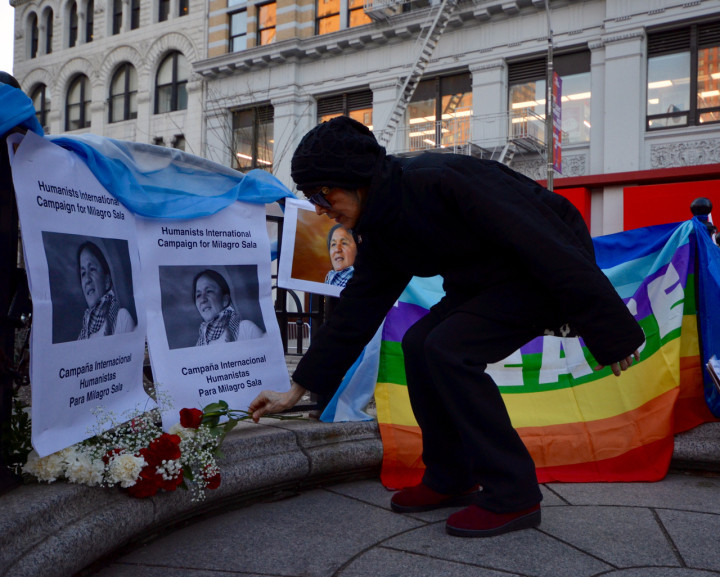 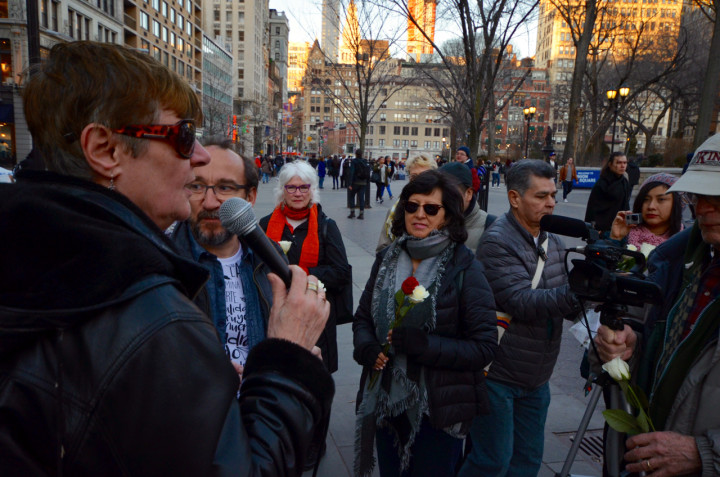 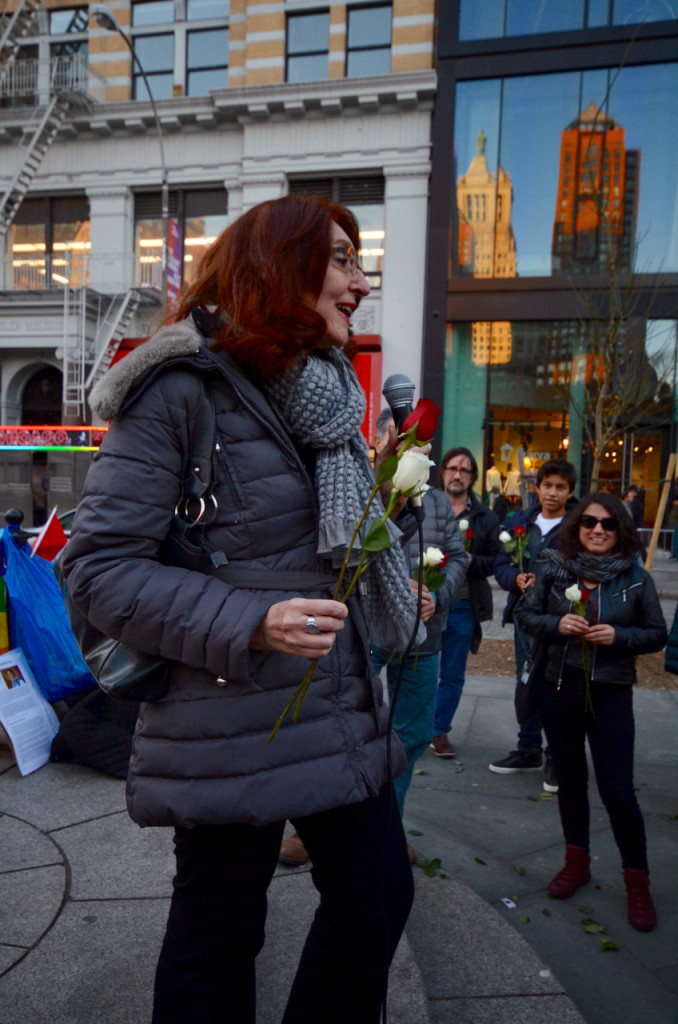 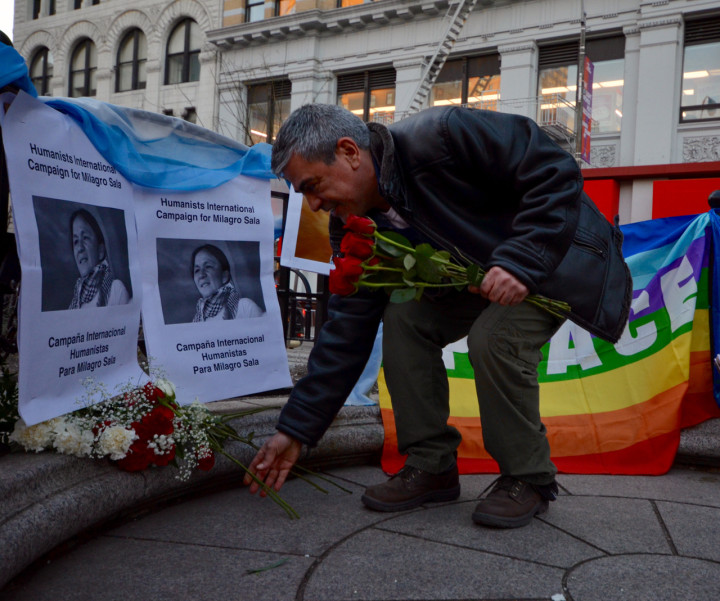 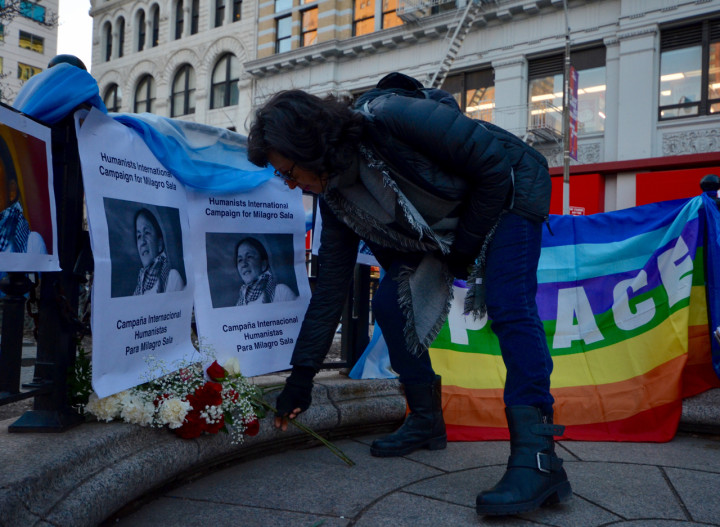 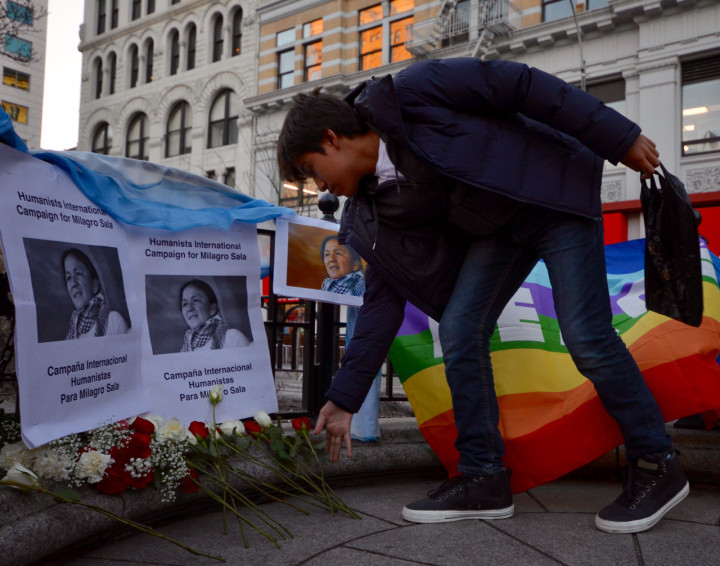 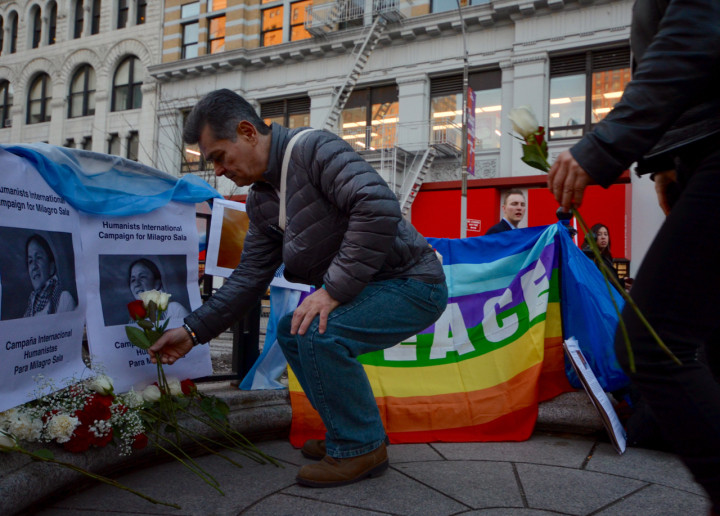 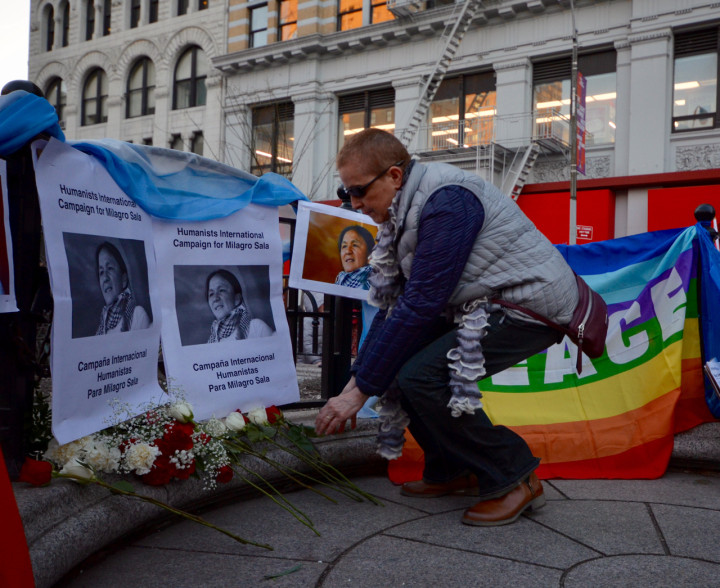 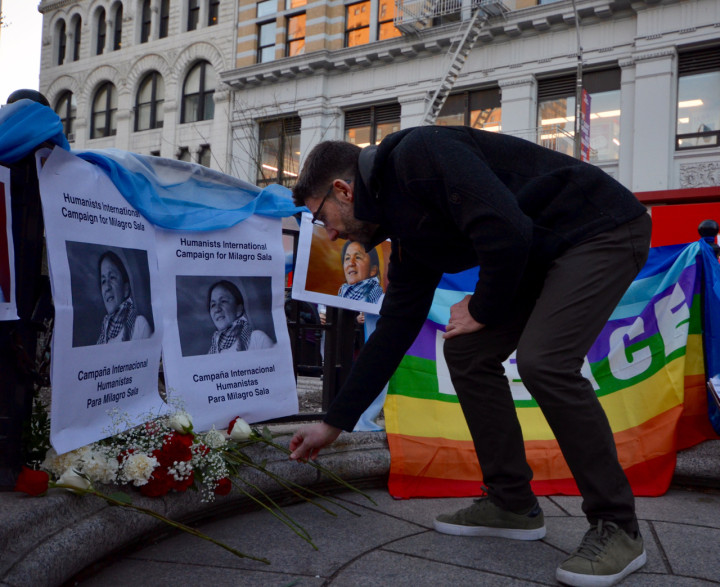 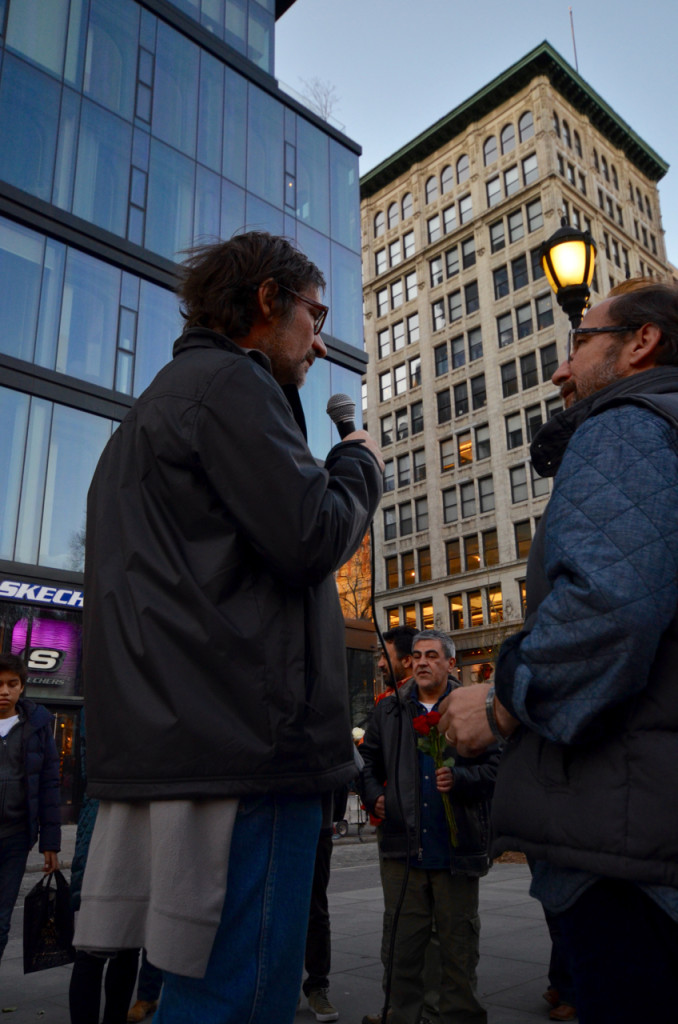 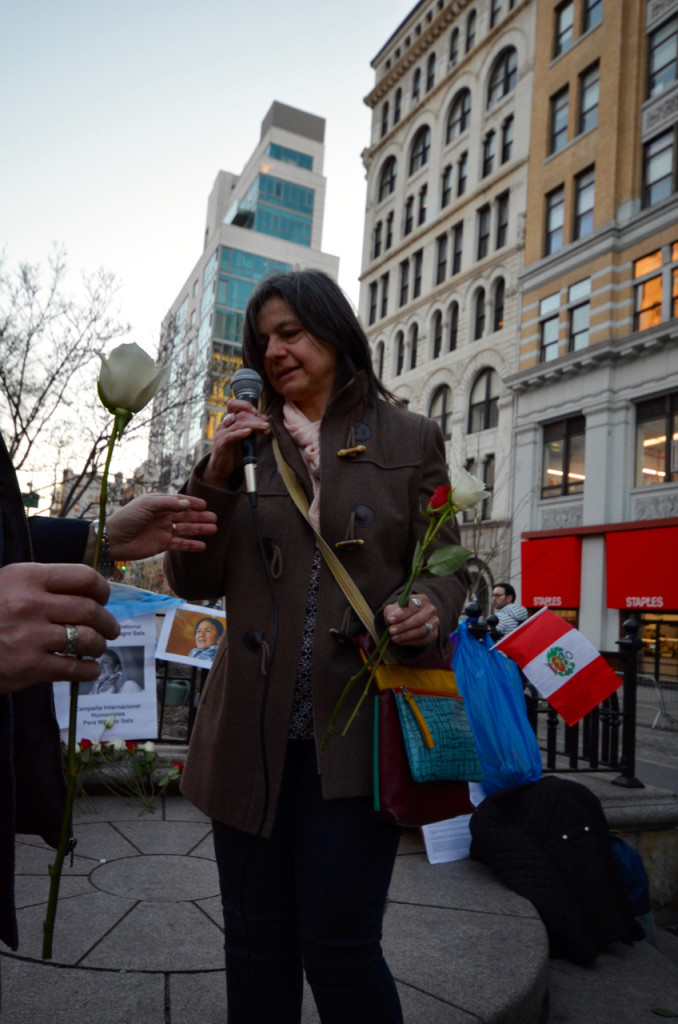 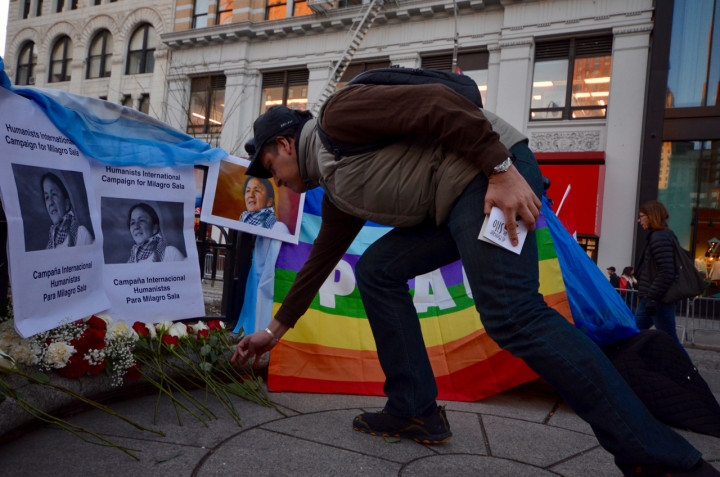 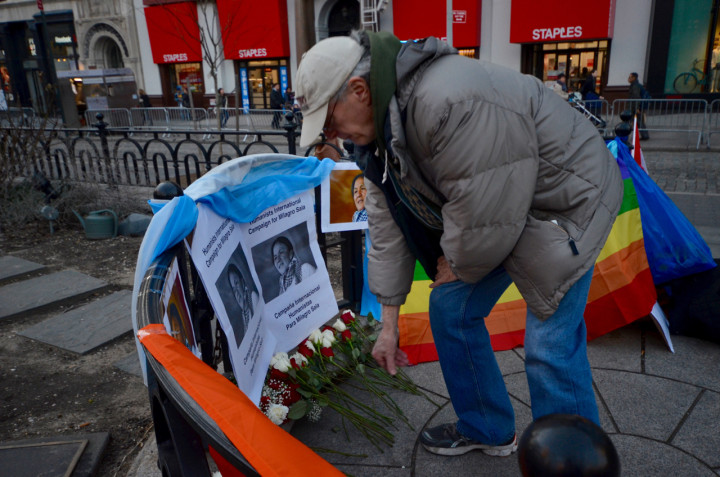 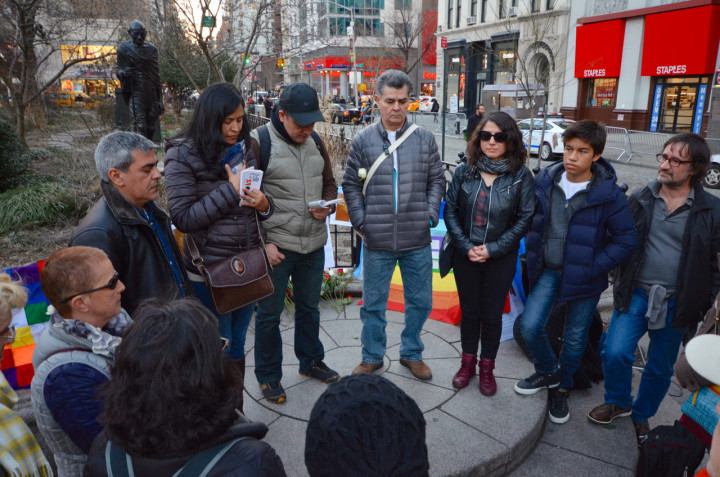 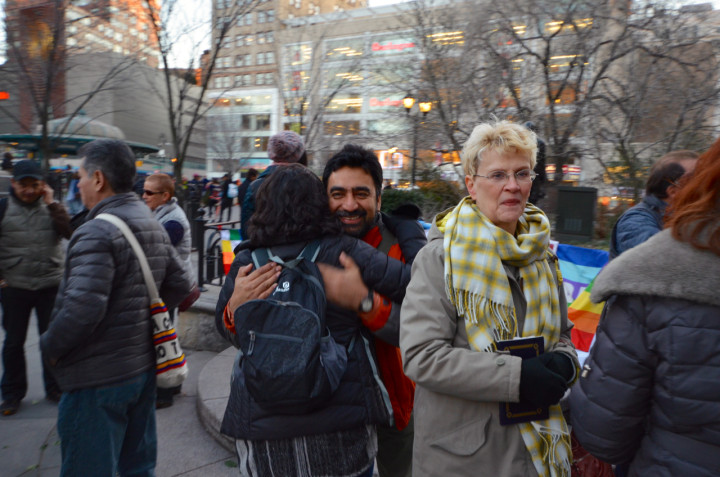 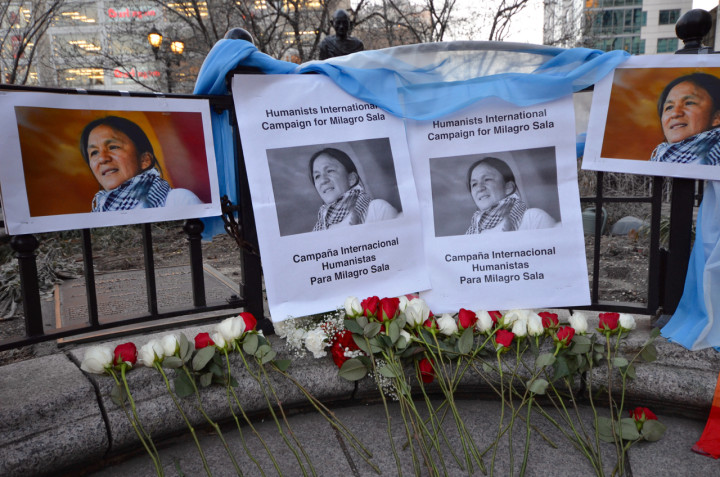 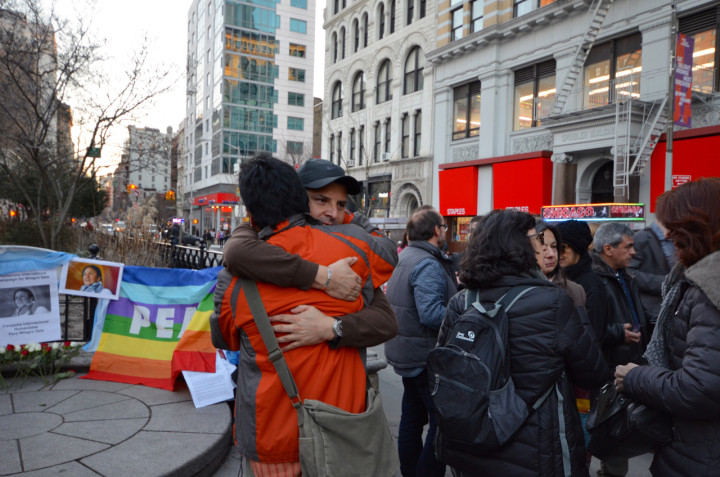 The rally was part of the International Humanist Campaign in Support of Milagro Sala. People gathered in NYC at Union Square in front of the Gandhi Statue. “We choose this place to remind us of Gandhi’s experiences of  being arrested and jailed many times during the campaign against British colonial power. He call the jails “His Majesty’s Hotels” and I want to read a quote who goes directly to Milago Sala’s situation “First they ignore you, then they laugh at you, then they fight you, then you win“. Says David Andersson coordinator of the Humanist Party. German Ramirez from Silo’s message continued by asking people to place a flower of support and give a short testimony. To close the gathering, the participants sent their best wishes of love to Milagro Sala during a Well-Being Ceremony from the book Silo’s message.

For more information concerning Milagros Sala’s work and history, you can read this article on Argentina Independent.